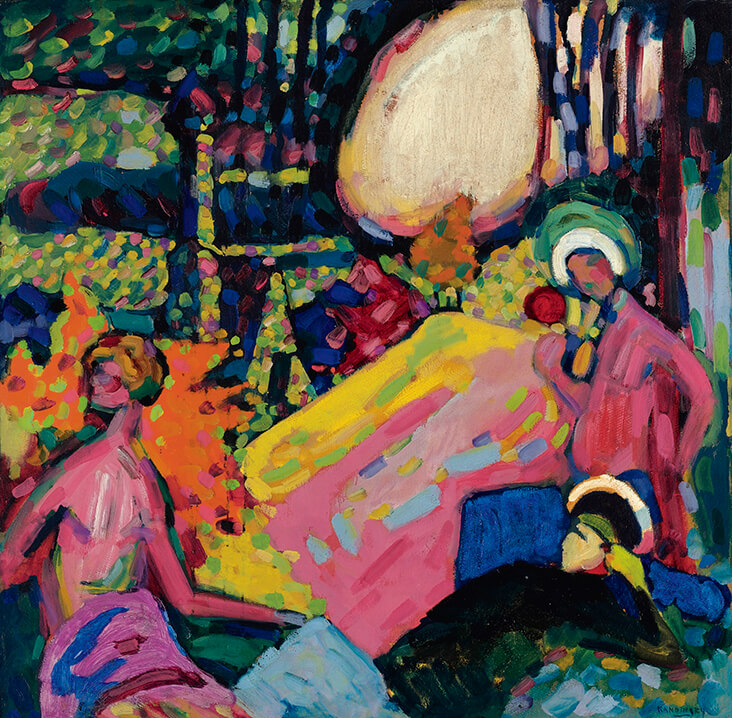 Wassily Kandinsky lived and breathed colour, letting it infiltrate his entire life. His impassioned, ferocious paintings are a testament to this, with their noisy, clanging clashes of dazzling brilliance that exude a spirit of endless optimism and hope. He was a great leader in the 20th century European avant-garde, taking art into the great and unchartered territory of abstraction. The smoky, soft pink of LILAS appeared often in Kandinsky’s art, a dreamy, mysterious shade lifted from his imagination that he brought into sun-soaked bodies, sketchy mountaintops and even the ambiguous haze of abstract space.

Kandinsky was born in Moscow in 1886, and raised from the age of five in Odessa, Russia. His childhood was filled with art, poetry and music, setting a precedent for the brilliance to come. Even so, Kandinsky initially trained in law and economics at the University of Moscow, and it wasn’t until he was 30 years old that he decided to change course and begin pursuing a career in the arts. One of the catalysts for this life change was the work of the French Impressionists that went on display in Russia in 1895; their vibrant, light-infused canvases immediately captured Kandinsky’s imagination. Kandinsky also fell in love with Russian folk art, and it was these two forces that came to define his early art. 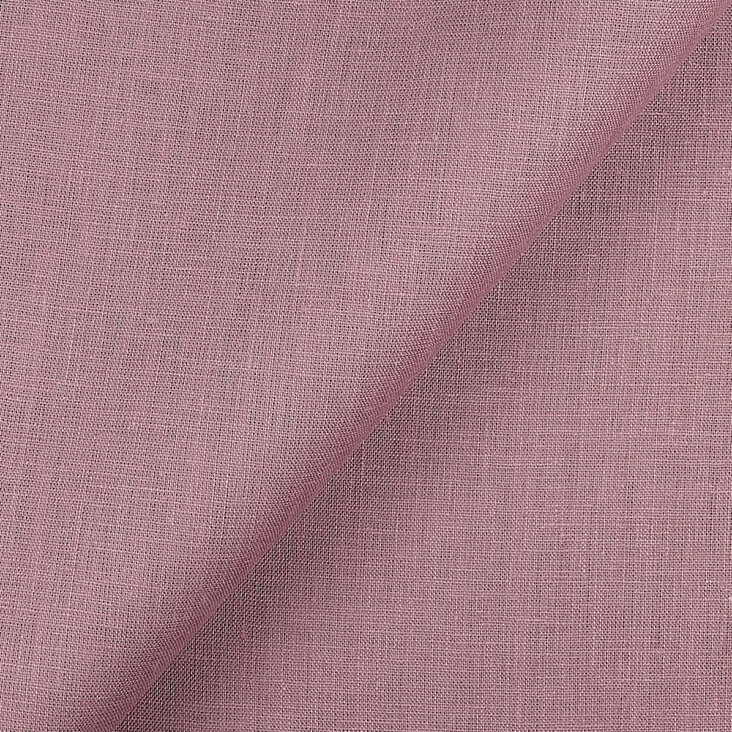 After training in the arts in Russia, Kandinsky later began travelling throughout Europe and northern Africa. 1909 was a pivotal year for the artist, who had by now settled in Munich and become a founding member of the ‘New Artists Association’, which focussed on radical, avant-garde practices. The painting Weisser Klang (White Sound), 1909 typified the artist’s approach to painting during this time, lifting imagery from the real world, which became heightened and distorted for dramatic effect. As referenced in the title, the sonorous effects of colour were beginning to spark Kandinsky’s interest, and shades of pink ranging from fuchsia to dusty rose blend into one another here like overlapping passages of mellow sound. 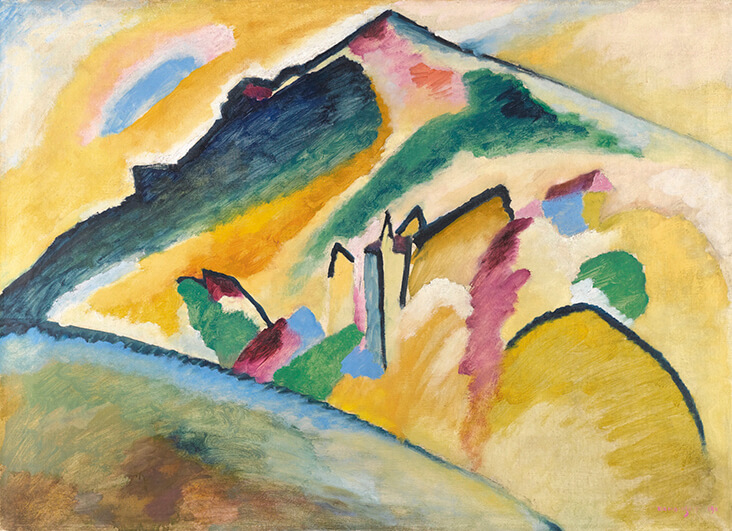 In 1911 Kandinsky founded the radical artist group ‘The Blue Rider’ alongside his fellow artist Franz Marc, and together they bounded off closer and closer into the realms of pure abstraction. The painting Herbstlandschaft (Autumn Landscape) 1911 reveals a new approach in Kandinsky’s art, which was becoming simpler and sparer, with bold, calligraphic lines and streaks of intense, expressive colour. Yellow is the overriding colour here in this fantastical, imaginary landscape, but it is cut into with dabs of soft pink that temper its bright intensity with soft warmth. 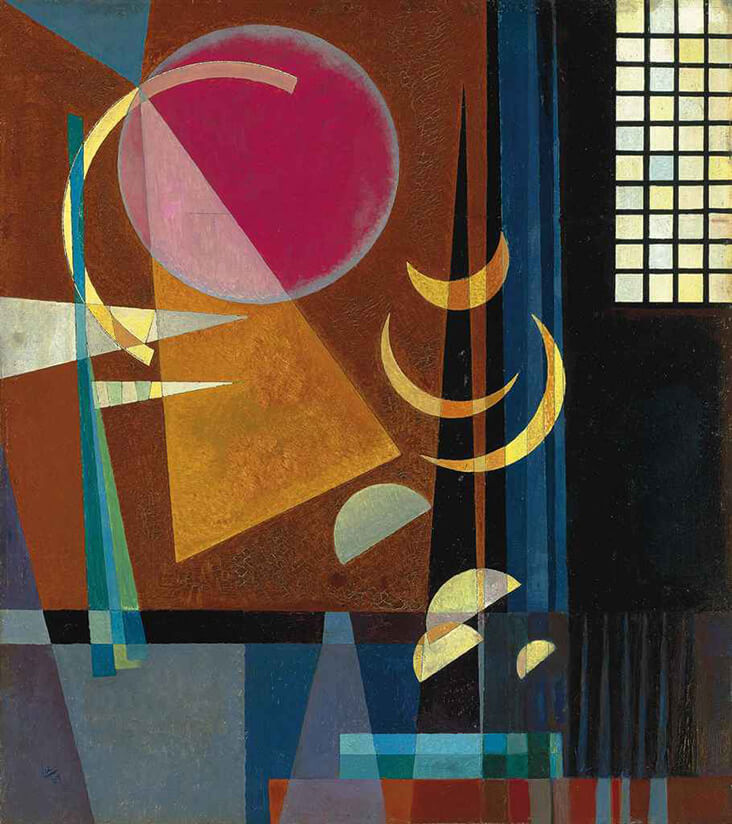 In the 1920s Kandinsky moved to Berlin to take up teaching at the new Bauhaus School. During this time Kandinsky abandoned his earlier expressionism for a language of simplified geometry, composed of brightly coloured shards and planes that seem to shift and float through abstract space. Yet the defining principles of his earlier art, namely the sonorous effects of colour and the experimentation with abstraction remained a cornerstone to his practice. In Scharf-Ruhig, 1927, Kandinsky toys with the boundaries between realism and abstraction, suggesting an interior space lit by a distant, gridded window on the right, while abstract circular and triangular shapes float free beyond it. His command of the order and balance between colours is masterful here, merging dark blue and golden shades in the background with just one glowing orb of radiant pink, a tone that shifts from brilliant hot pink to a calm and neutral rose. 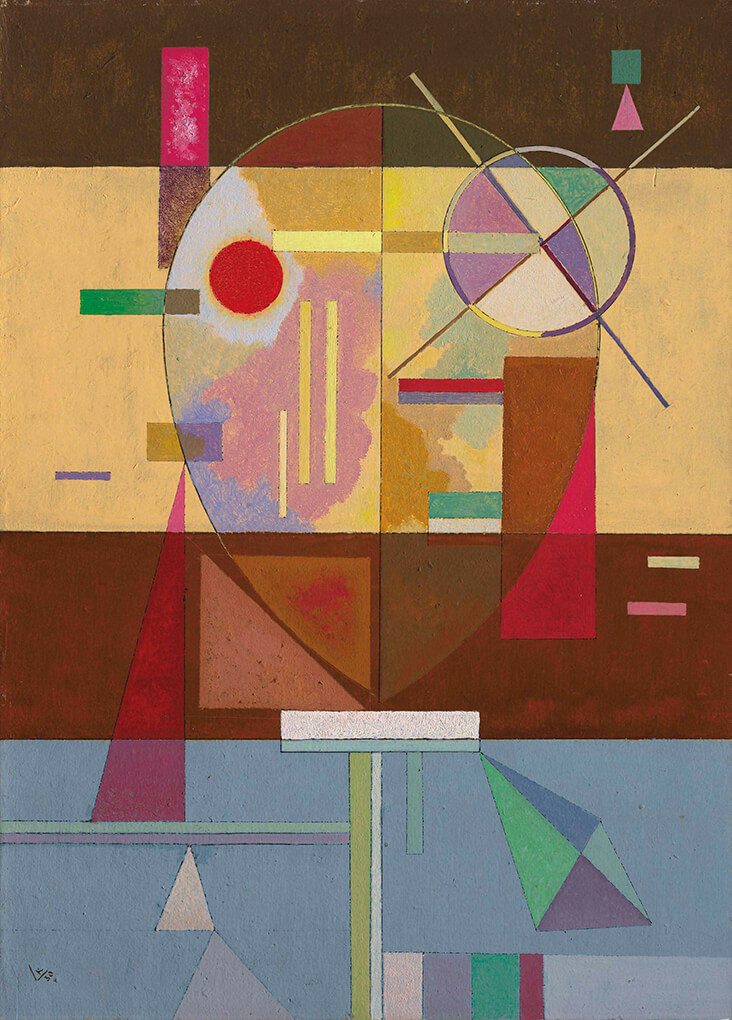 Zersetzte Spannung (Disintegrated Tension), 1930 is even more abstract and geometric, a curious myriad of shapes that take us on a journey around the painting’s surface. A red bullseye pulls us towards the centre left, a colour that is softened by a scumbled patch of rose pink nearby. This small passage of dusty pink might seem subtle, but it is just enough to bring a warm tactility into the painting, suggesting just the faintest trace of lingering human presence.