SHOP LINEN
Home LIFE LOVERS Embroidery from Around the World: An Introduction
Return to Previous Page

Embroidery from Around the World: An Introduction 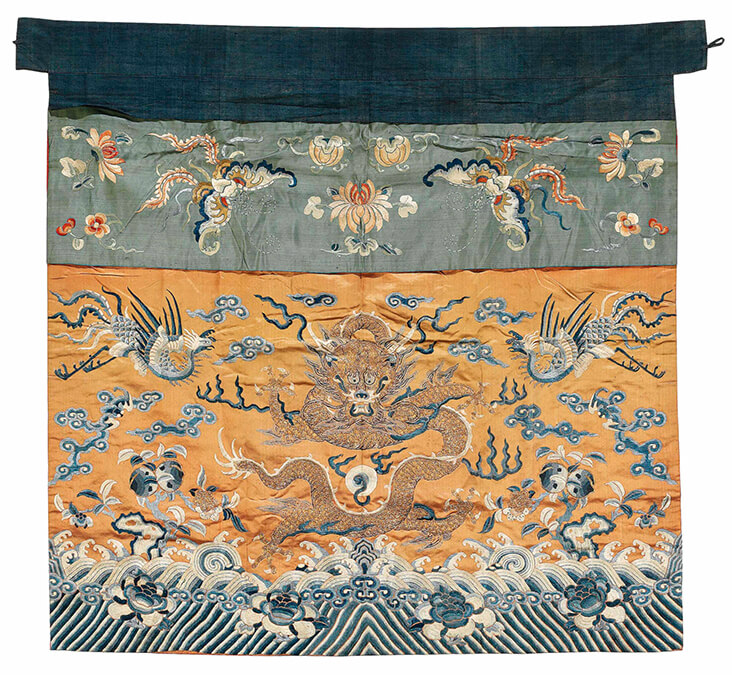 Embroidery has an incredibly rich and varied history spanning thousands of years, and it is still widespread and popular today. In fact, of all our world’s ancient traditions, it is one of the longest surviving. Perhaps we shouldn’t be surprised at this epic lifespan – embroidery has the power to entirely transform clothing and fabrics, embedding into them a luxurious, hand-made intricacy associated with wealth and status. But embroidery is also invested with specific cultural significance – nations around the world have spent millennia developing their own embroidery techniques, which are weighted with stories of symbolism and pride. In this new series we will look at embroidery traditions from around the world, examining how different countries have evolved their own highly unique styles from ancient times to today. 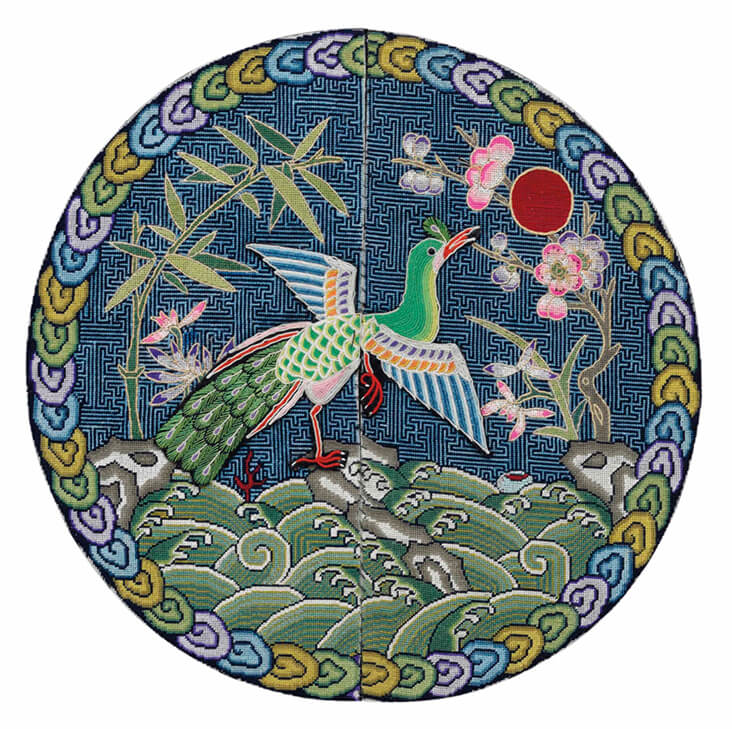 One of the earliest cultures to embrace the technique of embroidery was China; early examples of Chinese embroidery have been traced back to the 3rd and 5th centuries BC. Ancient Chinese embroidery was made using silk, because the spinning of thread from silkworms had been mastered. Both men and women practiced the fine art of embroidery and their motifs were often highly detailed pictorial designs featuring real and mythical animals, made with such tight stitches and fine threads that any signs of human hand were impossible to detect. Because early Chinese embroidery was so time-consumingly intricate, it was much in demand among the Royal Chinese Court as a symbol of wealth throughout the centuries, and it also became highly desirable and influential in transatlantic trade. 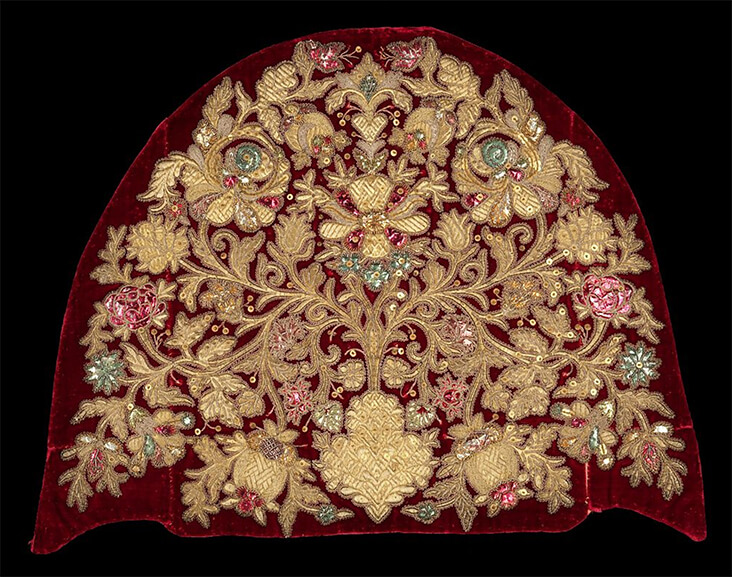 Russian embroidery can be traced back to around the 10th century. Its history often closely tied with traditional folk-art techniques, although throughout the centuries it spread across all aspects of society. Such is the complexity of Russian embroidery, that different regions and even districts had their own stitches, motifs and colours. The precision of this embroidered language was strict and particular, with no room for error, as 19th century Russian scholar Vasili Stasov notes, “In ancient times, decorative patterns did not have a single idle element; every stitch had a significance of its own, familiar to its makers and users.” Although it is impossible to generalise, Russian embroidery was often geometric in design, featuring angular, stylised motifs including animals, houses, trees and scenery, and red was a dominant colour that pulsed through it.

Much like Russia, Native American embroidery has a richly varied history. Techniques of porcupine quillwork and beading were first developed in early America, often embroidered onto animal skins, and later cloth. All items of clothing and wall hangings featured stunning elements of decorative and symbolic ornament, including jackets, shirts, hoods, moccasins and bags. Techniques they developed included backstitch, couching stitch, and chain stitch. The beads they sewed into garments were made from naturally derived materials, later to be replaced by trade beads as they became available. A common practice was to string beads onto thread and sew them into fabric, sometimes in rows, or by arranging them in an outline. Native Americans attached great symbolic significance to many of their embroidered patterns, believing they could protect the wearer from mortal danger.

In Europe, embroidery was particularly prevalent during the Middle Ages. One of the earliest examples of European skill and dexterity is the much-celebrated Bayeux Tapestry, which dates from the 11th century and illustrates the conquest of England by William, Duke of Normandy in 1066. This striking fragment of history illustrates the high status of embroidery as a revered art form that could commemorate important events in history. We don’t know exactly who made it – some say it might have been produced by makers in Norman France, where William resided, while others attribute its fine needlework to Anglo-Saxon England, known for its exquisite embroidery. 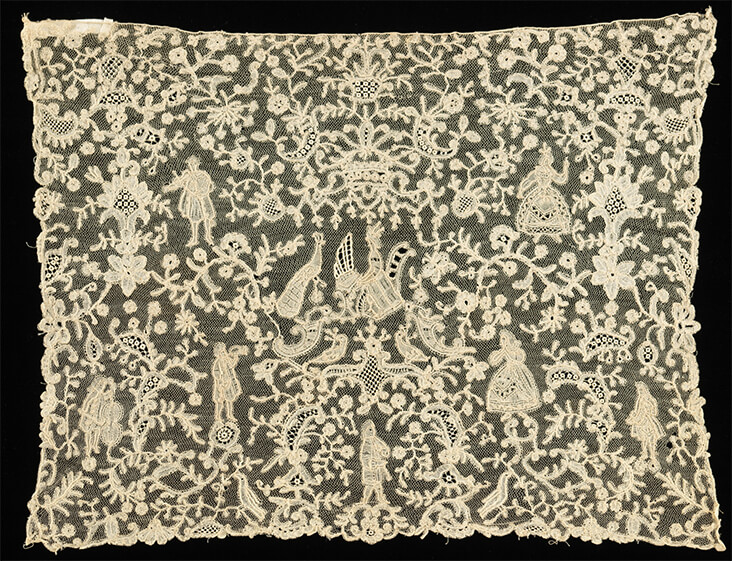 Embroidery remained popular throughout Renaissance Europe, particularly for patrons of the Catholic Church, who commissioned the production of luxury garments featuring metallic threads to demonstrate their almighty power and wonder. Lace was another stunning European innovation that appeared in around the 16th century. Woven fabrics and fine nets had been in production before this time, but nothing quite matched the delicacy of European lace, either made with a single needle and thread, or with plaited together strands. Making lace was a highly skilled role, and lace had a hefty price tag that denoted wealth and status on its wearers.

In modern times, many embroidery traditions have been absorbed mainstream culture and it is easy to forget the complexities of their origins. But some contemporary makers are reigniting the ancient traditions of their cultural past with an emphasis on place. Their work highlights the great importance of understanding and preserving the past, by celebrating the objects that define it.