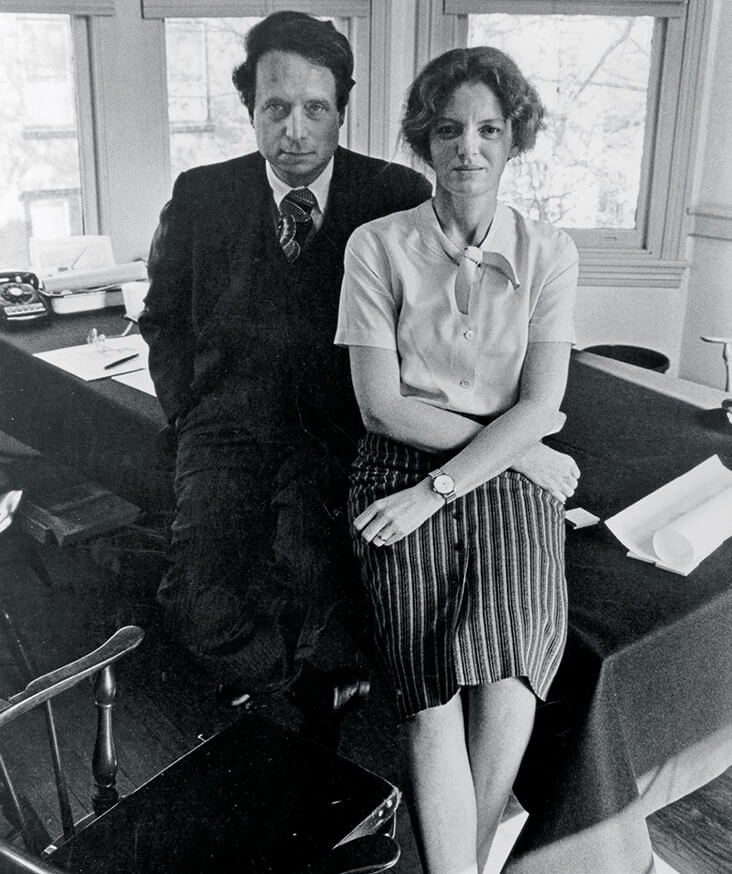 One of the most formidable design pairings of the mid-20th century, Denise Scott Brown and Robert Venturi founded the radical, controversial American architectural studio Venturi Scott Brown and Associates, also known as VSBA. Working in tandem from 1969 to 2012, they pioneered a postmodern approach to design, believing architecture and urban design should reference the past as much as the future. Though much of their most progressive design work was made as an equal partnership, Scott Brown’s contribution to their enterprise has often been side-lined or ignored, highlighting the sexism of the 20th-century architectural industry. Scott Brown is just one of the countless women who faced similar discrimination. It is only in recent years that a more balanced understanding of their partnership has been brought out into the light. Scott Brown recently called out this inequality, arguing, “Let’s salute the notion of joint creativity.”

Like many power couples of the mid-20th century, Scott Brown and Venturi both had careers before they met in 1960. Scott Brown trained as an architect in South Africa and London before completing her masters at the University of Pennsylvania, where she went on to become a well-respected associate professor following graduation. It was here that she first met Venturi, who was teaching architectural theory in the School of Architecture. In 1964 Venturi founded his own practice with business partner John Rauch, titled Venturi & Rauch. Venturi made several important breakthroughs within these early years, designing the radical Vanna Venturi House for his mother in 1964, and outlining his eclectic, postmodern design principles based on merging historical and modernist references in the iconic book Complexity and Contradiction in Architecture, 1966, famously coining the term “less is a bore.” 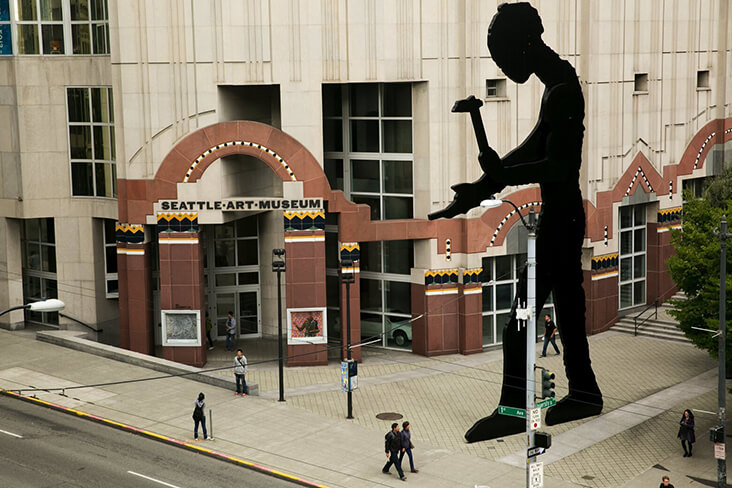 Scott Brown and Venturi married in 1967, and by 1969 Scott Brown had become a partner in the Venturi & Rauch firm, while both she and Venturi continued to teach throughout these early years together. One of their most successful joint ventures alongside architect and theorist Steven Izenour was the publication Learning from Las Vegas, 1972, which examined the urban environment of Las Vegas, celebrating its eclectic urban sprawl and neon lighting. “Learning from the existing landscape is a way of being revolutionary for an architect,” they concluded.

Throughout the 1970s and 1980s Scott Brown, Venturi and Rauch pioneered a more historical approach to architecture and urban design, making reference to the building and city designs of the past, but with a playful modernist twist. From their early days together as professors both shared a mutual appreciation for classical and Mannerist architecture, and believed historical styles should be respected, preserved and revived. Some of their most outstanding ventures include the University of Michigan Campus Plan, the University of Pennsylvania Master Plan, plans for South Street in Philadelphia, Miami Beach in Florida, and Memphis, Tennessee. They also created several prominent museum spaces, including the Seattle Art Museum in 1985 and the Sainsbury’s Wing for the National Gallery in London in 1986. 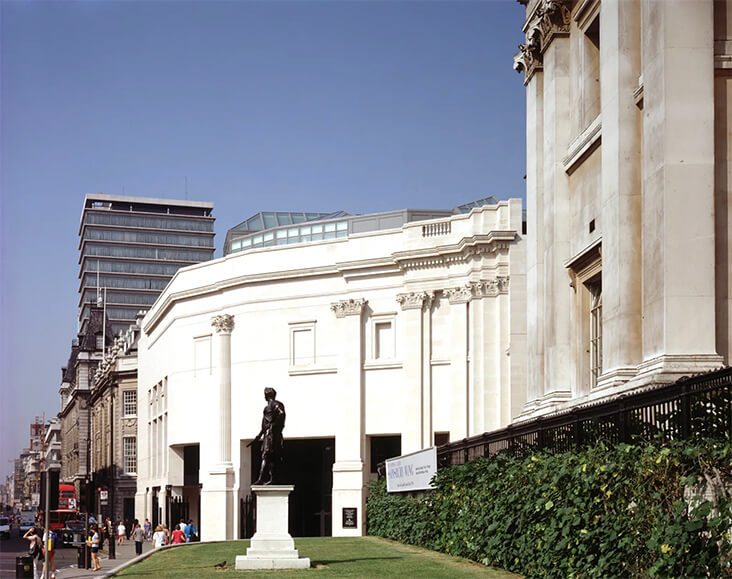 Scott Brown didn’t change her name after getting married, and after she joined the company her maiden name became a vital component of the company branding, which was changed to Venturi, Scott Brown & Rauch. When Rauch resigned in 1980, the business was renamed Venturi Scott Brown Associates (VSBA). Within their design studio together they fostered an environment of inclusivity and creativity, allowing all members of the team to play a vital role in their design process.

Even so, within wider architectural circles this attitude didn’t translate – Scott Brown watched as her husband’s name rose to stardom while hers was pushed to the side. In her enlightening essay Room at the Top? Sexism and the Star System in Architecture, 1989, she described how “…in mid-career, I married a colleague and we joined our professional lives… I watched as he was manufactured into an architectural guru before my eyes and, to some extent, on the basis of the joint work and the work of our firm.”

The complexities of their close-knit involvement meant some projects were worked on more by one member of their design team than another, but Scott Brown often found herself excluded from architectural dinners where “wives were not invited”, or had to see her husband receive praise for work she herself had completed. Scott Brown blamed what she called the “star system” of architecture for this glaring inequality, and a need to place one name at the head of a project – usually a man – even if it was a collaborative effort involving two or more creative voices. When Venturi was awarded the Pritzker Architecture Prize in 1991, many were quick to point out the injustice of leaving out Scott Brown’s name – a later petition was raised in 2013 by Harvard’s Women in Design Group calling for her inclusion, although their protest was unsuccessful.

Scott Brown fought for her place in history, delivering a series of lectures and articles that pointed out not only her own contribution but that of the many women architects around the world who have similarly been ignored or devalued. While both Venturi and Scott Brown retired from the practice in 2012, the reigns of the company were later passed on to Daniel McCoubrey. Venturi passed away in 2018, while today, Scott Brown continues to present the design work of VSBA as a collaborative, team-driven effort, inspiring both male and female architects to see the strength of mutual respect and collaboration.

Dazzling patches of colour move through Alma Thomas’s art, forming concentric circles or cascading patterns of shimmering light and invoking the ethereal luminosity of spiritual realms. An African American artist based in Washington, Thomas found her voice in the 1960s, cementing her place in history as a pioneer of the Washington Colour School. As an…

Sustainability and zero waste might be buzz words in the world of fashion today, but legendary Belgian designer Martin Margiela was one of the first to experiment with the genre. From 1988 to 2008 he produced some of the most bizarre and eccentric garments the fashion world had seen, making necklaces from champagne corks or…