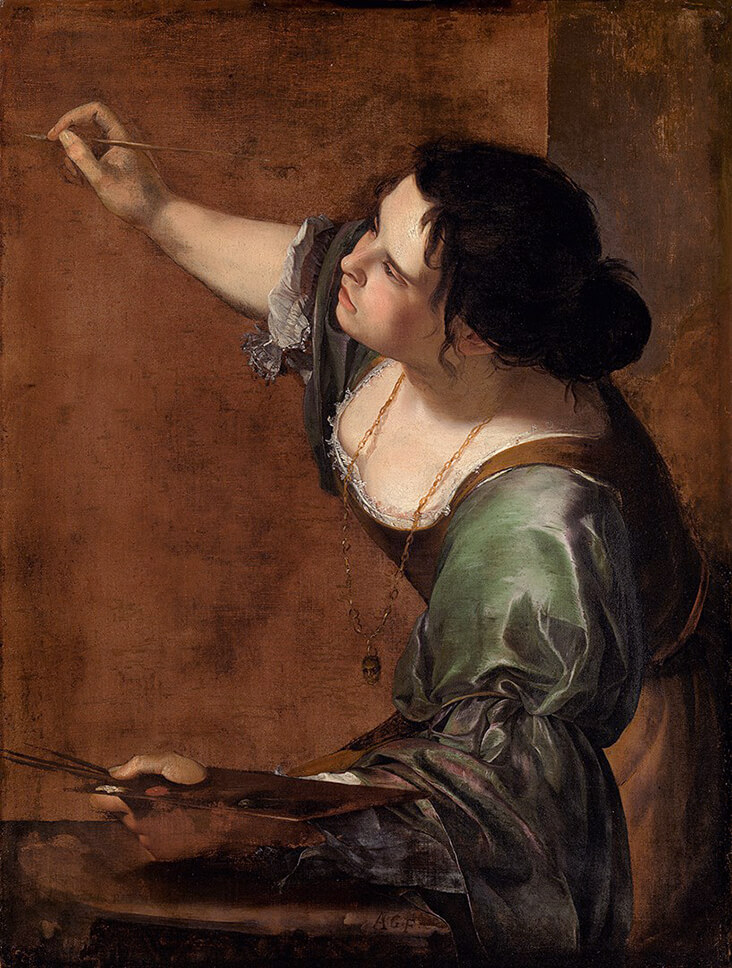 Deep earthy colours like that of BROWN SUGAR Linen were a defining feature of Artemisia Gentileschi’s Baroque paintings, investing into them a quietly brewing mystery and intrigue. Gentileschi was the most celebrated female painter of 17th century, working throughout Europe for a series of high-profile clients in an era when few artistic opportunities were available to women. Though Gentileschi painted a huge range of subjects including portraits and Biblical stories, she leaned towards the portrayal of quietly strong, self-assured women who were martyrs and survivors, enveloped by rich shades of brown to highlight their warmth and humanity. 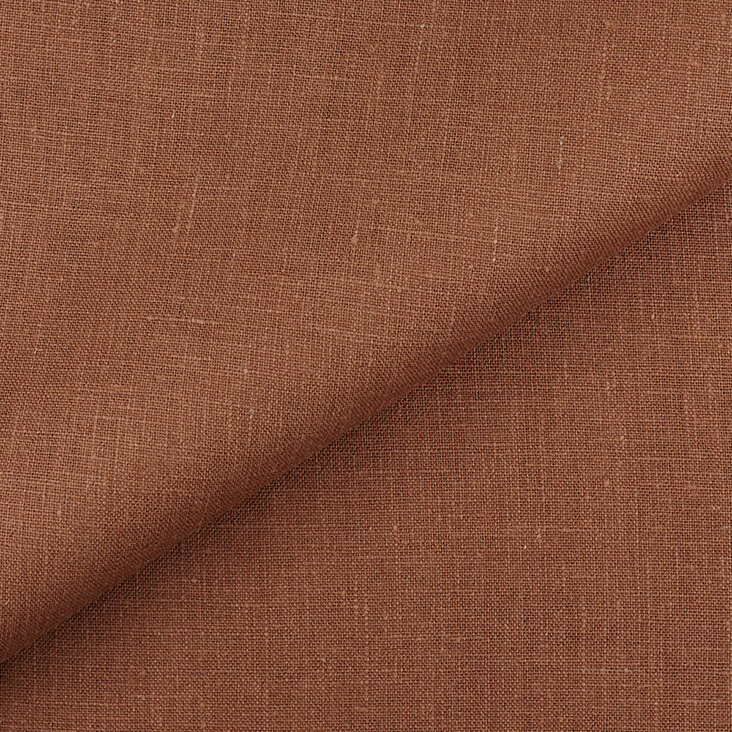 Gentileschi was born in Rome in 1593, the daughter of renowned painter Orazio Gentileschi who trained her as an artist from an early age. Gentileschi was particularly influenced by her father’s friend, the Italian master Caravaggio, whose raking chiaroscuro light and theatrical body language would play out in her own practice. Gentileschi’s earliest known painting, Susanna and the Elders, 1610, was made while she was still a teenager, and it reveals her incredible storytelling skills with powerful directional light and intense, dark shadows swirling around dramatically posed figures. In 1612 Gentileschi married the little-known Florentine artist Pierantonio di Vincenzo Stiattesi, travelling with him to start a new life in Florence. Gentileschi’s ambition as a painter continued to grow during this time and her career would come to eclipse that of her husbands; she established her name as an independent artist in Florence, and was the first woman to earn membership with the prestigious Academy of Arts and Drawing in 1616. 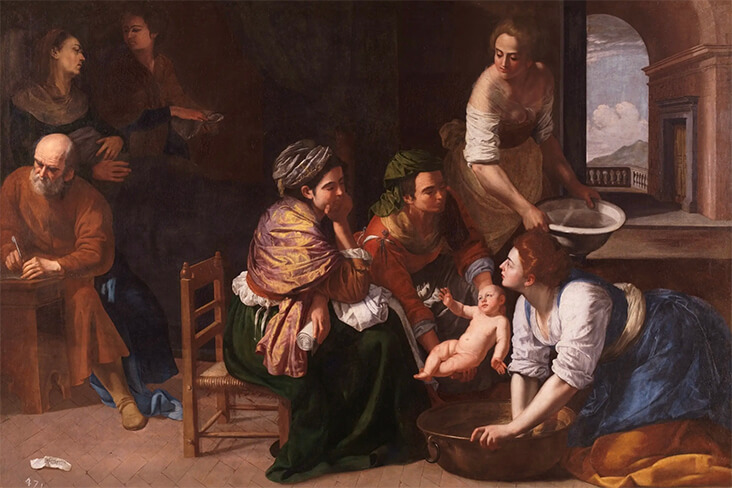 While living in Florence Gentileschi made a series of self-portraits, staging herself as various heroic female characters from the Bible with whom she felt a close affinity. In Self-Portrait as Saint Catherine of Alexandria, 1615-1617, Gentileschi has re-imagined herself as Saint Catherine of Alexandria, the Christian saint who was tortured and killed for her faith. The entire painting is infused with warm, natural colours, from the vivid red and ochre tones of Susanna’s clothing to the caramel, biscuit and brown sugar tinges in her hair and the background beyond. 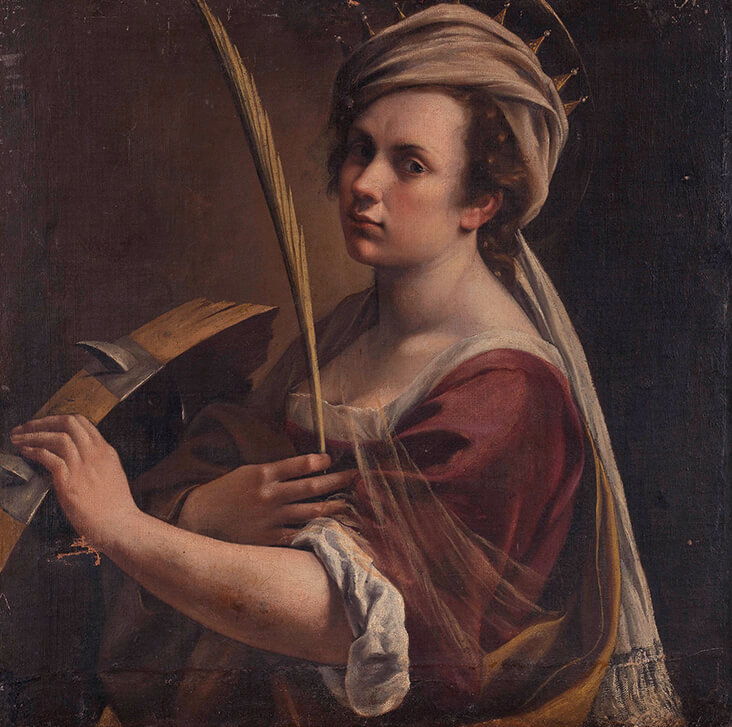 Self-Portrait as Saint Catherine of Alexandria, 1615-1617

In the later Mary Magdalene as Melancholy, 1622-25, the same rich, warm colours envelop the penitent saint with a humane quality of empathic warmth, as her head hangs heavy with grief. Gentileschi had returned to live in Rome with her husband and young daughter by the time this painting was made but it was not a happy time – she soon separated from her husband, but the continuing success of her career meant she was able to raise her daughter alone, an unusual position for the time. The Birth of St John the Baptist, 1635 reveals the increasing complexity and ambition of Gentileschi’s paintings as she fully embraces the Baroque style, with complex figure groupings and a playful exploration of coloured drapery to aid in telling the story. Vivid, jewel toned fabric swirls around the group of women in the foreground, glistening in a shaft of sunlight, while chocolatey brown shadows in the background bring glowing embers of warmth to the scene. 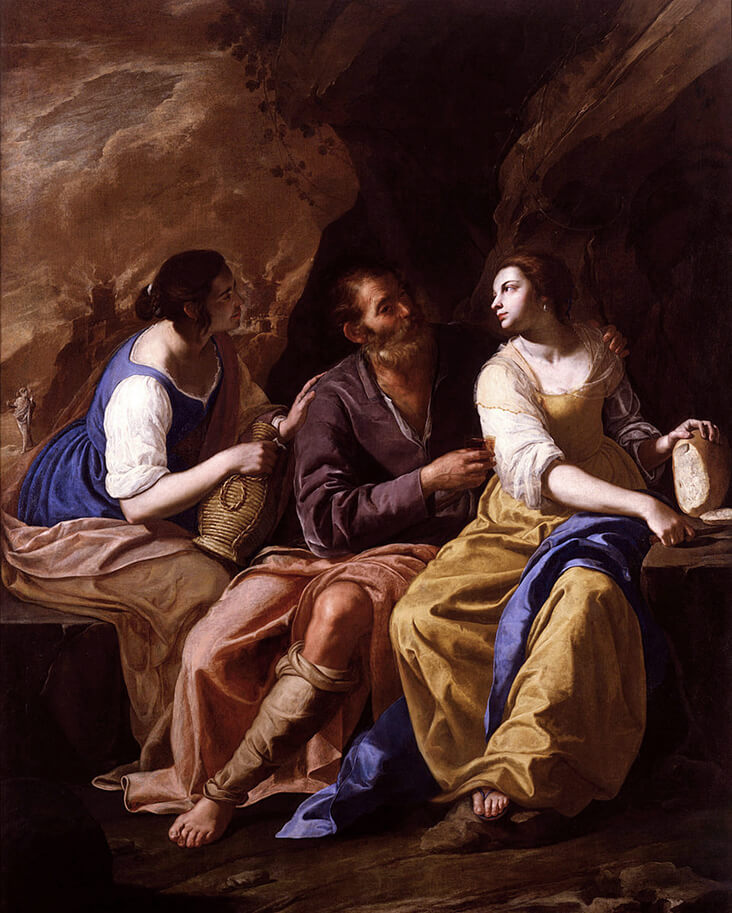 Lot and His Daughters, 1635-1638 is even more heightened and dramatic, as molten drapes in blue, yellow, purple and red catch the light and pool over the foreground figures, emphasising the curvaceous form and movement of their bodies. The young women’s skin is a shock of ivory white against the dark, tempestuous background, a mountainous cave where perilous and unpredictable danger awaits. There is a terrible intensity to these dark, craggy shades of brown, taupe and beige, so loaded with psychological weight and suspense, making it the ideal backdrop for this sinful story to play out.