Fabric in Art: Romanticism to Modernism and Beyond 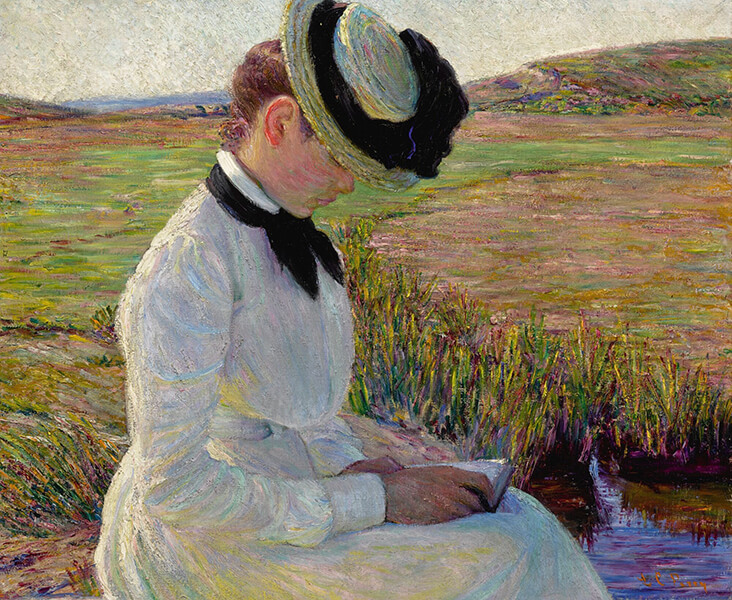 Fabric is one of art history’s most iconic and enduring motifs, draping, flapping or drifting through many of the best-known artworks of all time. Throughout the Renaissance period artistic portrayals of drapery were stretched in incredible new directions, illustrating just how evocative, expressive and emotive they could be, and setting the stage for centuries to come. Since then, the legacy of drapery has lived on through art, existing as a traditional motif that can be worked and reworked in a wide variety of ways to reflect the ever-changing visual and cultural landscape. In this new series, we will explore the ways fabric has been represented in western art history since the 18th century, travelling through the sensuous folds of the Romanticist period to the dazzling patterns and playful experimentation of Modernism and beyond. 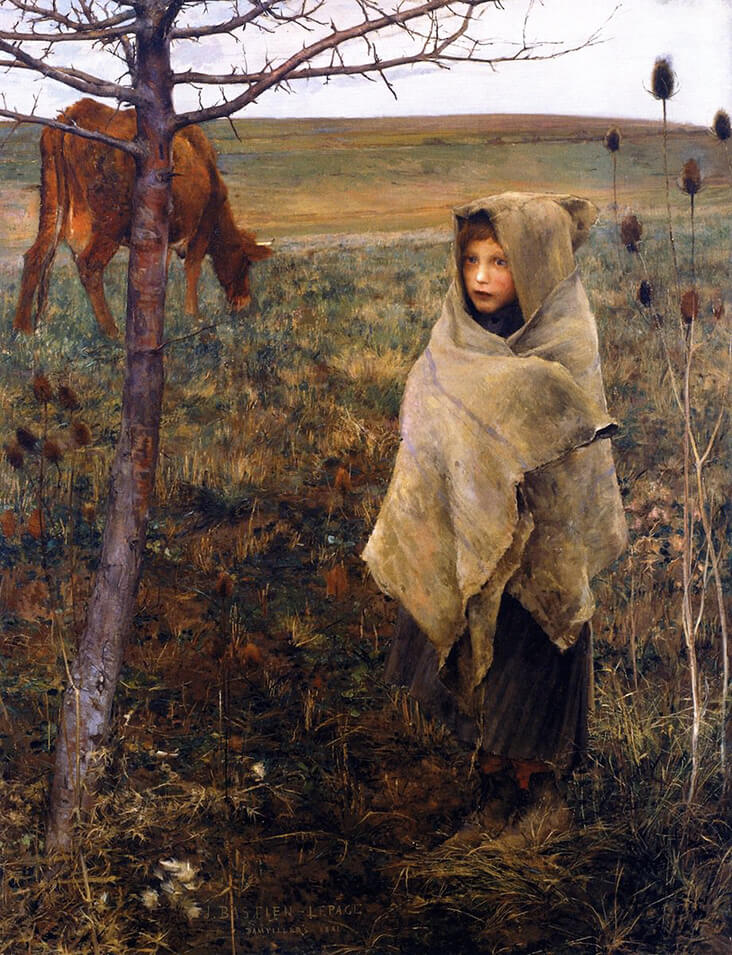 Throughout the late 18th and early 19th century, Romanticism was the dominant artistic style, focussing on heightened emotions, subjectivity and the wild realms of the imagination. Fabric was a vital ingredient, crumpling into sensuous folds around naked flesh or flapping wildly into the wind. French painter Eugene Delacroix was particularly enamoured with drapery, experimenting with the ways it could emphasise and build upon the brooding, atmospheric drama of his paintings. One of the most iconic works of all time, his Liberty Leading the People, 1830, captured the defiant spirit of the French revolution with a richly expressive display of fabric, from the ragged, torn clothing of fallen soldiers to the golden gown falling from Liberty’s body and the triumphant French flag flying high above them. Romanticist painter Jean Auguste Dominique Ingres’ fabric was more sensuous and considered, with sumptuous layers of satin and velvet, folded, draped or crumpled to add volume and weight to his sitters – his small, devotional painting The Virgin Adoring the Host, 1852, is a particularly fine example. 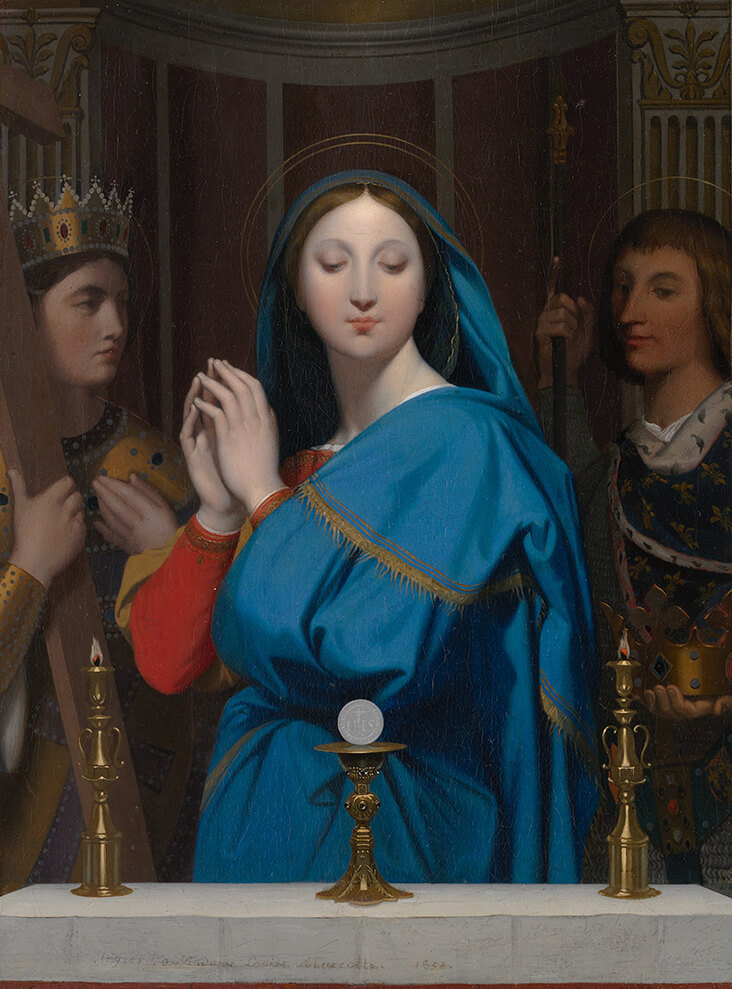 Realist painters of the mid-19th century moved past erotica and fantasy, exploring instead how drapery could convey the lives of ordinary working people. French artist Jules Bastien-Lepage painted young children at work in rural locations, while their rugged, worn-out or oversized clothes added emotional depth and weight to their life stories. During the Impressionist period, a realist approach to conveying fabric remained ever-present, but the way artists captured folds and creases was increasingly expressive and painterly. American painter Lilla Cabot Perry’s outdoor observations were filled with crisp, fresh fabric lit up by sunlight, painted with broad, bold streaks of paint. Similarly, American-French artist Mary Cassatt’s intimate everyday portraits were punctuated by the varying textured, coloured and patterned fabrics that adorned her daily life, painted in a loose, fluid style. 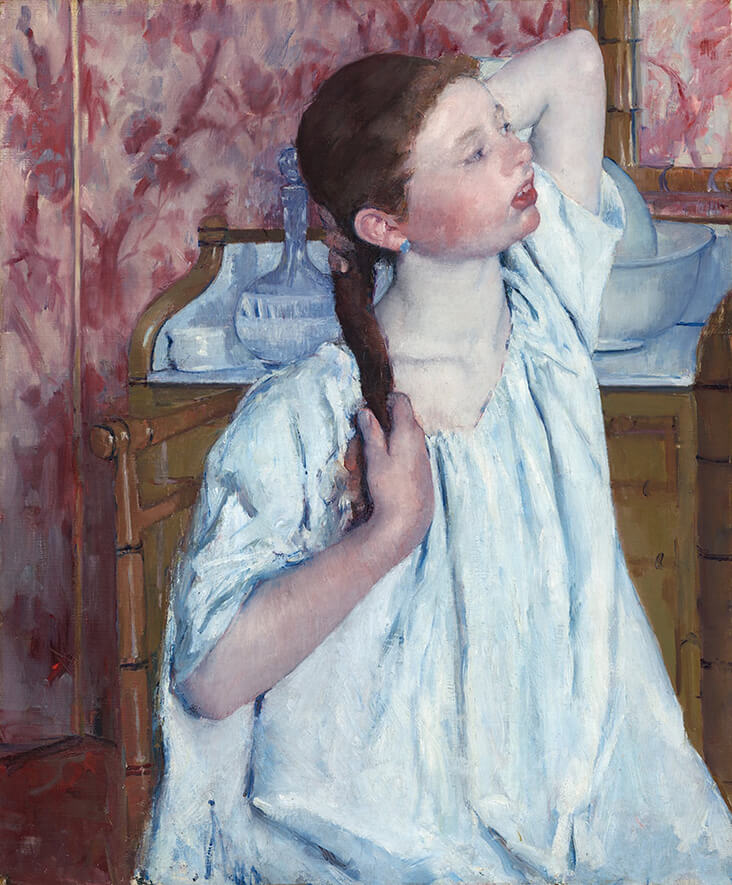 Towards the latter end of the 19th century and beginning of the 20th, artistic approaches to fabric became increasingly adventurous and unconventional as artists increasingly broke away from traditional forms of representation. Austrian Symbolist and Art Nouveau painter Gustav Klimt drenched his dreamy, otherworldly figures in luminescent gold fabric, adorned with all manner of jewelled patterning and details. Klimt’s protégé, the young Austrian artist Egon Schiele was also experimental with fabric in his angst-ridden portraits, introducing shocking shards of colour or eye-catching prints to ignite his elegant line drawings with body and weight. 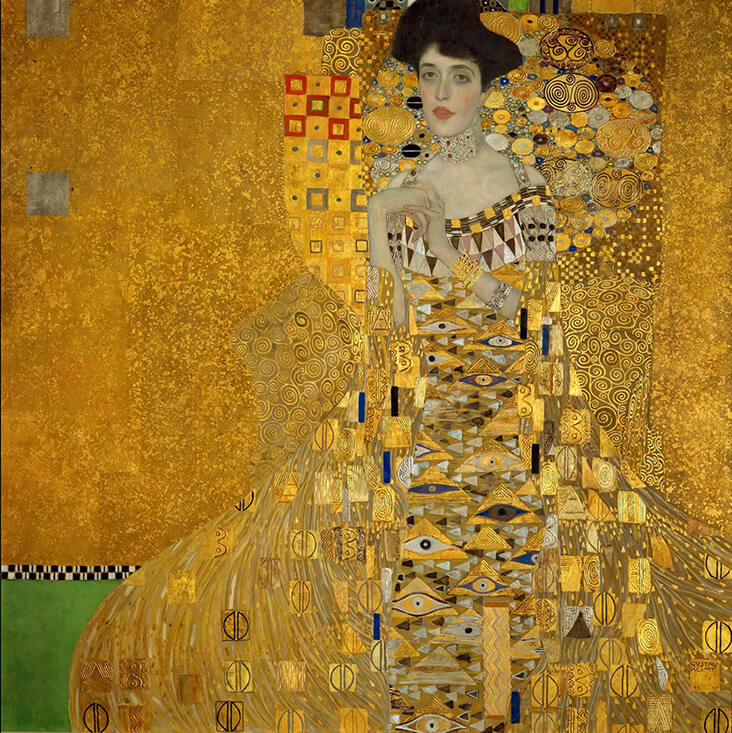 Early 20th century art was splintered into a wide array of avant-garde styles and -isms, but the draping of fabric and clothing persisted as a painterly device that could be manipulated and upturned for dramatic effect. French artist Henri Matisse led the way with his flattened interior scenes filled with clashing Moroccan prints, transforming humble interior views into prismatic patterns of colour and light, while French intimiste artists Pierre Bonnard and Edouard Vuillard conveyed domestic fabrics as lively, animated passages of colour and light. Others explored fabric as a marker of cultural identity, such as Mexican artist Frida Kahlo, whose art is filled to the brim with the celebratory patterns and colours of Mexico. The way fabric appears in art continues to evolve today, from the closely observed creases and folds of Scottish painter Alison Watt to the theatrical, exaggerated costumes of Portuguese artist Paula Rego and the wax-batik creations of British-Nigerian artist Yinka Shonibare, demonstrating just how wide open the role of fabric in art continues to be.