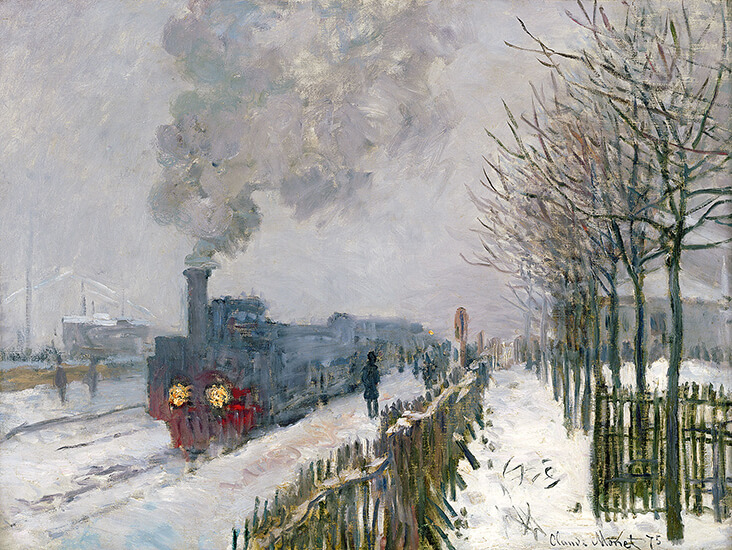 SILVER Linen’s quiet, blue-grey mirrors the softly diffused light of Claude Monet’s snow scenes, where land and sky are muffled by enormous puffs of cloud and snow. Subtle blue shadows fall across heaps of white snow and bristle through freezing tree branches or suggest rising storm clouds in the distant horizon, but they are a quiet form of anticipation in otherwise silent, still places almost brought to a halt by winter. World renowned as the painter of light, Monet painted outdoors en plein air in all kinds of weather in a tireless pursuit to capture the essence of a moment in time, but his freezing snow scenes speak of a particularly unflinching dedication, and the hours spent crouching in the snow in the pursuit of truth.

Monet knew from a young age of his desire to be an artist, but it was formal art training in Paris that set him on the road to success. Study at the Academie Suisse first introduced Monet  to the Barbizon School, who were among the first to experiment with en plein air techniques, painting out in the wide open air of the countryside to capture the true spirit of nature. Classes at the studio of Charles Gleyre in Paris further cemented these ideas in Monet’s mind, but these classes also introduced Monet to a series of like-minded artists who would become the founders of Impressionism including Pierre-Auguste Renoir and Alfred Sisley. 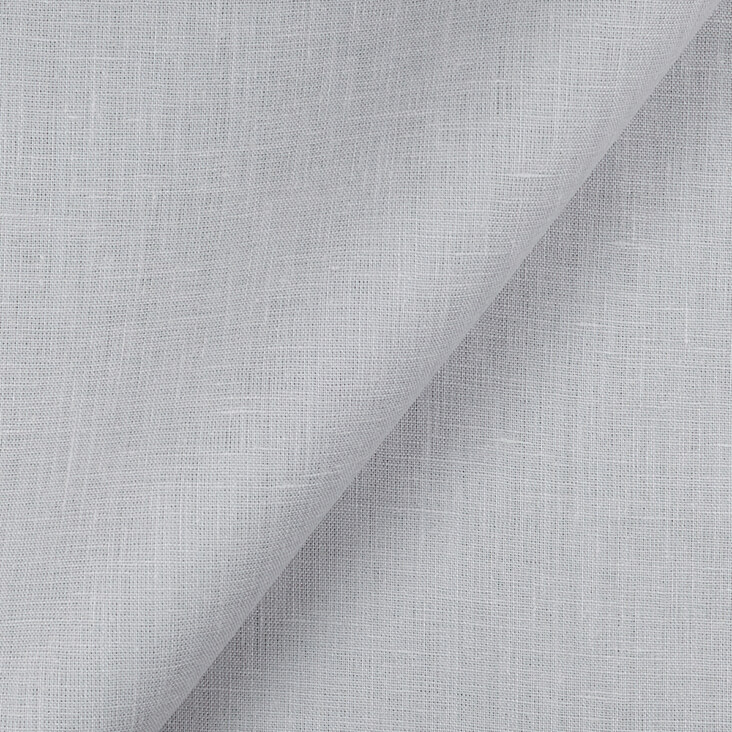 Throughout the 1870s Monet’s Impressionist style became more individualised and distinctive as he abandoned black in favour of a lighter, brighter palette, and began painting with his stylised rapid, dappled brush marks which allowed him to work quickly on the spot as shifting patterns of light moved before his eyes. Rather than painting shadows with a thin, grey wash as was traditional practice, Monet’s shadows took on a life of their own, with thick brushstrokes and full-bodied colour.

The soft, diffused nature of winter lighting fascinated Monet, particularly in snow, when the entire landscape was transformed by a blanket of white and silver light. Train in the Snow, 1875 captures a train slowly pushing its way through tracks of snow, while tiny, freezing passengers hover with anticipation in the distance. On the ground, iridescent streaks of white describe the sparkling freshness of new snow, while the grey, blue and silver-tinged sky is an opaque layer of thick cloud suggesting more snow to come. 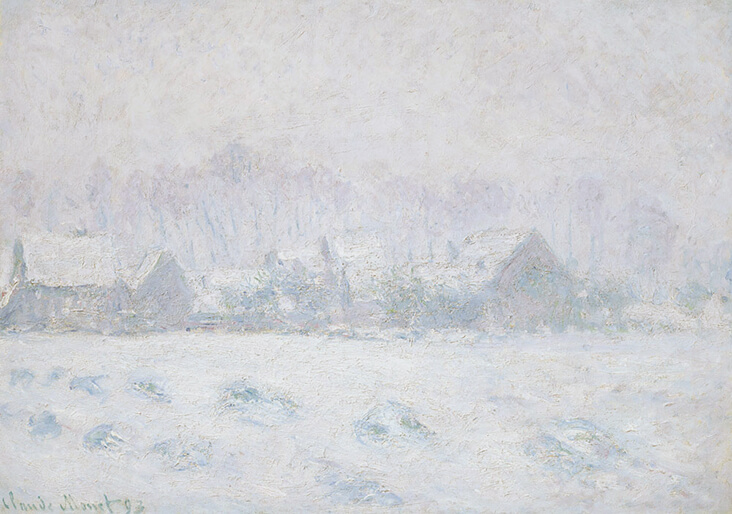 Snow in Argenteuil, 1875 is quiet and tranquil, capturing the sleepy village by the river Seine where Monet had by now settled with his family almost obscured by white light. Snow forms heaps and mounds over lumpy tracks of mud as only a few tiny people try and trudge their way through. In the distance, shadowy trees and bushes covered by snow are painted with shimmering passages of pale lavender and blue, lending the entire scene a mystical and magical aura.

Monet had relocated to the nearby town of Vetheuil by the 1970s, and he continued to make paintings of the scenery surrounding his home throughout all times of year. The Road to Vetheuil, Snow Effect, 1879, captures the peaceful silence of a village obscured by snow with pale, fresh and icy colours. Amidst his sea of white, shades of greyish blue add subtle layers of depth, weight and shadow, streaking lightly across the foreground to suggest the rippling surface of the snow and falling into deeper pockets of intensifying darkness across the village and distant mountains.

In his later years Monet’s snow scenes became more abstract and obscure, capturing mysterious, distant towns and villages almost disappearing into the far horizon. Snow Effect, Giverny, 1892 – 1893 was made near Monet’s later home at Giverny, conveying a smattering of small houses with flurried brushstrokes as if seen through the midst of a snow storm. Colours are pared back to whites, greys, blues and lilacs, suggesting only the slightest trace of movement and life amidst the blinding light of snow.