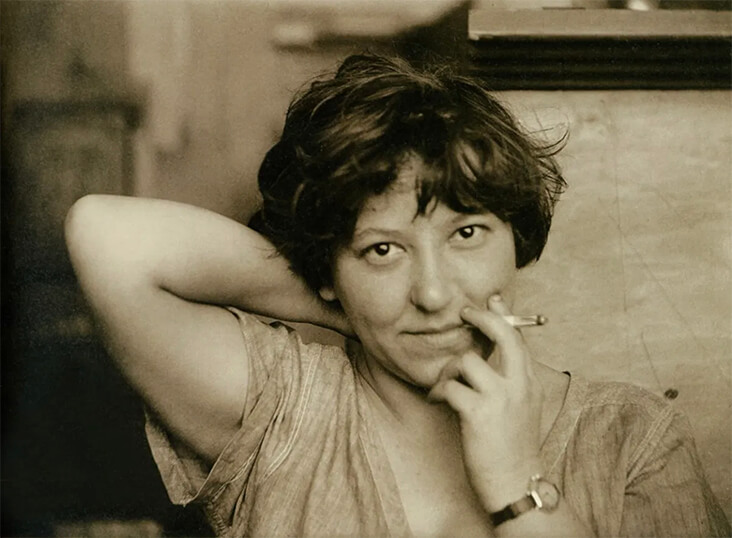 Leader in the Russian Constructivist movement of the early 20th century, Varvara Stepanova was a true radical, whose long and prolific career spanned many disciplines including painting, photography and design. Yet it was through textile production that she was able to live out her true life’s mission, to bring art out of the gallery space and into the wider public to be used and enjoyed by everyone. Inspired by the geometric languages of Cubism and Futurism, and the utilitarian function of industry, her fabric designs are bold, striking and instantly memorable icons of the landmark Soviet era in which they were made. 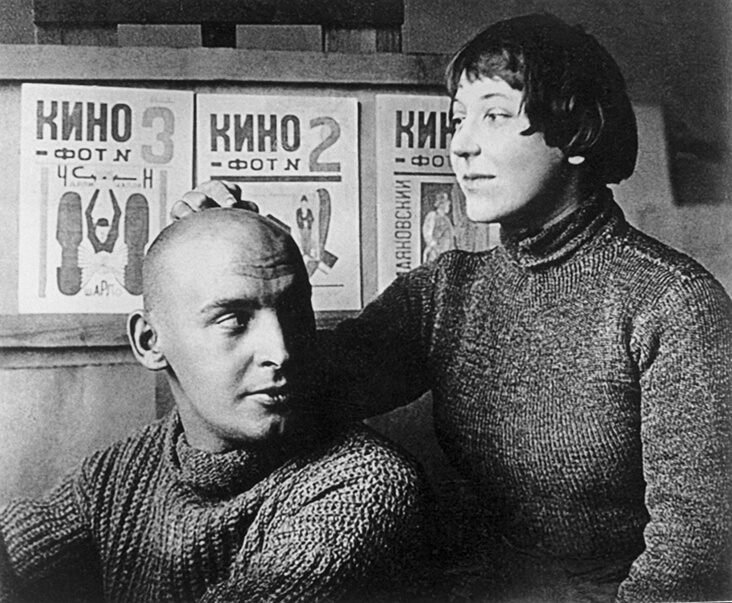 Born in Kaunas, Lithuania to a Russian family, Stepanova trained at the Kazan Art Academy, before heading off to Moscow in search of opportunity. Here she became closely involved with avant-garde artistic groups, and became an active member of the Russian Constructivist group alongside her close friend Lyubov Popova and her husband Alexander Rodchenko. Together they renounced traditional bourgeois, spiritual and individualised art production such as painting and sculpture, favouring instead the democratising effects of mass production and industry through the promotion of useful design, such as architecture, urban design, graphics, posters, photographs and fashion. 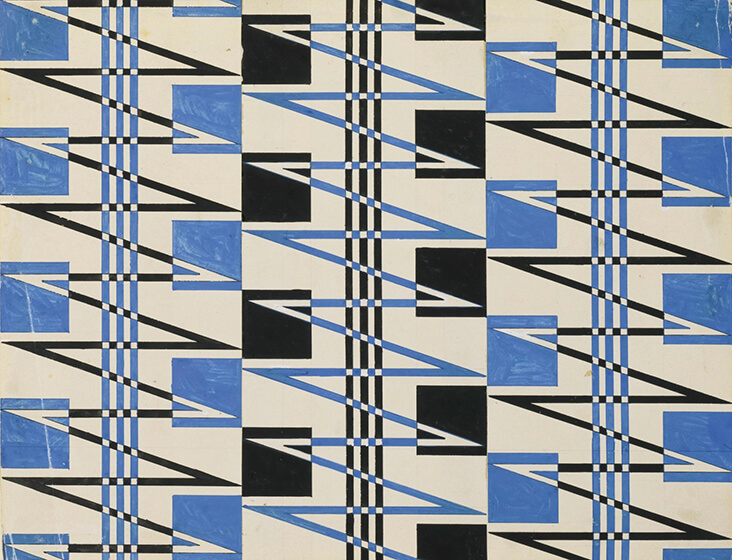 Along with Popova and Rodchenko, Stepanova responded to an advertisement in Russia’s newspaper Pravda in 1923, calling for artists to step in and create a series of adventurous new fabric designs to reignite the country’s stagnant textile manufacture. Rejecting earlier fashions for botanical and naturalistic fabrics, Stepanova’s designs featured strong, simple statements made from intersecting circles and lines, waging what she called a “battle against naturalistic design in favour of the geometrisisation of form.” 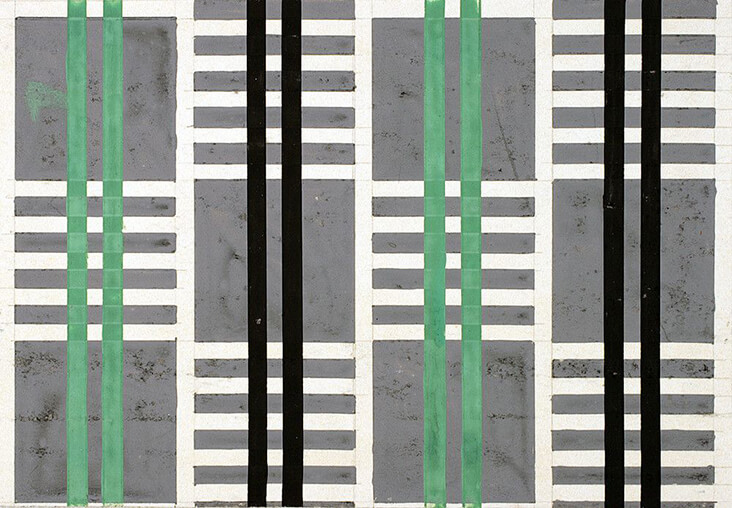 Stepanova favoured bold simplicity, often combining black and white with one other bright, eye-catching colour, brought alive through playful arrangements of jazzy intersecting lines and geometric shapes. This simplicity was in part informed by the limited printing resources available to printing manufacturers at the time, as well as the inexperienced workers who were manning factories. But it also reflected Stepanova’s love of streamlined function and utility, and her desire to create a new, democratic language for the future of society that was entirely free from any previous cultural baggage. 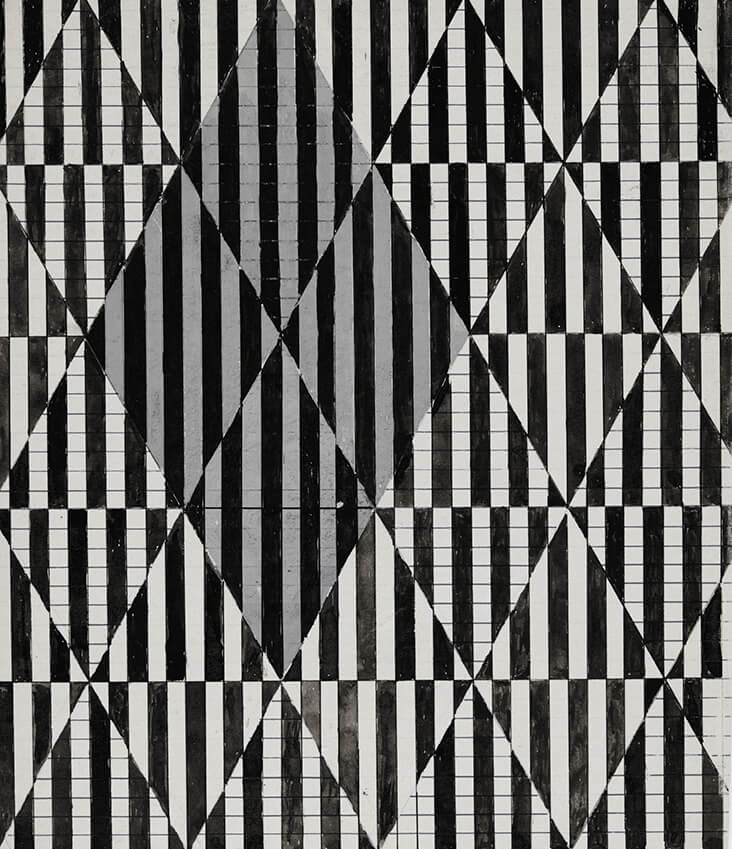 Within this narrow playground Stepanova loved to play with optical effects, layering intersecting patterns on top of one another to create dynamism, movement and energy. Strong diagonals, triangles and hexagons emphasise this quality, as do her transparent layering of shapes on top of one another. Stepanova was also keen to respond to the weave and thread of fabrics in the shape and texture of her designs, which often follow the underlying patterns in which they are constructed, demonstrating a respect for the materials with which she worked. Designs were initially hand-painted onto paper in gouache using rulers and templates, many of which are now recognised as works of art in their own right today, and she produced more than 150 designs to be printed onto fabric by Moscow’s First Textile Printing Factory. 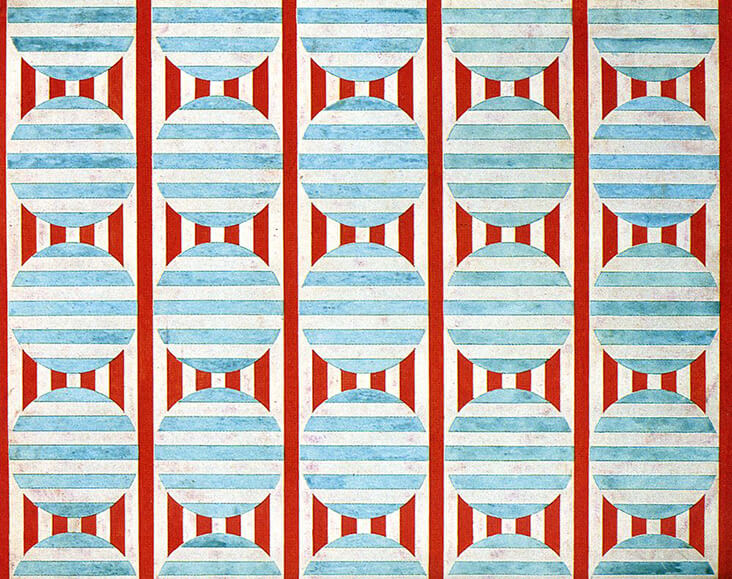 Leading on from her successful designs, Stepanova, Popova and Rodchenko all became influential teachers at the state art and technical school, VkhUTEMAS, which trained artists for industrial production and through this avenue their ideas had a profound influence on the next generation of textile designers.

Stepanova also moved in to fashion design in the years that followed, creating a series of functional uniforms for specialist workers including athletes, actors and factory employees, focussing on comfort and wearability. These garments integrated her striking geometric textiles into the core of their structure as bold lines followed the structure of seams, waistlines and pockets. An impressive feat of engineering, these designs brought weave, pattern, design and function into a unified whole, echoing the famous late 19th century design ideal that “form follows function.” 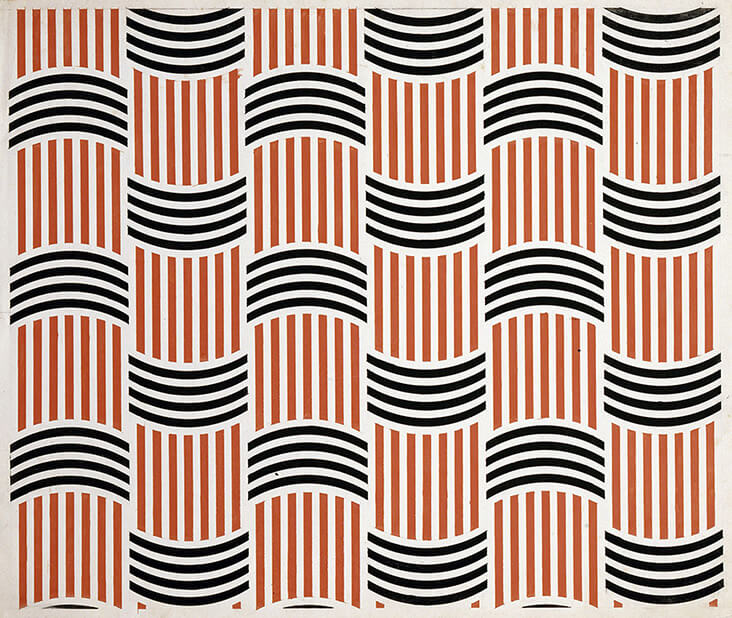 The simple and direct honesty of Stepanova’s designs have undoubtedly shaped the future of fabric and fashion since, from Anna Andreeva’s brilliantly bold, geometric designs to the futuristic, space-age fashion of Pierre Cardin. Equally influential is her emphasis on high quality, well-made design for the whole of society, which continues to inform the sustainable fashion of today.