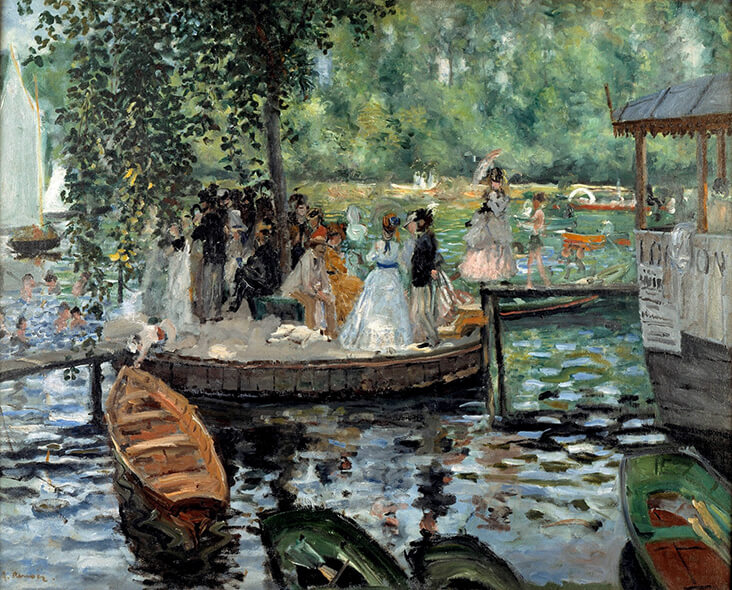 Cold, white light runs through Pierre Auguste Renoir’s paintings, leaving dark, mysterious shadows in its wake. The mossy shade of FERN Linen coloured damp, dark corners of his outdoor scenes, soaking into them a weighty solidity and substance. World renowned for his sparkling qualities of light, Renoir helped lead the French Impressionist School to success, demonstrating how dappled brushstrokes and luminescent colours could convey the uniquely sharp sunlight of his native France. Like many Impressionists he abandoned black for conveying darkness early in his career, choosing instead to find the colours hidden inside shadows and bring them creeping out into the light.

Renoir was born into a family of artisans in the French city of Limoges in 1841. His mother was a seamstress and his father was a tailor, roles which invested in their son a careful eye for precision and detail. The first job Renoir took on in his teens was as a decorative porcelain painter in a local factory, where he earned a loyal following of customers who admired his finely painted luxury objects. 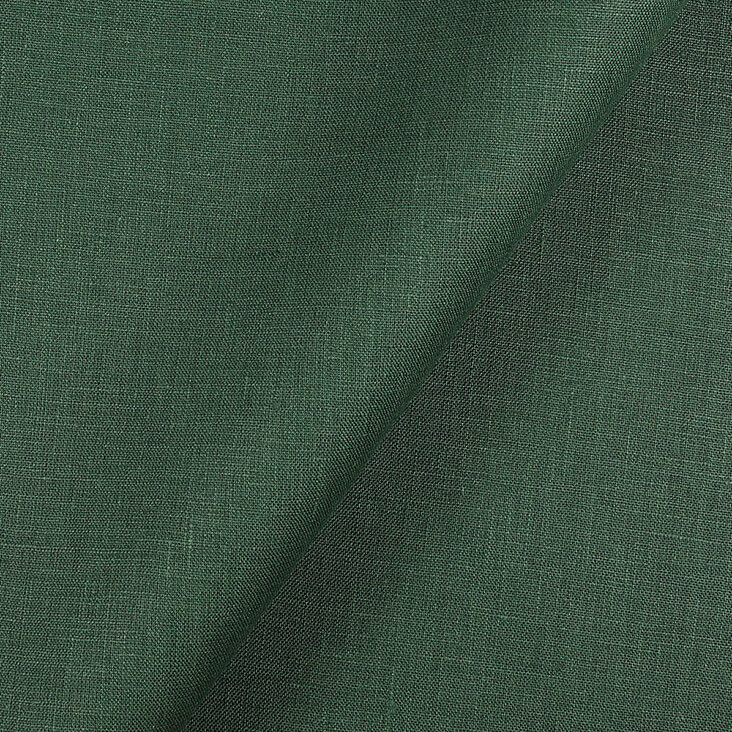 Early success inspired the young artist to search for a greater challenge, and from the 1860s he began making regular trips to Paris to visit the Louvre and study the work of French Rococo painters including Jean-Honore Fragonard and François Boucher, admiring their whimsical romance, sinuous lines and pastel toned colours. In 1862 Renoir studied under Charles Gleyre in Paris, where he met the future fellow Impressionists Claude Monet, Alfred Sisley, and Frédéric Bazille. With his newfound artistic friends Renoir painted en plein air amidst the popular artist colony at Fontainbleu, capturing dappled light falling through leafy canopies overhead and painting with rhythmic, Impressionistic brushstrokes. While Renoir was attracted to the blinding white light of the French countryside he was also fascinated by people, and as his career progressed he focussed increasingly on painting figure groupings within the landscape, particularly as portrait painting provided him with a steady and secure income.

Throughout the summer of 1869, Renoir and Monet spent two months painting together in the lakeside boating resort of La Grenouillere outside Paris; many argue that it was here that the roots of Impressionism were founded. In his world-famous painting La Grenouillere, 1869, Renoir captures summer sunlight glistening on gently rippling water, offset with passages of silvery blue light and shadow. But it is the cold green darkness that gives depth and body to the scene, forming quietly brooding corners where unexplainable mystery lies. 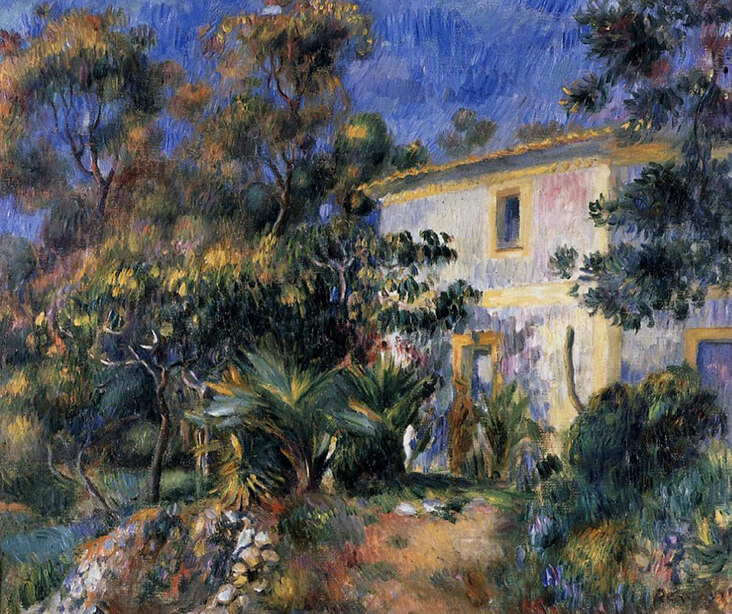 In the 1880s Renoir’s approach to colour intensified as he sought ways of recreating the vivid and heightened tones from Rococo and Renaissance periods. In The Banks of the Seine at Argenteuil, 1880 we see this broader range of colours brought bursting into life as fresh, juicy shades of peach and tangerine jostle beside aqua and ultramarine blues, offset with heavy, moody greens that form solid clumps of grass across the foreground. In the later Algiers Landscape, 1895 Renoir abandoned figuration, choosing instead to focus on the lush tropicality and vivid hues of the Algiers landscape. Here a riotous display of greens mingle and tumble over one another with animated movement, while cold leafy shades bring sculptural solidity and theatrical drama to the entire scene.