The strong tradition of African American quilting has existed ever since the dawn of America. Quilts from this period are bound into horrific acts of slavery, a reminder of the terrors that shaped the past and left ripples of trauma throughout history. But they also speak of courage and determination under fire, of people who refused to be silenced and found innovative and endlessly creative ways of telling personal histories, experiences, and private messages while carving out a new identity as African Americans. Contemporary artist and quiltmaker Faith Ringgold points out just how vitally important quilts became, not just for warmth and comfort, but as a marker of individuality when so much had been stripped away, observing, “(Quilting) was a way of them being able to continue their art in a way that was acceptable to the slavers because it was keeping them warm.”

Little evidence has survived from the textiles of early America, particularly that made by slave communities. But historical accounts tell how slave women were expected to work long hours producing fabric, clothing, and bedding for their owners through spinning, weaving, and sewing. Because they were given little to sleep on themselves other than scraps and sacks, slaves had to make their own bedding to keep warm. Working with whatever limited fabric resources were available including old clothing, food sacks and rags given to them or discarded by plantation owners, African women made comfortable bedding for themselves and their families, a practice that would gradually evolve from necessity into artistic expression.

Forced away from their homes, possessions and families, slaves had to forge a new history from the most limited means. Quilting was one way to keep the visual culture and textile traditions of their native Africa alive and to weave it into the fabric of their daily lives. The African tradition of making large, distinctive, and eye-catching patterns in bright colours to distinguish one’s kin group from another as seen from a distance was one trope that carried over into African American quilting. Kuba textiles in geometric panels decorated with embroidery and cowrie shells were a strong influence, while the colourful patterns of Kente and Bogolanfini textiles were recreated in cut out pieces of fabric. 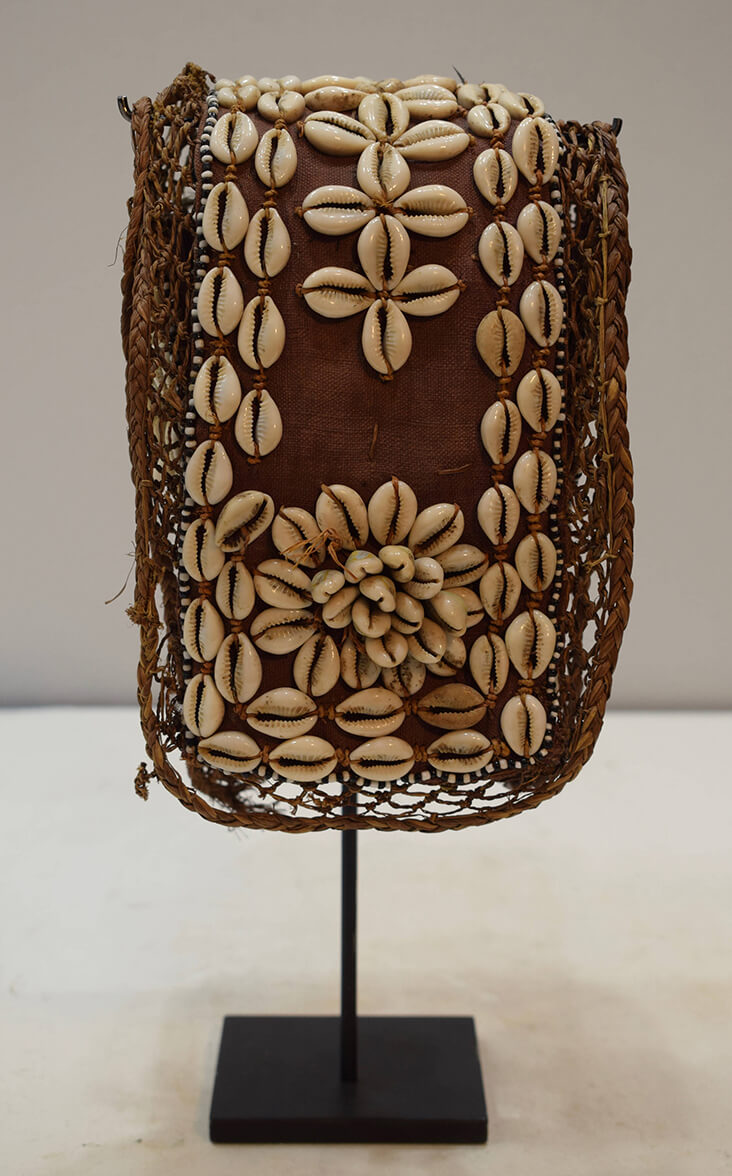 Diamond motifs were an African symbol for the stages of life, with the points representing birth, life, death and rebirth – these shapes later evolved into the renowned African American tradition for the ‘Pine Cone’ or ‘Pine Burr’ motif. Pattern breaks were often incorporated into African designs because they were believed to ward off evil spirits who followed linear paths, or to mark the natural shifts of life experiences, while mixed patterns were a symbol of status, with more patterns signalling greater social rank. 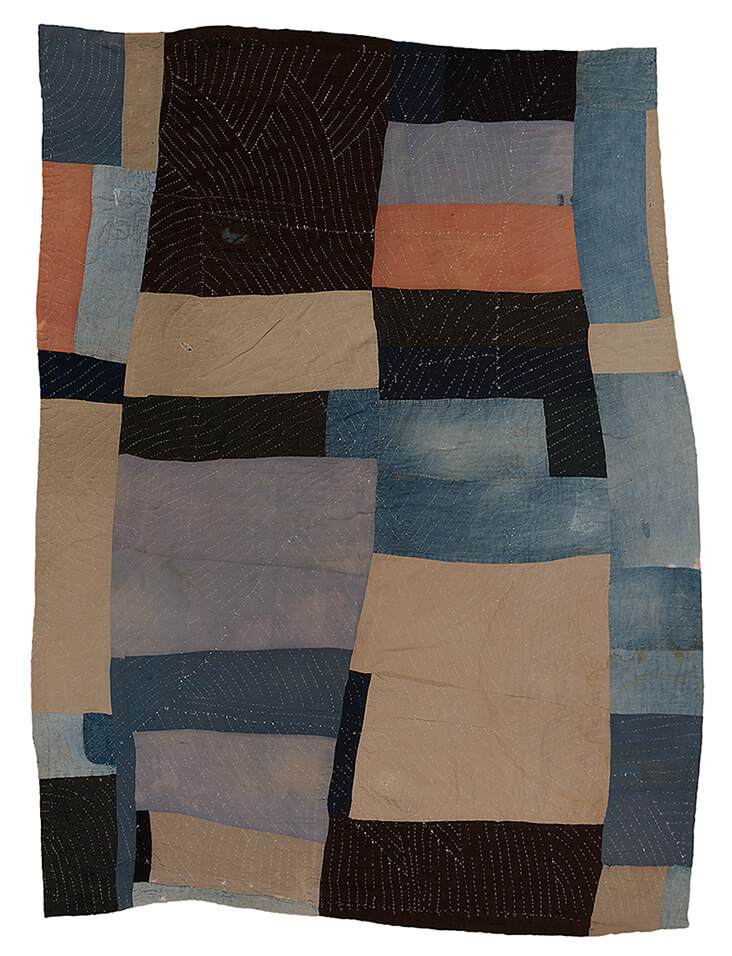 Though African textiles had been traditionally practiced by men, in African American communities it was predominantly women who adopted quilting, turning it into a powerful form of folk art which was passed from one generation to the next. Popular illustrative and symbolic motifs appearing in their designs were Sawtooth, Drunkard’s Path, Bear’s Paw, Railroad Crossing, Tree of Paradise, Ocean Wave, Feathered Star, Log Cabin and Nine Patch. “String quilts” were an innovation that brought tiny scraps of fabric together into larger panels to be sewn into a quilt. 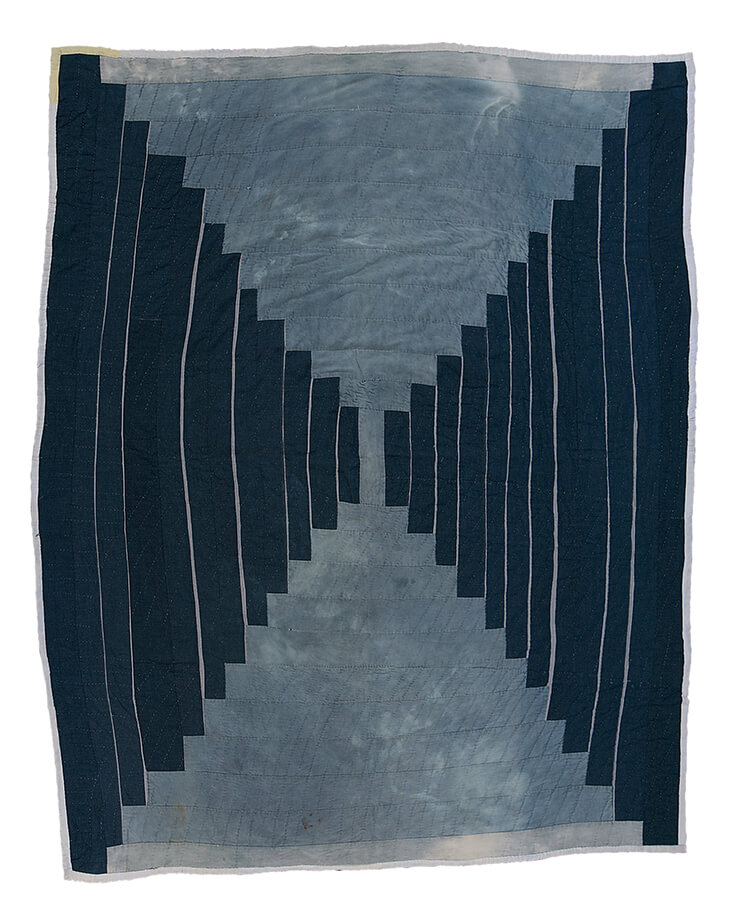 African patterns and designs became deeply integrated into new America through both the importation of slaves and their traditional African textiles. American Quilt collector Eli Leon even credits patchwork to the history of African textiles, observing, “The patchwork quilt emerged simultaneously in England and the United States, in households of aristocracy at a period of time when there were African slaves in those households. Since scraps of cloth were becoming more and more available after 1750 with the process of industrialisation, it seems likely to me that the English and Americans got the idea of using them decoratively from their slaves.” 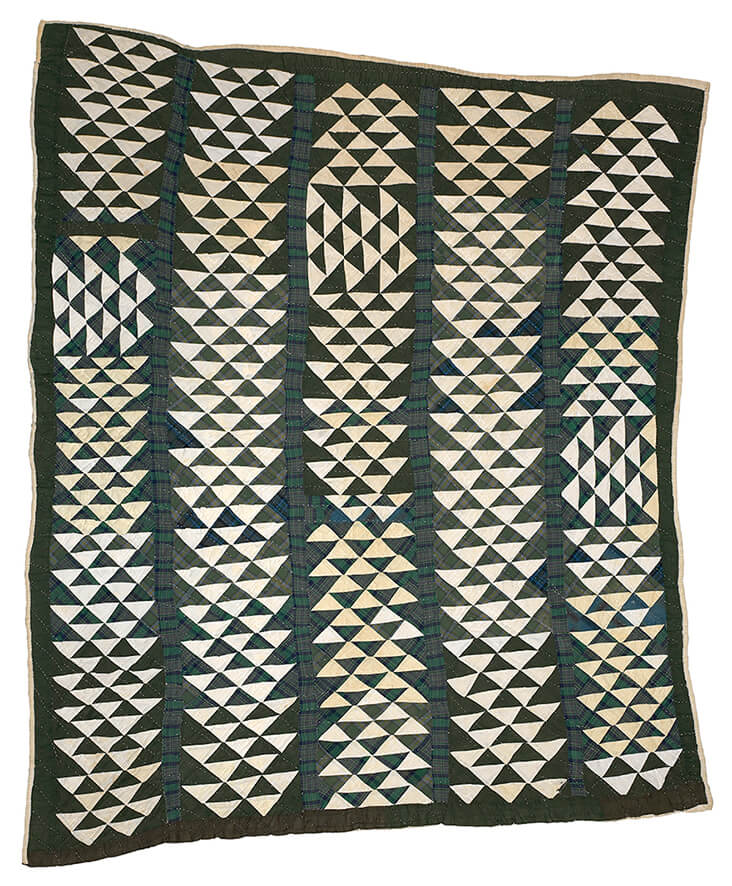 Makers rarely signed their work, meaning it is often hard for historians to distinguish who made specific quilts of the time. Because white mistresses would also gift quilts made by their African slaves to friends and families little or no credit was given to the exquisite skill, tradition, and craft of the original African American makers. Quilts were often made by large groups of women, who could be all African American or include white women amongst them, further complicating the records of history. But in African American slave communities quilting bees were one of the few social occasions that were sanctioned by owners, lending the act of making quilts a quality of emancipation and expressive freedom. 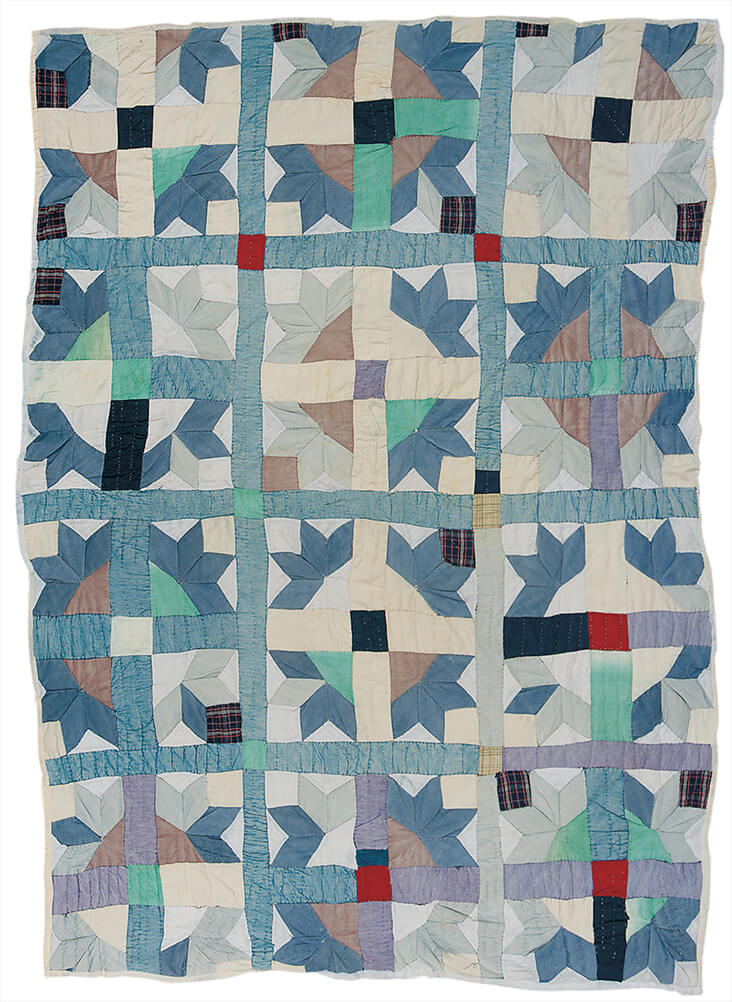 Several publications suggest quilts played a vital role during the Underground Railroad before and during the American Civil War, including Gladys Marie Fry’s Stitched from the Soul (1989) and Tobin and Dobard’s Hidden in Plain View (1999). Both writers argue quilts with recognised symbols including the ‘Bear’s Paw’, and the ‘Cabin’ were deliberately hung in strategic locations to show fleeing slaves which way to run or where to hide on the perilous path to freedom. While little evidence exists to prove if these accounts are actually true, they are a fascinating insight into the past, revealing just how vitally important the coded language of quilting had become across American culture.

I have always wanted to make a shirt dress but had always been very intimidated to give it a try. The collar and buttonholes were enough to deter me. Having successfully made a few other FS patterns, I felt up to the challenge. The instructions you get with the patterns are unmatched. I felt ready…

Tell us a bit about yourself and what you do.   My name is Georgia, I am a 24 year old fashion designer living in Brisbane, Australia. I’m passionate about slow fashion, minimalism, sustainability and ethics. Why do you sew? I have always loved being creative, and sewing has always been a way for me to…