The Doldrums of Creativity

Every once in a while, your ship will sail right into the dreaded Doldrums of Creativity. Have you been there recently? What I’ve found in my life is that usually when I am in the Doldrums of Creativity, it’s not that I don’t have ideas, it’s that I don’t have faith in my ideas. It’s not that ideas aren’t flowing, it’s that in some ways I’m holding myself back from creating them.

Allow me to give you some encouragement today. Perhaps a gust of wind will come along while you are reading and push you back into the direction you want to go. 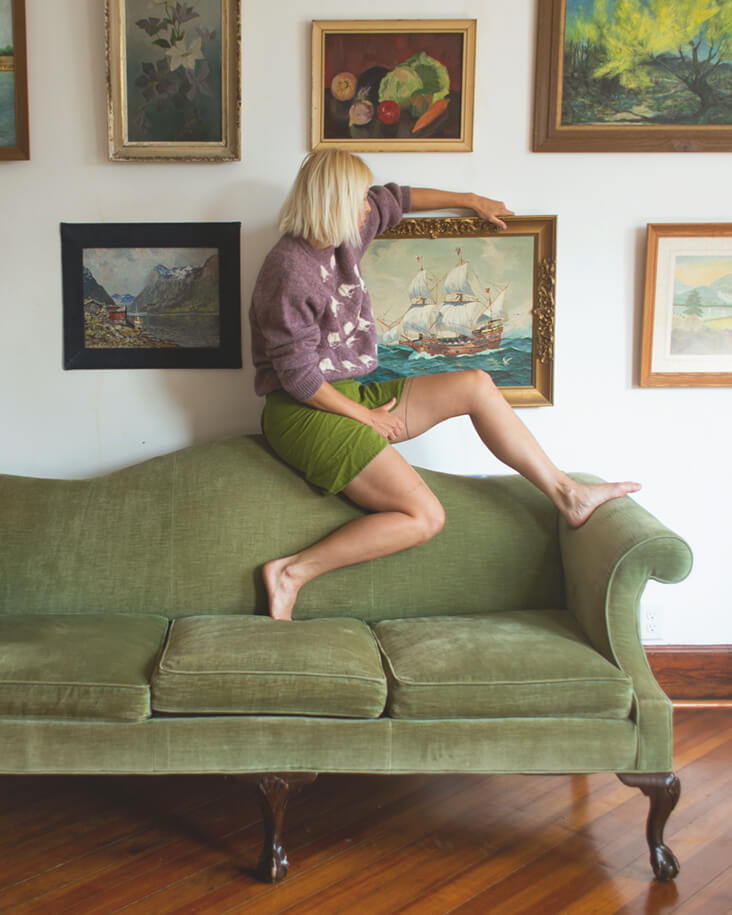 1) Your creative work is a service to humanity

What’s your favorite song right now? Imagine if it was never released into the world. Wouldn’t that be a tragedy?

Sometimes we get caught in deceptive thinking that wanting to do what we are passionate about is selfish.

But let’s think about this. Nearly everything in your life is people’s creative work — the music in your ears, the chair you’re sitting on, the architecture of the building you’re in, your favorite city park.

You benefit from other people’s creativity every single day.

What if the artist who wrote your favorite song just kept it to themselves because they didn’t want to be selfish by putting their work into the world? It would actually be more selfish of the artist to not share it with the world.

Your creative work is a service to humanity. You are not selfish for wanting to create.

2) Listen to the whisper

Every once in a while, you get this little glimmer of an idea, a little whisper of a desire to try something out of the ordinary. Follow that whisper. Those ideas feed your soul in magically refreshing ways.

Here’s the thing, creativity often moves on a different wave length than ordinary work. Ordinary work says we should put our nose to the grindstone a specific number of hours a day. But creativity likes to fight against that.

It is a bit like the French Resistance in WWII. It shows up in unexpected places. It invites you in a gentle voice to blow up a supply train of the normality of your day. It will say, “wouldn’t it be delightful if you made a tiny art project and displayed it below the staircase?”

3) You are an aquifer

One time in college I had a paper due on invasive plant species. It was midnight and the paper was due at 10am. The printer finally laid its ink on the final draft and I snapped the staple through the pages at 5am.

To my amazement, when Dr. Bernards returned the graded paper he said, “this was an excellently written paper. Good job on this.” After I graduated he wrote and asked if he could use some of my writing as examples of what he was looking for in the assignments for future students.

The whole thing was a lesson to me. Actually, pretty much every time I’m forced to write anything it’s a lesson. This is what I learn:

Sometimes creativity comes to you in the soft whisper of intuition, and that’s amazing. But on any given day, there is a well of creative liquid gold in you. You normally don’t tap into it because it’s a lot of work to drill down into the aquifer. But believe me, it’s down there. All the geological surveys say you are a sure place to drill for creative gold.

I’m thankful whenever I’m forced to create because it causes me to drill deeply. I create things I never would have known I could create. I love jumpsuits. I mean, who doesn’t? They are one and done outfits that give you the comfort of wearing a onesie. With that being said, I am always on the lookout for simple yet classic jumpsuit sewing patterns so when I saw the GIA I knew I wanted to try it! It has a…

The strong tradition of African American quilting has existed ever since the dawn of America. Quilts from this period are bound into horrific acts of slavery, a reminder of the terrors that shaped the past and left ripples of trauma throughout history. But they also speak of courage and determination under fire, of people who…

We often think of linen as solely a summer fabric, but as I welcome the brisk breeze on these fall mornings, I find myself reaching for my favorite extra layer, my linen jacket, as I run out the door.  Linen is known for its breathability, strength, and ability to evaporate water quickly, making it a…

Power and Purpose: The History of African American Quilting

“I do view African-American quilting as a genre, just like traditional quilts, art quilts, modern quilts. Our quilts are just a little bit different.” O.V. Brantley, Founder of Atlanta Quilt Festival Quilting is a vital strand of African American culture, telling vividly complex stories of pain, oppression, freedom, and power. There is no single unifying…

What made you start your own maternity wear company, what problems were you going to solve with your product? We started working on EMME during the summer of 2019. Katarina was in her third trimester and made a lot of jokes about how much she hated everything she wore while she was pregnant (wearing sweats…