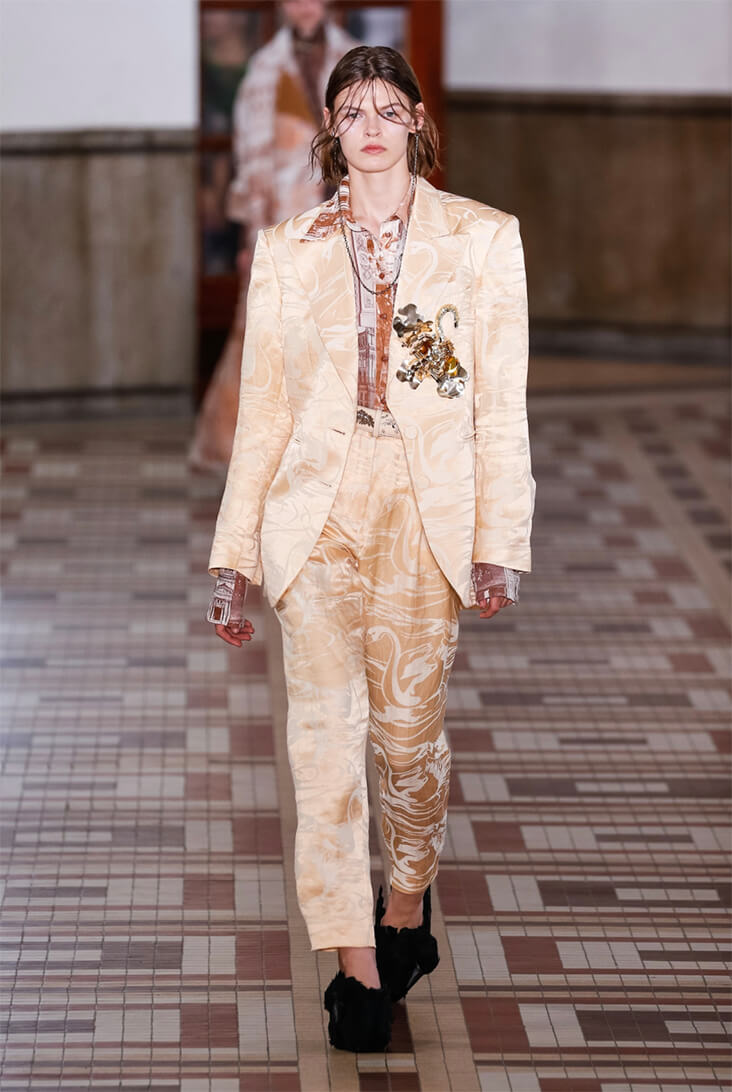 Since the invention of the jacquard loom in the 1800s, demand for the sumptuous fabric has remained on an all-time high. Because of this, the technology for producing jacquard has been constantly evolving and it is now easier than ever to produce and buy the densely textured, richly patterned cloth that has fascinated for centuries. It is now available in a wide range of textures from lightweight silks to smooth cottons or dense wool. Patterns vary hugely, but the intricate, organic designs from the Byzantine era, such as scrolls, arabesques, crests and animals remain at the core of the fabric’s tradition. Let’s take a look at some of the most prominent, contemporary examples of jacquard fabric and how they merge historical references with the forefront of innovation.

Electronic jacquard looms were introduced in the 1980s, which connect to computer programming rather than Jacquard’s punch cards and allow for an ever more complex array of designs to be made. Reversible, damask fabrics and modern, textured brocades can also be made on a jacquard loom. All manner of designs are possible including shimmering passages of oriental florals, bold, geometric patterns, animal print or even lyrical passages telling fabulously detailed stories. With such a vast range of available options, available, it is perhaps no surprise that the fabric has remained a popular choice for so many of today’s designers. 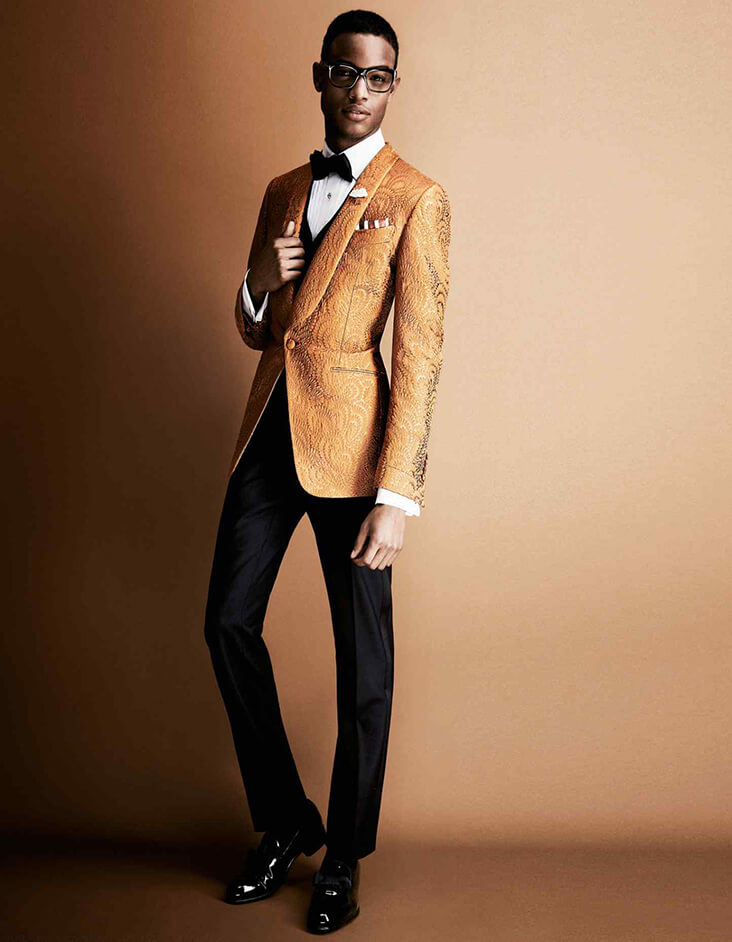 In 2014, American designer Tom Ford introduced a range of experimental jacquard fabrics into his menswear lines. Varying widely from cocktail jackets in flamboyant pink or lime green animal print to ornately patterned silk ties shot through with metallic thread, his experimental take on the luxurious tradition has continued to influence designers since. American fashion designer Marc Jacobs is also well-known for his floral jacquards. In his Spring/Summer 2017 collection he combined pink, organza silk with a woven leaf pattern in silver metallic yarn. Jacobs described the fabric as both feminine and “a bit crazy,” qualities that came to inform the flirty femininity of the final dress design. He commented, “This is a good example of the fabric helping you to design the dress…” Meanwhile, Italian designers Dolce & Gabbana have harnessed their native country’s connections with the history of jacquard and brocade for decades, incorporating the old-world opulence of the fabric with silky, metallic jackets and trousers for both men and women in slim, contemporary cuts. 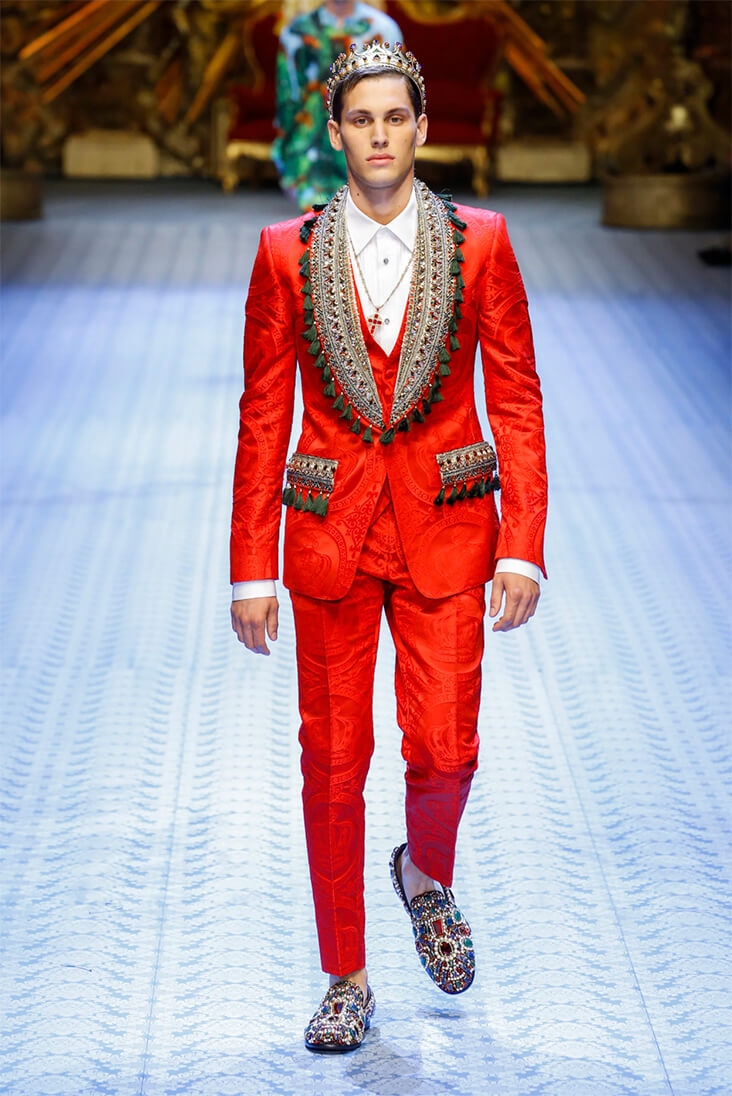 British interior design company Timorous Beasties are known for combining kitsch or ornate traditions with a darker, subversive edge. In their unbelievably decadent velvet ‘Tourmaline Damask’, historical Renaissance floral and plant patterns are amplified and exaggerated into hedonistic displays of intoxicating colour and pattern that verge on the monstrous and terrifying. Other patterns play with the uncanny symmetry of Rorschach ink blots, combining their strange beauty with the curling, swirling energy of arabesque scrolls. 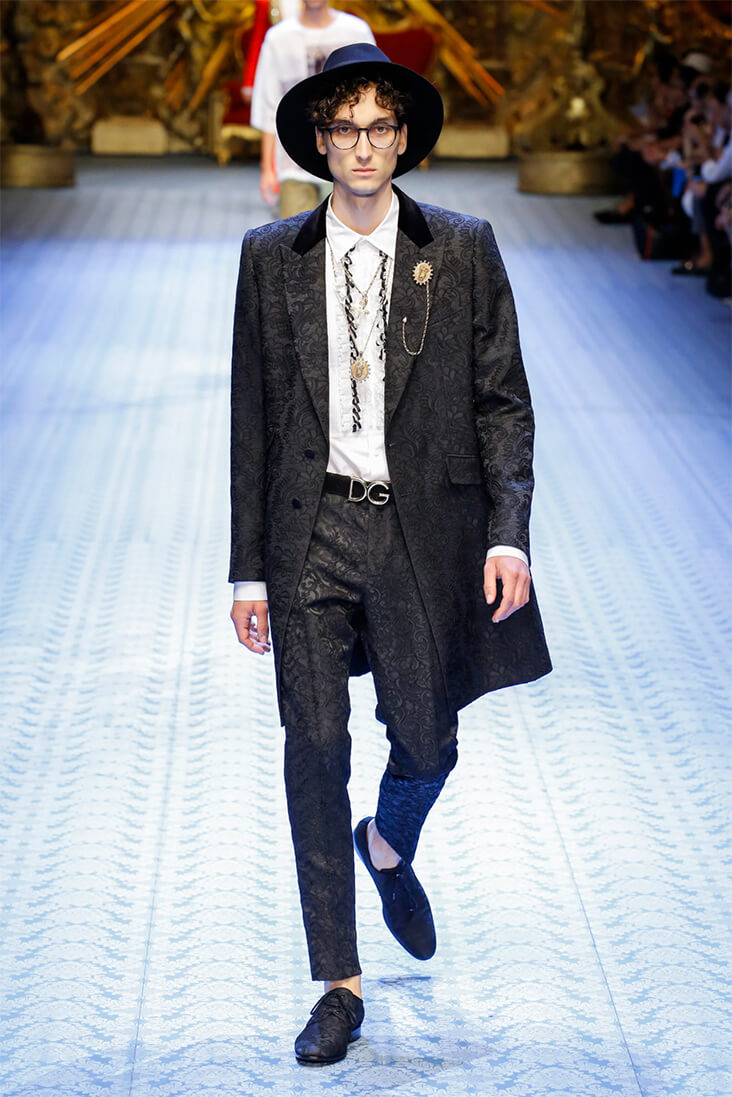 Various design companies continue to push the innovative possibilities of jacquard, which has been inherently linked to technology since its formation. San Francisco based digital platform Wovns allow customers to create and order their own bespoke weavings in any pattern possible online and have them produced and sent out. Following on this exciting trend for digital fabric, Jacquard by Google was founded in 2014, where touch sensitive yarn is woven together with ordinary fabrics and made into wearable garments such as jackets and shirts; this fabric allows instant access to device technology through touching our sleeves or shoulders, proving just how progressive the jacquard fabric continues to be. 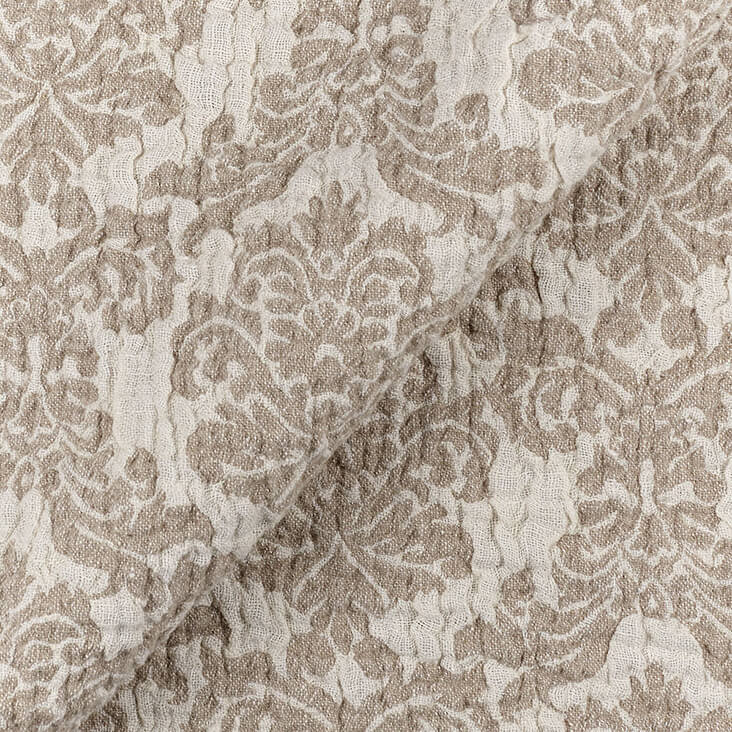