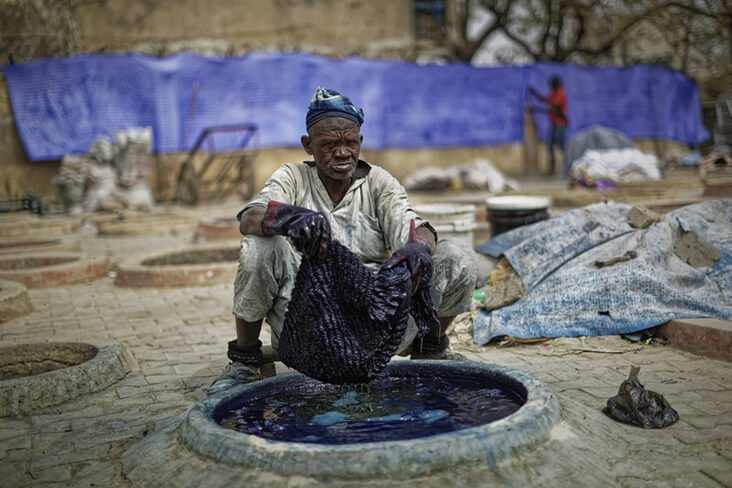 A craftsman dyes cloth with indigo in one of the ancient dye pits of Kofar Mata in Kano, northern Nigeria.

“No colour has been prized so highly or for so long, or been at the centre of such turbulent human encounters.” Catherine E. McKinley

Indigo’s deep, intense blue has a long and complex history which spans millennia. Originally derived from the tiny leaves of the Indigofera plant species in tropical regions, the rare colour became a highly prized import in the Middle Ages, travelling with ivory, gold and salt to the Mediterranean. Desirable in Christian, Islamic and Jewish cultures, the colour came to symbolise the ancient caliphate, royalty, sainthood and the canopy of heaven, while Sir Isaac Newton saw it in the rainbow between blue and violet, calling it “visible yet immaterial.”

India is thought to be one of the earliest places to produce indigo dye, where it can be traced back to the 4th century BC. During the Greco-Roman era, India supplied Europe with the much-desired substance, while the name indigo is thought to be derived from the Greek word Indikon, meaning “from India.” Romans used indigo as a pigment for painting with, as hair dye and eye-makeup, and also believed it had powerful medicinal and aphrodisiacal qualities. 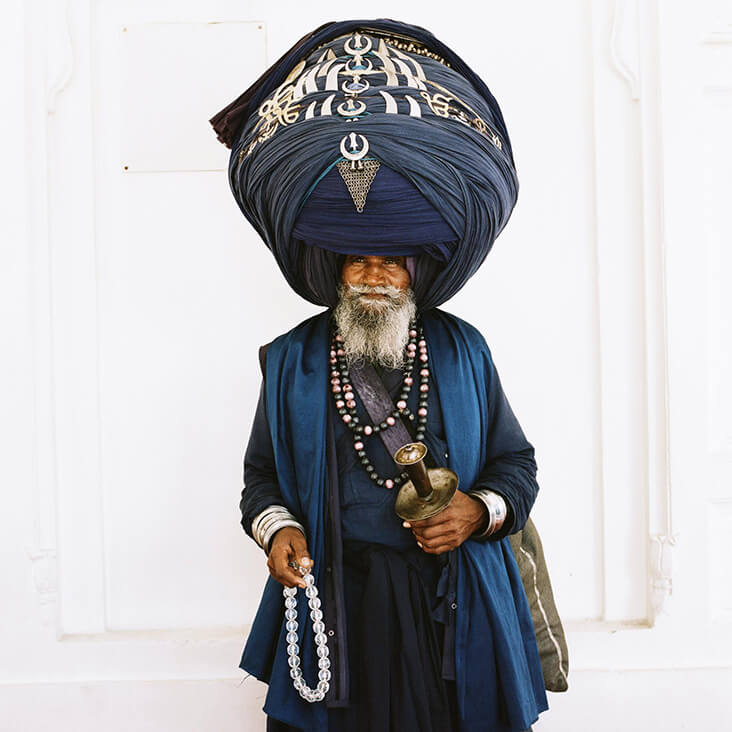 Throughout the Middle Ages, the colour indigo’s potent religious and symbolic significance around the world meant it was in high demand. Indigo’s mysterious dark beauty and the challenging processes required to make it usable even led many to call the colour “blue gold.” But as a result, India’s indigo trade became brutal and bloody, as workers were exploited, abused and overworked. As a cheaper alternative, Europe produced woad dye from the more commonly available knotweed, or Isatis tinctoria, but it was less vibrant and steadfast than the Indian variants. In a bid to protect their woad indigo, French and Norwegian officials even banned the importation of Indian indigo into their markets. 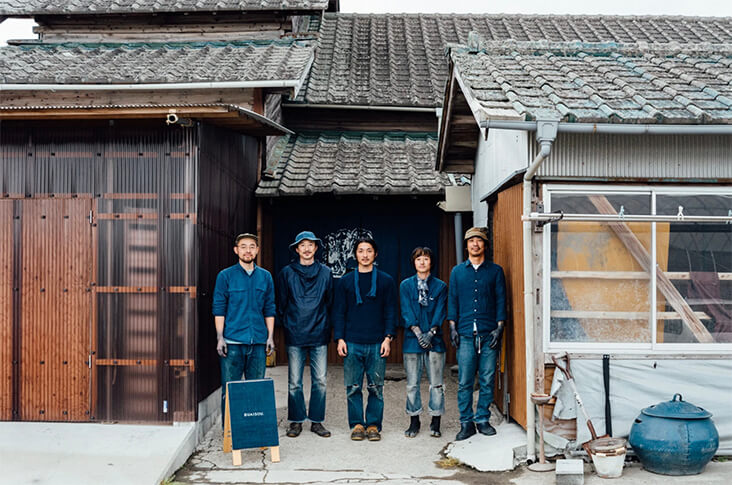 Like India, West Africa also has a long history of indigo production. Steeped in tradition, the ancient craft of creating indigo cloths had been passed from one generation to the next, from growing and harvesting to fermentation and dyeing. Women were particularly skilled at producing richly crafted, beautifully made indigo cloths and garments, which were not only a valuable form of currency and status, but deeply embedded with spiritual symbolism, an ethos that still persists in many West African cultures. 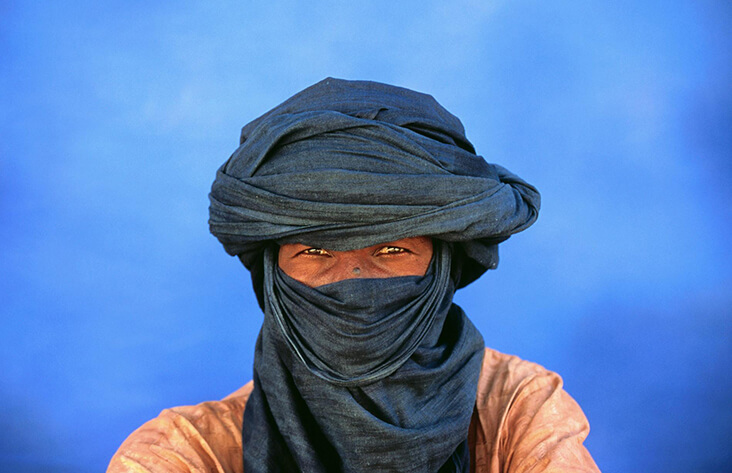 Tuareg men are sometimes referred to as “blue men” as the vibrant indigo dye of their head wraps stains their skin with a blue hue. Photograph by Frans Lemmens

As colonialism spanned across Africa, the highly profitable skills West Africans had in indigo crafts were exploited by American and European slave trades. Colonial Indigo plantations were established in the West Indies and Americas, where slaves from West Africa were forced to produce dyes for wealthy European and American markets. In fact, such was the competition, brutality and rivalry in indigo production from the 16th to the 19th century, it is sometimes called “the devil’s dye.” 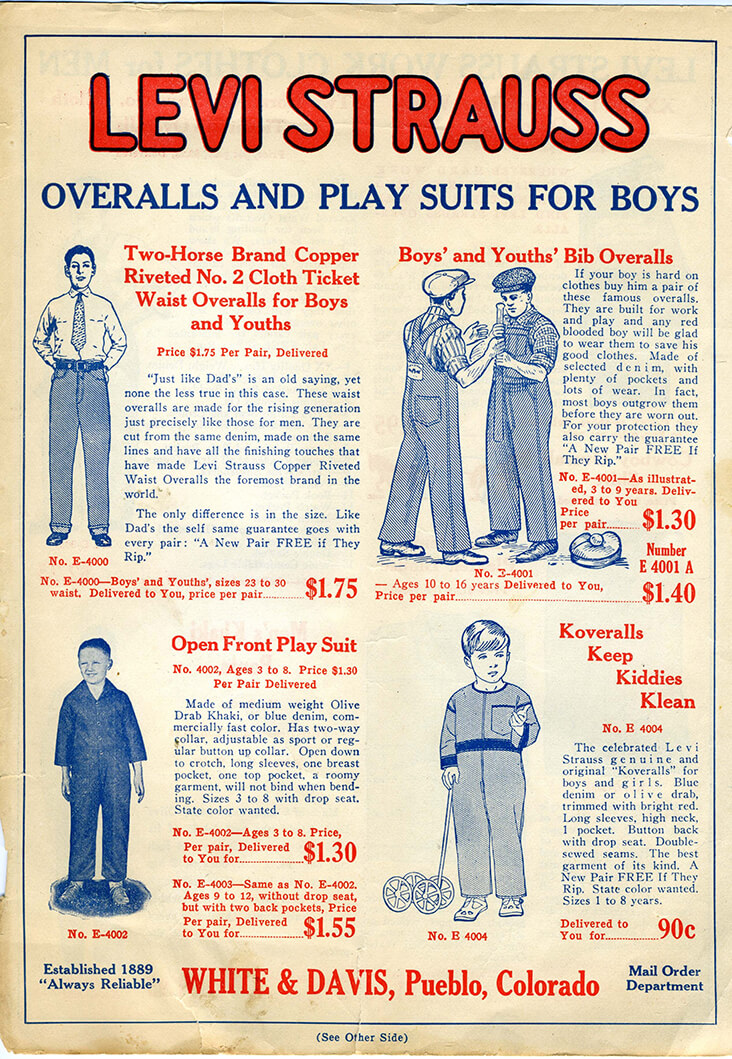 Indigo blue jeans, with their trademark worn patches of fading, were once the workwear of these, and other enforced labourers. Popularised by Levi Strauss in the 1850s, blue jeans were transformed into a rebellious symbol of solidarity with workers, and became particularly popular during the civil rights movement in the 1950s, before being adopted by street and hip-hop artists. Notably, the indigo colour was synthetically manufactured from the 1890s onwards, and it is this artificially manufactured version that colours much of the jeans, and other indigo blue fabrics we see on sale today. The natural, gradual fading effect that indigo dye induces in denim jeans is triggered as the dye reacts with cotton fabric, producing a trademark, worn-in patina. 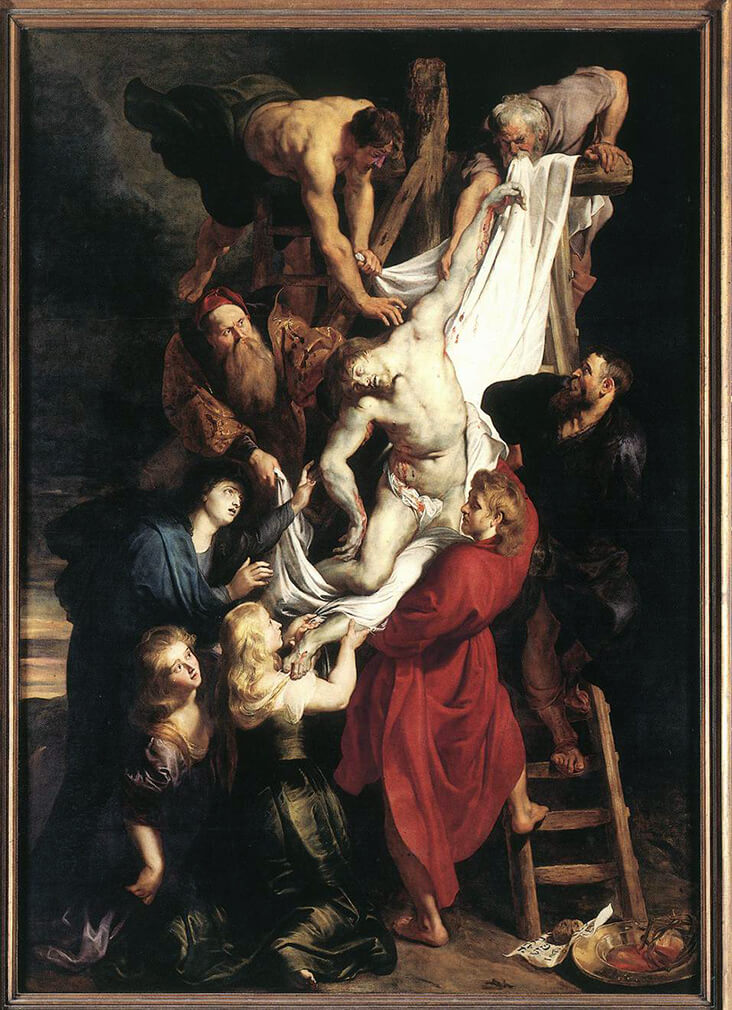 Though better known as a fabric dye, artists through the ages have also been entranced by the intrigue of indigo. A tricky substance to translate into pigment, the steadfastness of the colour varies significantly in artworks through time. In Friedrich Herlin’s Early Renaissance altarpieces from the 15th century, indigo often adorns the gowns of saintly figures, though some of these have sadly fallen victim to indigo’s tell-tale fade. Peter-Paul Rubens also brought indigo into his moody, dramatic skies, as seen in Descent from the Cross, 1612-14, where only the darkest shades of blue could convey such brooding drama. In Johannes Vermeer’s Christ in the House of Martha and Mary, 1654-56, indigo falls over Christ’s body like a velvety cloak of shadow, glistening in the light. In the 20th century, Matisse discovered the raw beauty and mystical wonder of West African textiles, particularly their prevalence of indigo blue, which came to colour much of his art and subsequently had a profound, lasting impact on the modern visual culture that followed him. 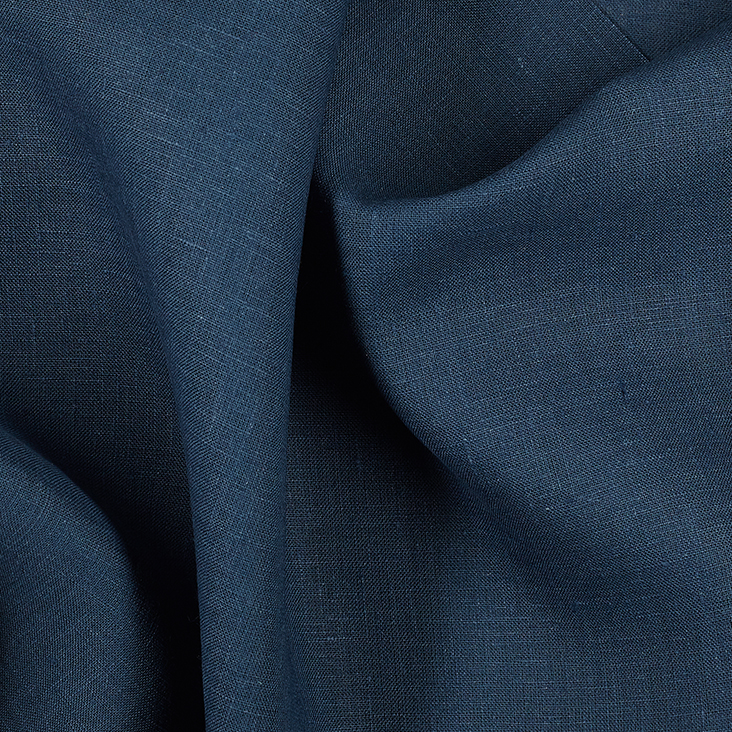