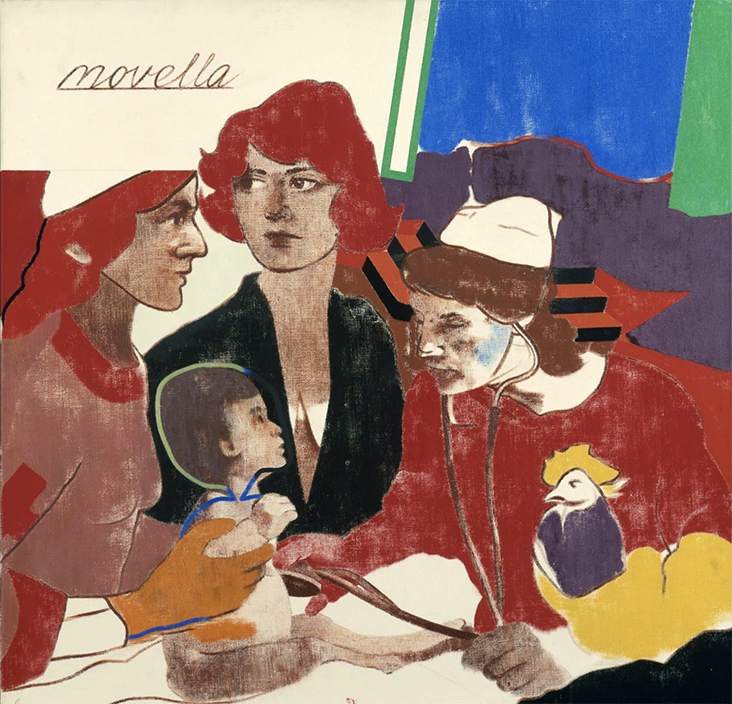 POINSETTIA Linen’s full-bodied richness can breathe passionate, fiery life into the colours around it, igniting in them an electrifying, energising heat. For American born painter R.B. Kitaj this colour became a symbol of rebellious defiance, a statement of unflinching strength and determination. Such was the importance of this colour to him, with its socialist, rebellious connotations, that Kitaj often referenced it in the titles of his lyrical artworks, embedding it deep into their very core.

Originating from Cleveland in Ohio, Kitaj was born to a Hungarian father and Russian-Jewish mother in 1932. Not long after he was born, his parents separated and the artist was raised by his mother Jeanne Brooks for many years, while she earned a living as a steel mill worker and teacher. She later re-married Walter Kitaj, an Austrian research chemist, and allowed her son to take his step-father’s surname. 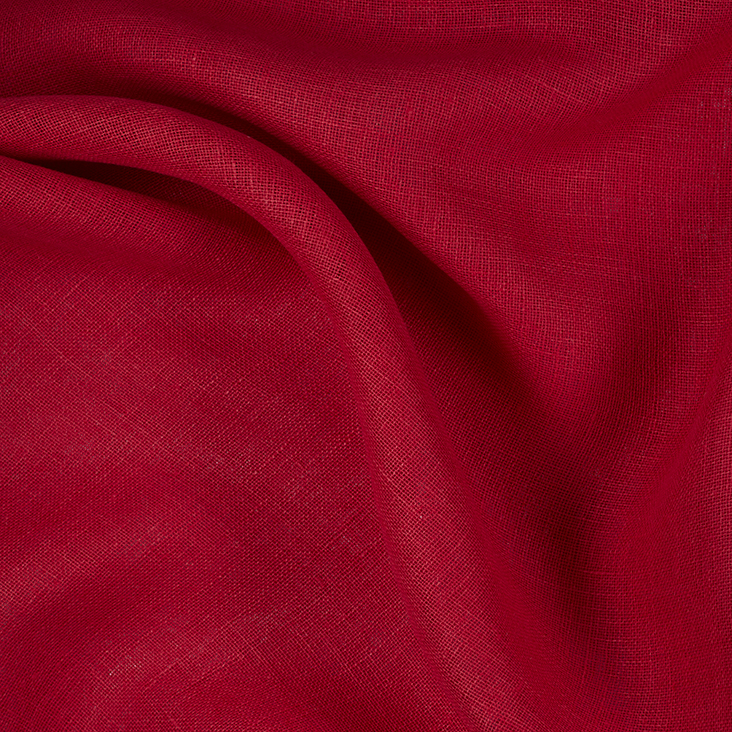 Kitaj’s artistic aspirations began when he was in high school, when he took extra-curricular art classes, but following his graduation, curiosity and wanderlust led him to “run away to sea” with the Merchant Marines, where he was able to travel widely around the world, visiting Europe, Latin America and Cuba. While on leave, Kitaj set up an apartment in New York, where he would scour the local bookstores and attend art classes. During a drawing course at the Academy of Fine Art in Vienna Kitaj met his first wife, the American Elsi Roessler and they married in 1952. Four years later they settled in Oxford, England, where they began a family.

A bursary for Army veterans allowed Kitaj to study a fine art degree at the Ruskin School of Drawing and Fine Art in Oxford, where he was encouraged by art historian Edgar Wind to integrate historical references into his art. Moving on to study a postgraduate at the Royal College of Art, Kitaj formed a lasting, supportive friendship with David Hockney. In the early painting The Red Banquet, 1960, we see Kitaj’s signature brimming energy and fragmentary motifs, as a group of exiled revolutionaries based on real people are painted with streaks and stains of wine-red crimson, which dominates an otherwise muted palette of blue, grey and ochre, highlighting the searing rawness of their rebellion. 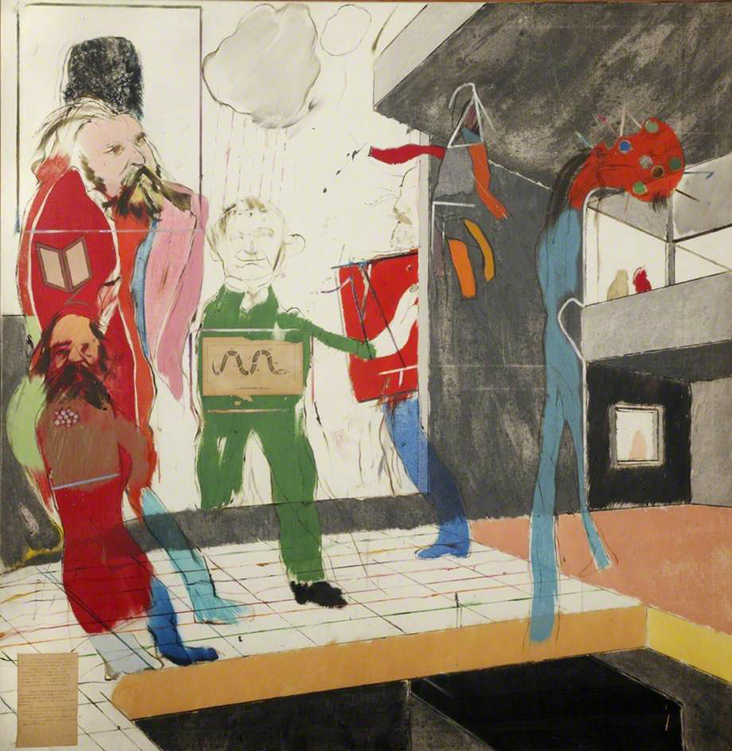 Kitaj held his first solo exhibition in 1963 with Marlborough Fine Art in London and soon found critical acclaim for his politically engaged, yet sensuously expressive canvases. In Dismantling the Red Tent, 1963-64, a near monochrome canvas is punctuated by a sharp shard of red, jolting us to attention. Polar explorers made rent tents a form of beacon or safe haven that could be viewed from a distance; following the assassination of John F Kennedy, Kitaj saw the red tent as a wider political need for unity and reassurance, writing how the men in his painting “hover about the tent for warmth.”

Kitaj found success in the United States in the 1960s, while Novella, 1967, typifies his work of the period. Tensions simmer in scorching rivers of red and boiling expressions, though little is given away. After his wife’s sudden death in 1969, Kitaj spent time with his two young children in Los Angeles, near where his friend Hockney had settled. Grief settled into recovery through teaching work at the University of California, where Kitaj met his second wife Sandra Fisher. 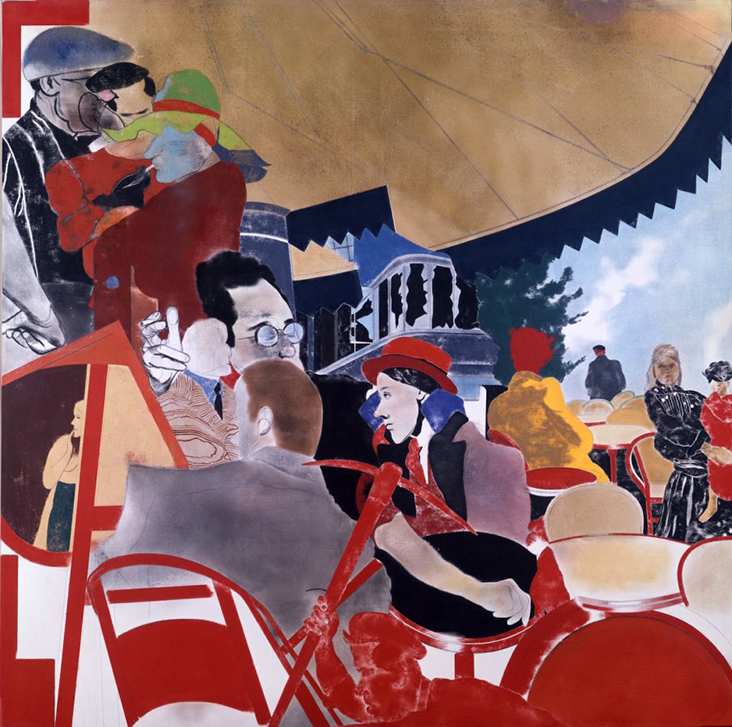 In the 1970s Kitaj and Fisher moved to London, where Kitaj became closely associated with a group of figurative painters including Lucien Freud and Frank Auerbach, who he helped unite, defining their name as The School of London. In his painting The Autumn of Central Paris, 1972-3 he captures the European city as a place of crowded dislocation and anonymity, while his trademark crimson red blazes like a revolutionary fire, ripping through and breaking apart the scene. 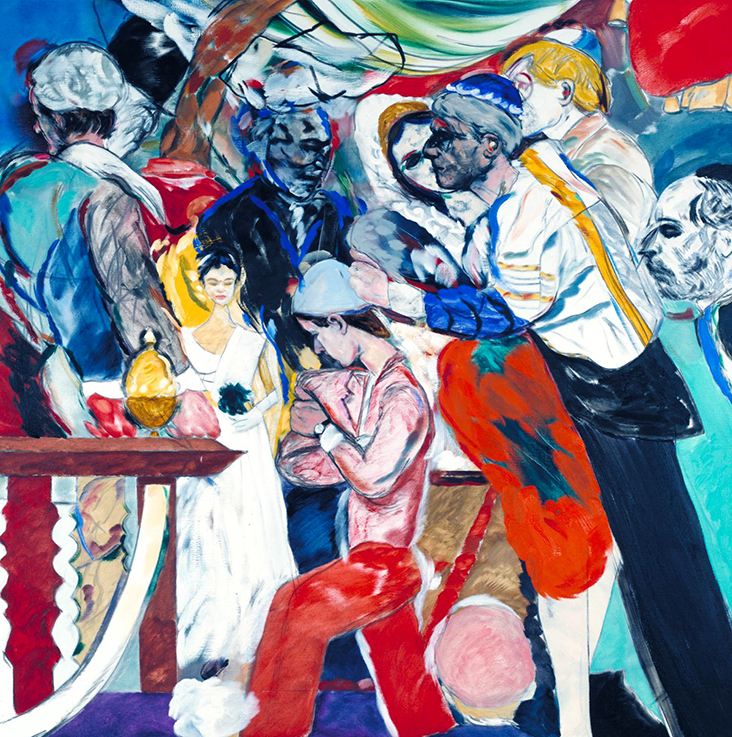 Kitaj married his second wife in 1983 and they had a son together in 1984. He later captured their union in The Wedding, 1989–93, which took him over four years to complete, featuring their blended family and friends in a rhythmic display of colour and light. Figures shift and move through time and space like broken, half-forgotten memories, but blazing red rises to the top and pulls together the scene, pulsing with passionate, primal and unstoppable energy.