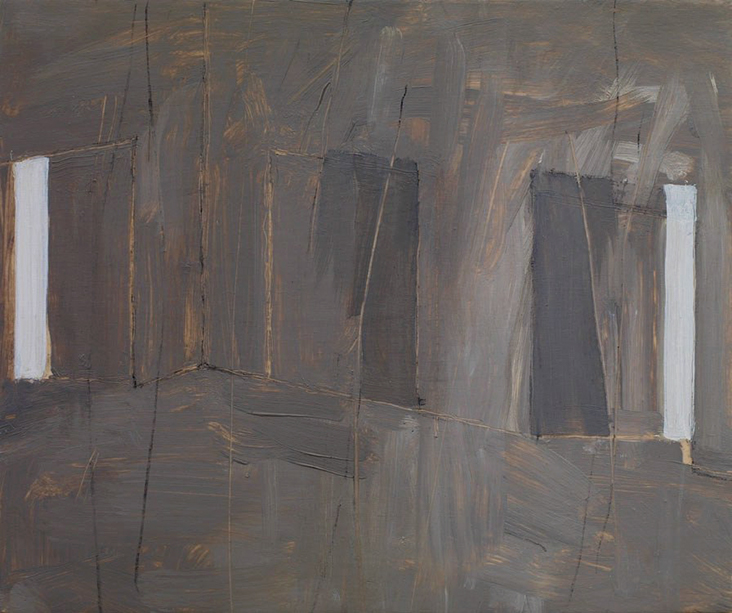 In Vicken Parson’s small, quiet land nothing is quite what it seems. Slabs of grey, trembling shadow fall over darkened walls or barren landscapes, but strange angles, linear patterns and shards of light splice them apart before we can make sense of them. ASPHALT linen mimics the tone of Parson’s cool, mid-grey shadows, a colour suggesting the concrete pavements, rain soaked bricks and hardened metal of the urban jungle. Though there is a distinctly industrial feel in much of Parsons’ work any direct meaning is made obscure, pressed tightly into the recesses of dark corners. “It’s not a real space … it’s a suggested space,” she writes, before adding, “…sometimes it’s a cancellation of that.” 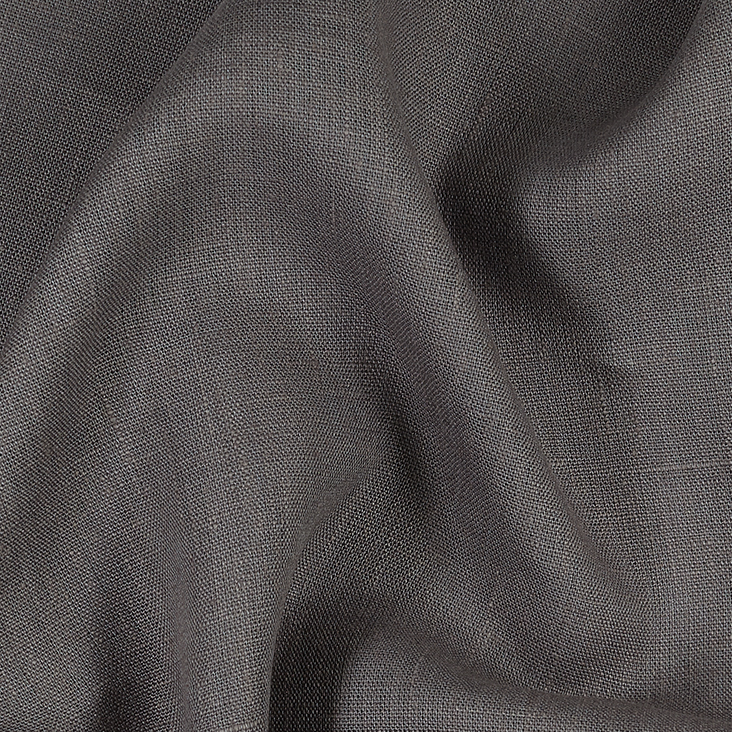 One of five children who all went to art school, Parsons’ childhood was endlessly creative. Her father was an actor-turned-farmer and her mother was a potter; though they had little money their lives were enriched by the pursuit of artistic activity. As an art student at London’s Slade Parsons was unfazed by the mend-and-make-do lifestyle, living in a squat, eating homemade bread and soup and “foraging for wood and candles.” All around her in the 1980s artists turned increasingly towards video and performance art, but she clung to traditional forms of making like a limpet on a rock, engaging with materials that allowed her to explore painterly forms of figuration.

When Parsons married fellow artist Anthony Gormley and had children, smaller painting fit better into her lifestyle, but rather than hindering her ambition this move came to enhance her practice, allowing her to focus on the intimacy of mark making and the compact, refined depiction of space as geometric abstraction became her new focus. “I like the contradiction of making a large space within a small thing, and then within the small thing, the space opens up again,” she writes. 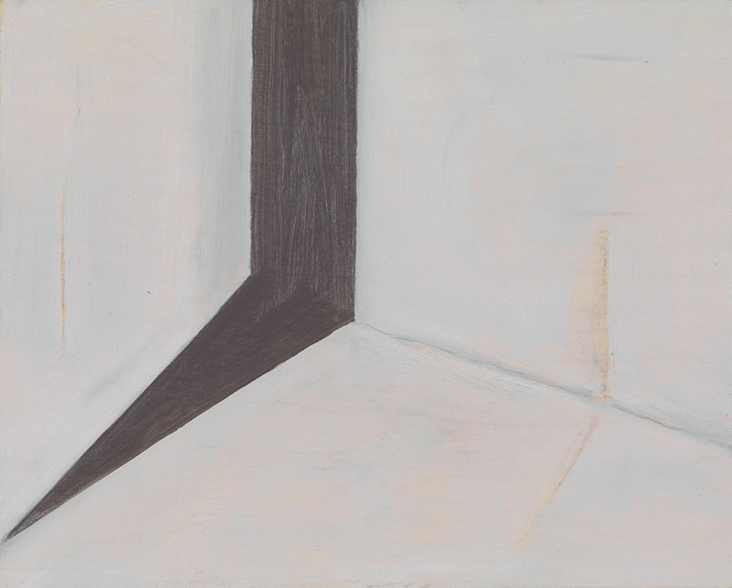 In much of her work the palette is pared back and subdued, suggesting the urban backdrop of London, where she has continued to live and work for most of her adult life, but there is also an intensive psychology at play, an attempt to capture what she calls, “a place which is hidden … the unconscious…” In Untitled, 2005, a diagonal, triangular strand of shadow in cold grey falls across a ghostly white space, breaking it in half and suggesting just the faintest trace of movement in recessed space, like a door being pushed slightly open, or perhaps beginning to close.

Untitled, 2008 is even more abstract, as a painterly sheet of rich grey almost covers a warm, ochre yellow beneath, just peeping through, like sunlight behind a heavy, iron curtain. Brushing its surface with icy iridescence is the palest light blue, while circular lines drawn over the surface suggest droplets on rippling water. Cold grey is scumbled over an entire ground of yellow in Untitled, 2009, lending the work a glowing warmth and depth, while solid strands of cold, metallic grey and white sit, or float on the surface like abandoned debris in an industrial wasteland. Scratched in and drawn on lines almost draw us in with the suggestion of linear perspective to the left of the centre, but they begin to unravel like loose threads rather than pulling taught, flattening the space and closing us out. 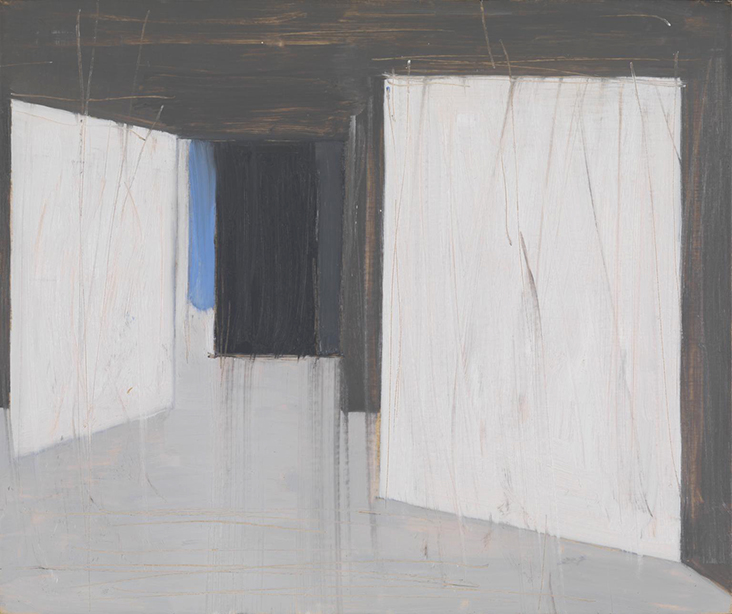 In the more recent Untitled, 2010 there is a greater sense of being drawn into real space, as angled panels create a foreshortened, tromp l’oeil effect and draw us towards a strange blue light in the distance. But any sense of architectural realism is stripped back to skeletal basics as moody grey shadows hover in still, glowering silence, holding mysteries hidden deep within.