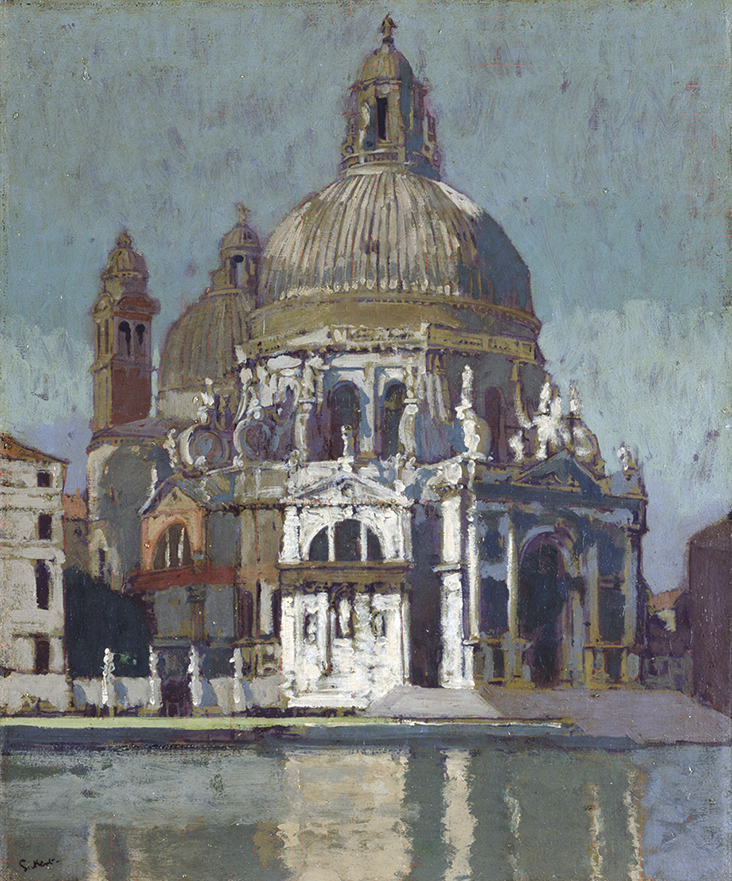 Moody, sombre and filled with suspense, the silvery blue tone in REED linen was entrancing for British painter Walter Richard Sickert, allowing him to convey scenes lit by a soft, diffused light. From the murky waters and metallic skies of Venice to delicate, intimate interiors, Sickert conveyed a spectrum of subjects with this colour throughout his career, filling his work with a quiet, ghostly sense of anticipation. He was particularly fascinated with the ways paintings, through the careful depiction of colour and light, could suddenly lift everyday scenes into the realms of the mystical and otherworldly, observing, “one day something happens, the touches seem to ‘take’, the deaf canvas listens, your words flow and you have done something.” 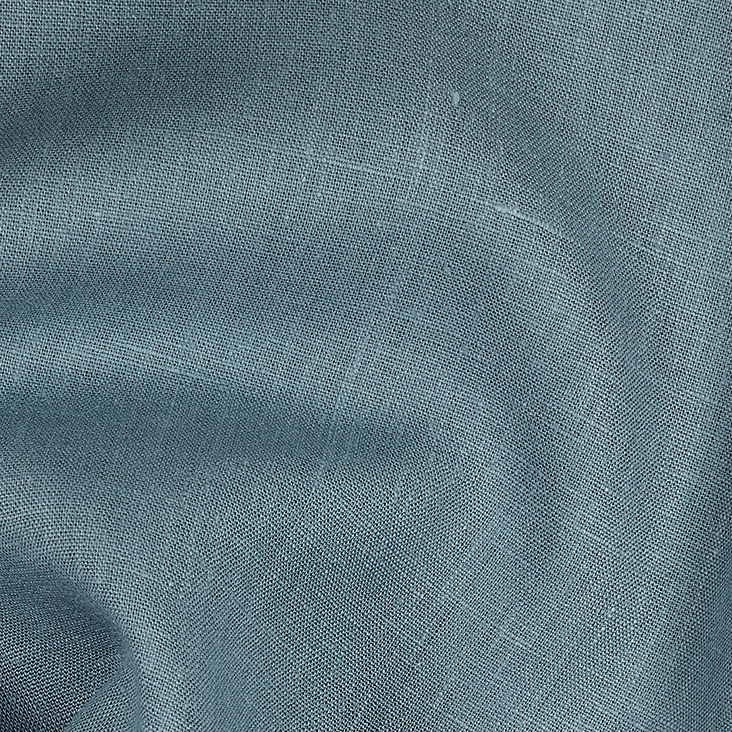 The eldest of six children, Sickert was born in Munich in 1860 and spent his early years in Germany. At the age of 8 his family relocated to London, where he continued to live off and on, and would later establish his reputation as part of the Fitzroy Street Group of painters. As a young man Sickert was charming and bright, developing fluency in English, German and French. He began his artistic training in the theatre, taking up an early career in acting and travelling with various touring productions before his desire to paint took over. After taking a general art course at the Slade, Sickert took on an apprenticeship with renowned British painter James Abbot McNeill Whistler, where he was predominantly a studio assistant, yet learned a huge range of technical skills in painting and printmaking that would remain with him for life. 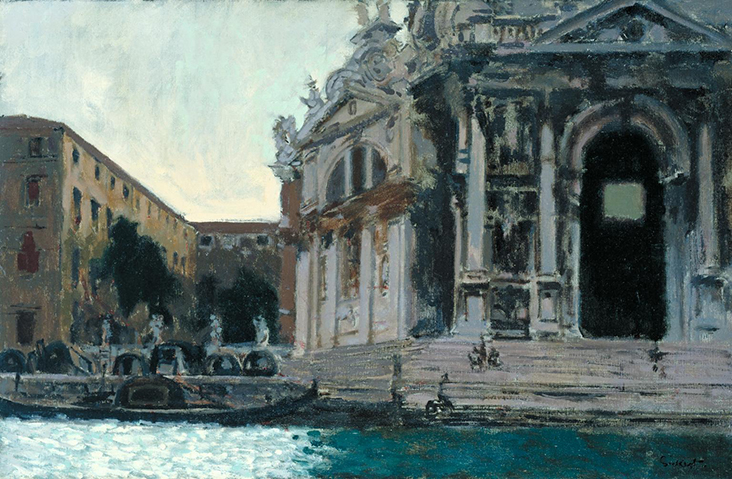 In the 1880s Sickert was profoundly influenced by Degas, emulating his wet on wet painting techniques and the portrayal of scenes from ordinary life including music halls, domestic scenes and landscapes. He later mused, “The artist is he who can take something ordinary and wring out of it attar of roses.” Sickert visited Venice for the first time in 1895, where he became infatuated with the crumbling city surrounded by salty air, white light and rivers of mysterious, foggy water. In a letter to a friend he wrote, “Venice is really first rate for work…” adding, “(it is) the loveliest city in the world.”

Though he settled in Dieppe in France in the following years, he continued to return to Venice on painting trips for the next decade, painting landmarks including the Rialto and St Marks. In Santa Maria Della Salute, 1901, misty, sea stained skies and shadowy, greyish blue waters shimmer around the white temple, lending it an air of impending drama. This same blue colour permeated into interior scenes, as seen in the enigmatic pastel drawing Mrs Barrett, 1905, where gentle blue tones suggest dwindling light as the figure is almost consumed by shadow.

Sickert returned to London in 1906, settling in the Camden Town area where he became a leader in the city’s avant-garde, establishing the painterly Fitzroy Street Group, which grew into the Camden Town Group years later, eventually culminating as the London Group. In the 1930s Sickert worked increasingly from photographs, often portraying everyday snapshot scenes from found sources. Miss Earhart’s Arrival, 1932, copies a newspaper image documenting crowds gathering at Hansworth near London, waiting to see the arrival of Amelia Earhart, the first woman to fly solo across the Atlantic. Sickert’s rain lashed, anonymous crowd melt into a sea of silvery grey and blue British light as excitement hangs in the air around them. 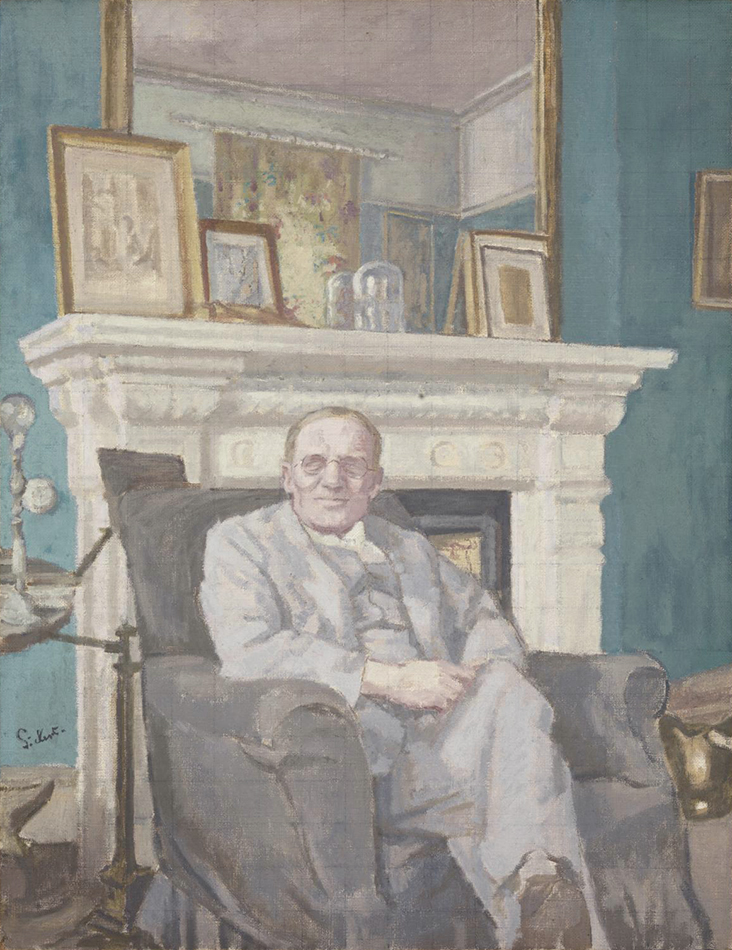 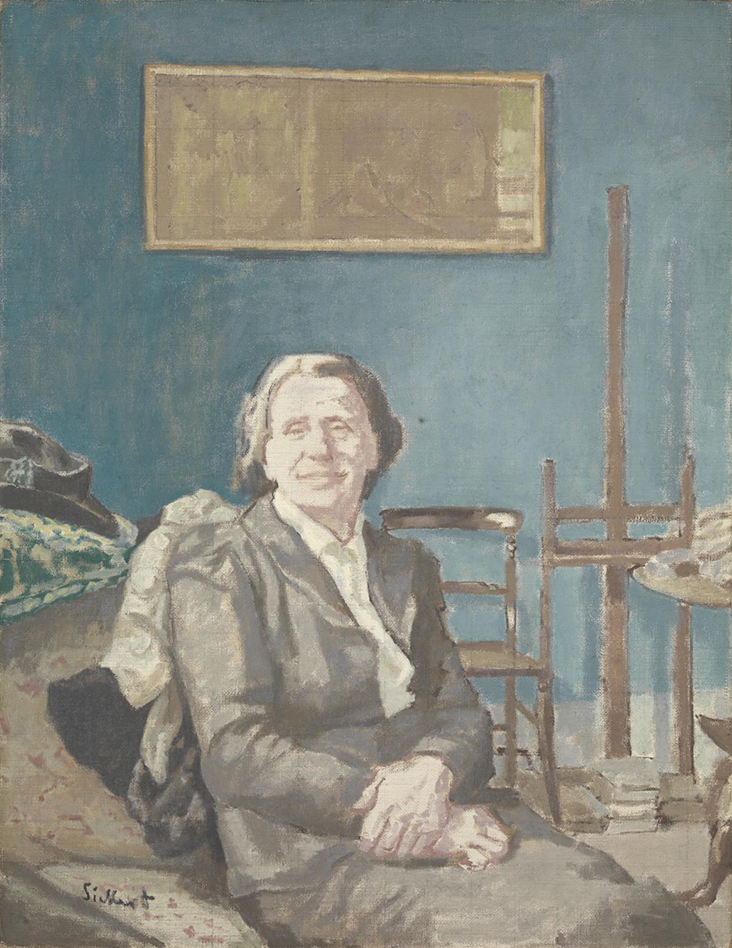 In the 1930s Sickert painted a series of informal portraits documenting public figures, including the dual husband and wife portraits Lady Martin, 1935 and Sir Alec Martin, KBE, 1935. In both works the sitters are painted in a pared down palette of blue and grey, lending them a spectral, ethereal quality as they glisten like ghosts and become one with their surroundings.

American painter Robert Ryman made many of his quiet, introspective paintings on biscuit toned backdrops, coloured with the same warm, comforting neutral of NEW SAFARI Linen. He interrupted these backgrounds with jarringly fresh shades of arctic white, sometimes skidding like an accident across the picture plane, other times neatly ordered into fenced off squares. A…

French painter Albert Gleizes had a particular knack for painting radiant, golden tones alike to CURRY Linen, investing his paintings with a humane and deeply comforting warmth. A leader in the school of French Cubism alongside Pablo Picasso and Georges Braque, Gleizes pioneered new ways of seeing the world, painting with multiple perspectives and fragmented…

Peter Lanyon’s turbulent paintings capture the sublime rough and tumble of the English coastline, with free, energised brushstrokes and luminous shades of grey alike to QUARTZ Linen. A leading member of the St Ives School in Cornwall, Lanyon blended the style of Abstract Expressionism with the majestic wonder of the Cornish landscape, painting craggy rock…

The great American realist Edward Hopper had a remarkable gift for observation, finding strange intrigue in the most unlikely of places. Gas stations, late-night bars and quiet buildings tucked away in the wilderness all take on an enigmatic wonder through his stark, directional lighting, angular compositions and striking accents of colour. BARN RED Linen’s entrancing…

Andrew Wyeth’s paintings are an ode to the barren, melancholic wonder of the American outback, celebrating its long, parched grass and creaky buildings stained yellow in the sun. The golden glow of APPLE CINNAMON Linen tinged Wyeth’s paintings with the tart sweetness of homemade apple juice, infusing a comforting warmth into his otherwise lonely, abandoned…