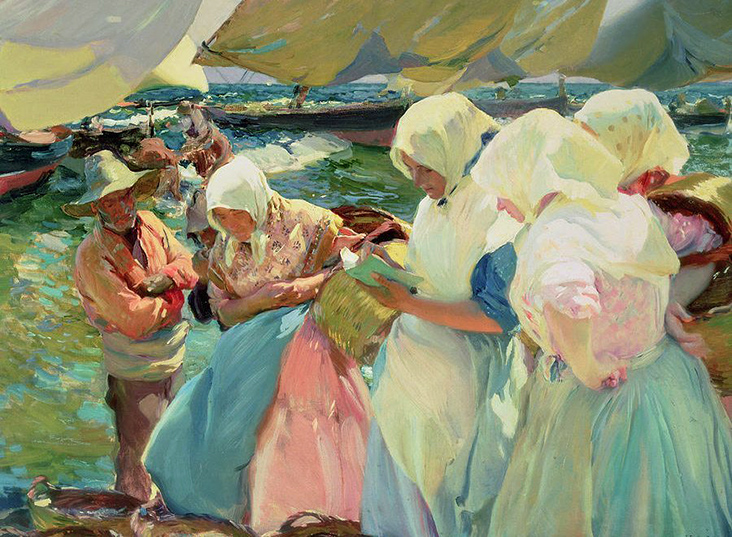 Fisherwomen on the Beach / Joaquín Sorolla / 1903 / Oil on canvas

STRAW linen’s delicate pale gold has the iridescence of sand bleached by the white summer sun. Impressionist painter Joaquin Sorolla saw in this colour the power to recreate searing hot Spanish sunlight as it flooded windswept beaches, flapping ship sails, straw hats and freshly starched clothing in his seemingly endless cycle of summer. When balanced with lilac tones and cool greens Sorolla found he could capture the distinctive pastel light of his native surroundings, writing, “Nature, the sun itself, produces colour effects… instantaneously. The impression of these evanescent visions is what we make desperate attempts to catch and fix by any means at hand. At such moments I am unconscious of materials, of style, of rules, of everything that intervenes between my perception and the object or idea perceived.” 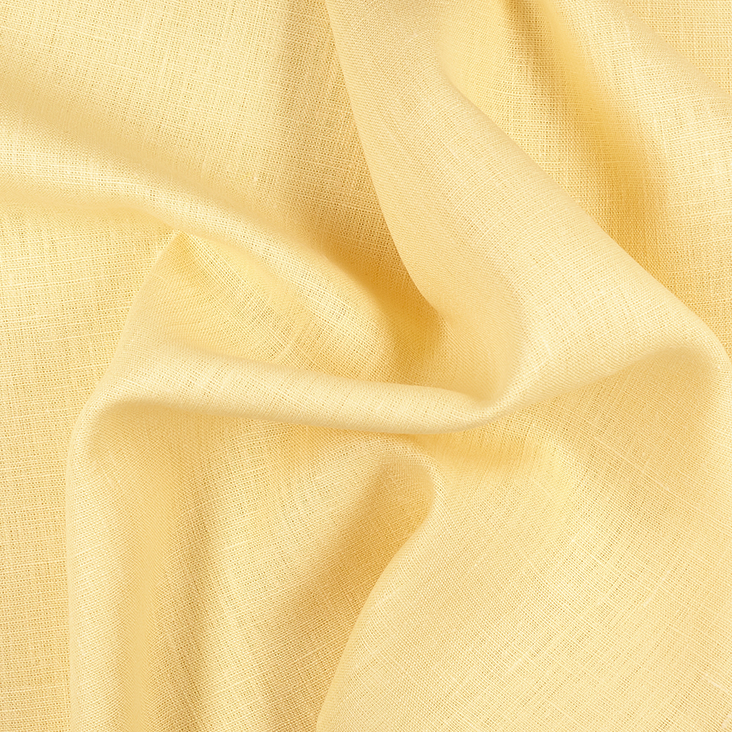 Born to a poor family in Valencia, Sorolla began his painting career as a social realist, portraying honest working people, including raisin packers and fishermen, with great pathos amidst dramatically lit scenes. Throughout the 1890s he settled in Madrid with his wife Clotilde Garcia del Castillo and raised three children, Maria, Joaquin and Elena, while his painting gradually turned towards airy, breezy outdoor scenes. In Return from Fishing, 1894 a large sail billowing in the wind is backlit by the sun, bringing translucent warmth into a mostly cool palette. Two years later, Sewing the Sail, 1896 brings the fresh, pale yellow luminosity of sailcloth to the fore, allowing it to twist and fold with the weightless body of fresh cream, while flickering patches of white light seem to ripple and move across its surface. Painting the temporal effects of light became a matter of urgency, as Sorolla wrote, “Every effect is so transient, it must be rapidly painted.” 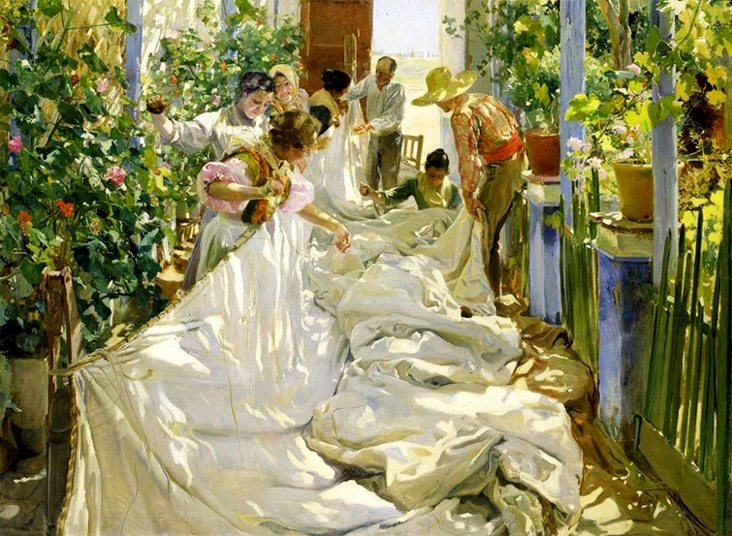 Throughout the early 1900s Valencian coastal scenes came to dominate Sorolla’s practice, revealing his deep affinity with the pale sand, sparkling water and washed out, salt stained light of his home town. In Fisherwomen on the Beach, 1903 an ordinary, everyday scene is transformed into a feast of colour and light, capturing women’s sun bleached clothing in pale lemon hues alongside streaks of lilac, sky blue and coral pink. The same pale warmth infiltrates Valencia Beach in the Morning Light, 1908 and The Horse’s Bath, 1909 as wind-blown sails, soaked sand and nude flesh exposed to the sun. 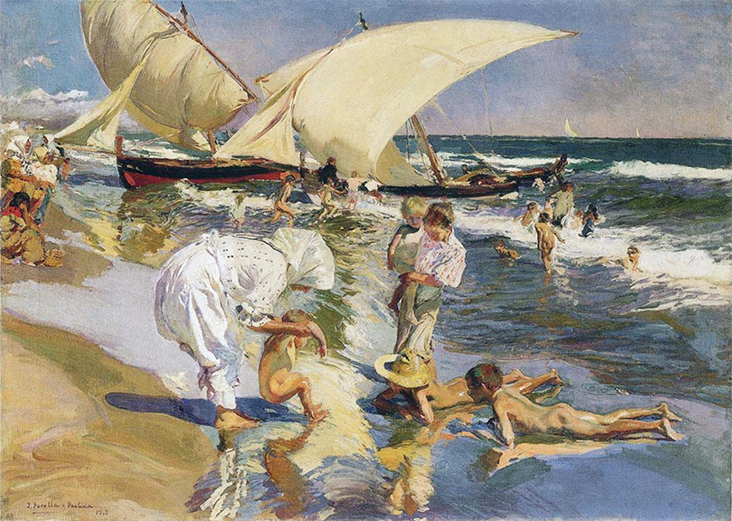 In the following decades the subject of portraiture roused Sorolla’s interest, but only when set in naturally lit surroundings, as he explained, “I do not care to paint portraits indoors. I cannot feel sympathetic.” His own family featured frequently, with his daughter Maria appearing in both Maria Dressed as a Valencian Peasant Girl, 1906 and Maria en La Granja, 1907 wearing meltingly soft, buttery shades of yellow, gold and creme bejewelled with dappled Mediterranean sun. In the group portrait, My Wife and Daughters in the Garden, 1910 Sorolla brings together people and light; he paints his beloved wife in his favourite pale, sandy hue, leading our eyes instantly to her as a figure of warmth, maturity and grace, while his daughters wear icy whites suggestive of purity and innocence. Around them trees and leaves gently shift and shimmer with bristling patterns of light, suggesting the deep human affinity with nature, or as Sorolla put it: “Nothing is stronger than nature. With nature in front of us we can do everything well.” 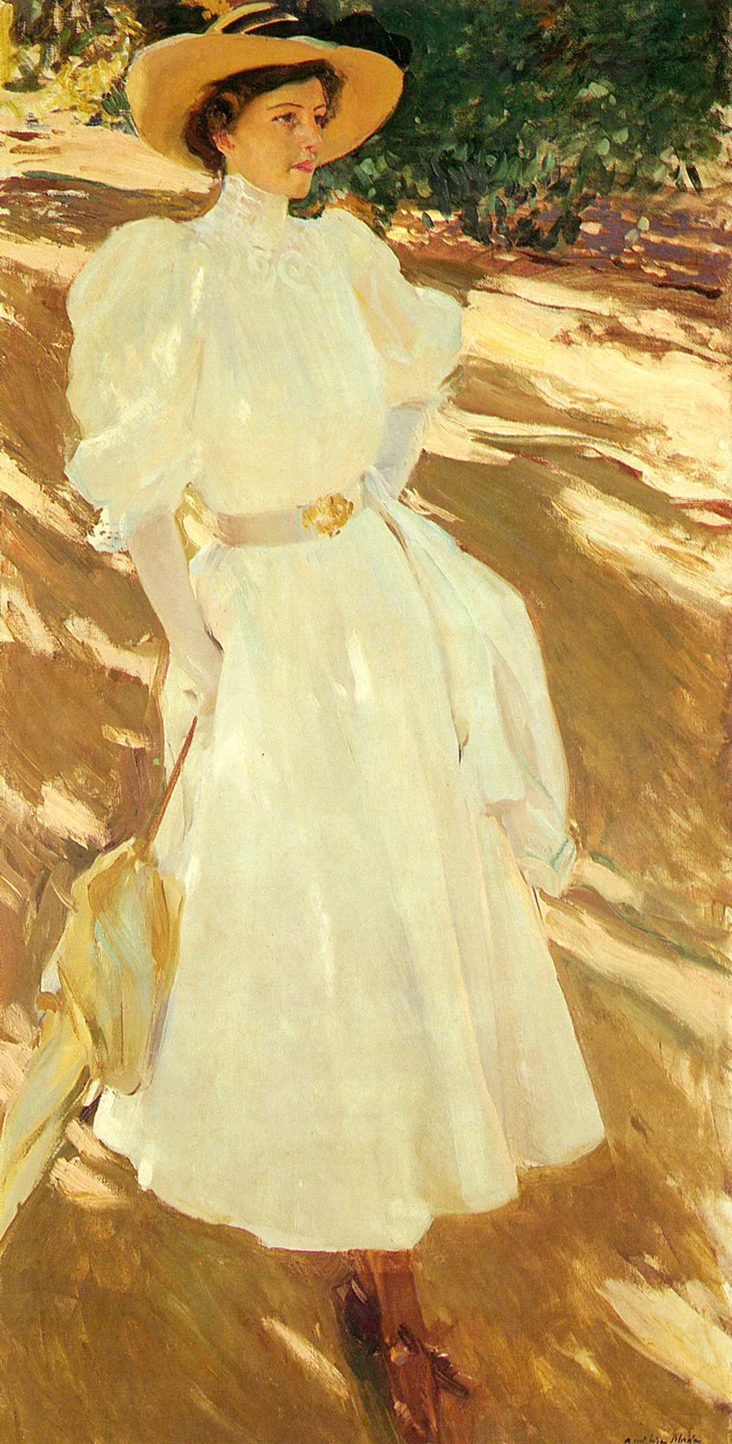