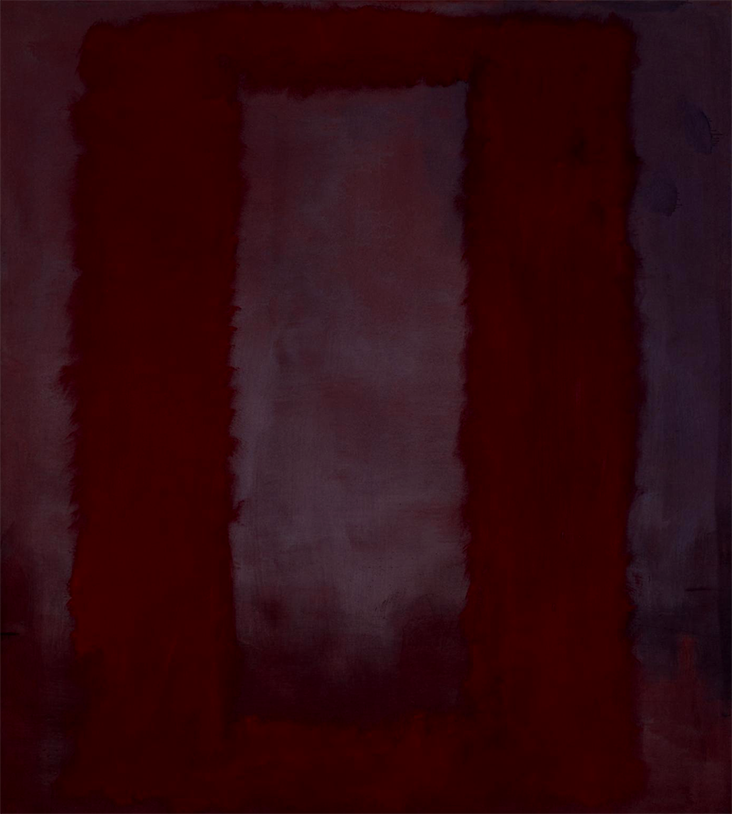 The intensity of EARTH linen’s heady, port red mirrors Mark Rothko’s late maroon paintings, in which he captured the brooding half-light of dusk as it slowly shifts and closes into night. Rothko wrote, “Often, towards nightfall, there’s a feeling of mystery, threat, frustration – all of these at once. I would like my paintings to have the quality of such moments.” Seen today as his most introspective and solemn works of art, his late maroon series took on great personal and symbolic significance, lending a sense of weight and gravitas to his oeuvre, while inviting viewers to enter into a realm of contemplative, meditative thought. 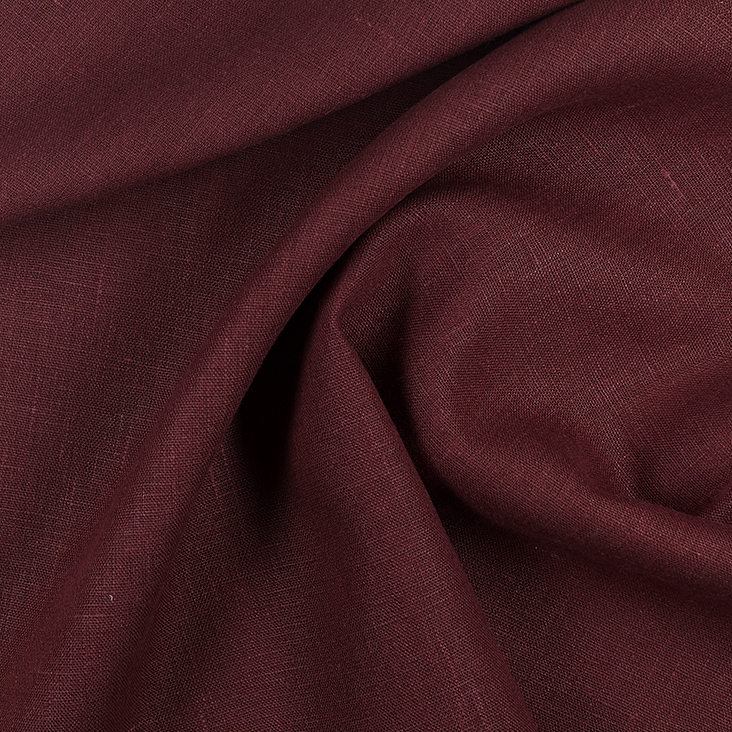 In 1950s New York, Rothko carved a place for himself as a pioneering Colour Field painter, creating vast, abstract canvases where chalky veils of expressive colour bleed into, overlap and engulf one another, suggesting shifting patterns of light through space. A deeply sensitive man, Rothko saw the role of painting as a potent carrier for the spectrum of human emotions he experienced, encouraging visitors to immerse themselves and even cry in front of his paintings. He said, “I’m interested only in expressing basic human emotions – tragedy, ecstasy, doom and so on.” 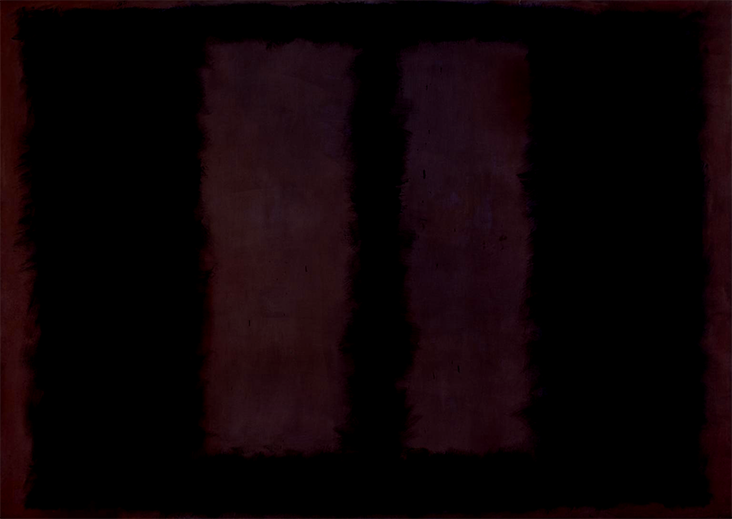 Towards the end of his career Rothko achieved great critical and commercial success, although he worried that his work was being perceived as too decorative, prompting him to shift to a darker, weightier colour palette. When he received a commission to produce a series of canvases for the Four Seasons restaurant in New York’s Seagram building in 1958, Rothko envisioned creating an immersive environment where eight dark canvases, or ‘murals’ would envelop the viewer with an overwhelming intensity akin to Michelangelo’s Laurentian Library frescoes in Florence. He wrote, “I was much influenced subconsciously by Michelangelo’s walls in the staircase room of the Medicean Library in Florence. He achieved just the kind of feeling I’m after – he makes the viewer feel that they are trapped in a room where all the doors and windows are bricked up, so that all they can do is butt their heads forever against the wall.” 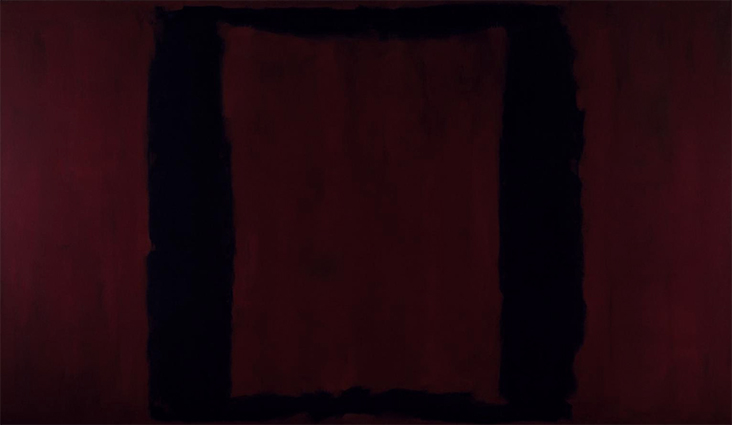 Rothko also took influence from Roman murals in Pompeii, where textural layers of paint in deep reds, purples and blues stain the walls, creating the illusion of depth and architectural space. In New York Rothko set up a new studio to complete the Seagram commission, in a specially designed room resembling the lighting and atmosphere of the Four Seasons restaurant, so he could match his new paintings to the place. Between 1958 and 1959 three separate series’ of painting emerged – although Rothko was dissatisfied with the first, the next two were more to his liking, with panels in near black or berry stain featuring floating window frames or sheath-like curtains of black, silver and crimson that seem to close in on the space around them, including Black on Maroon, 1958, Red on Maroon, 1959 and Black on Maroon, 1959. 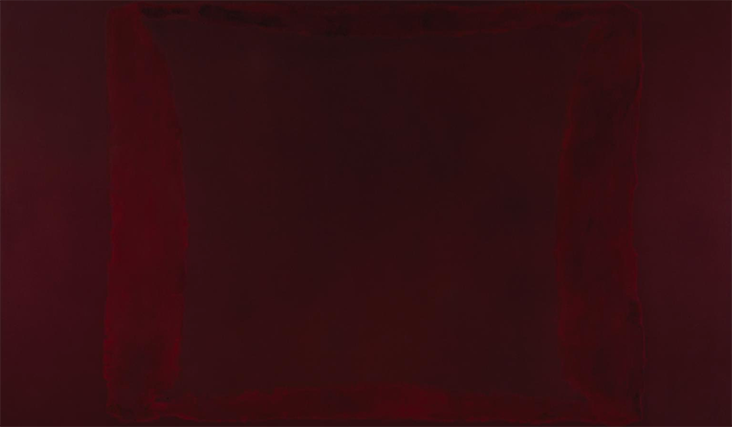 As Rothko’s series progressed, he came to realise a restaurant was not the right context for these works, with their quiet, inner sanctum commanding silent contemplation. He withdrew from the original commission, yet the series is still often referred to as the ‘Seagram Murals.’ Instead the paintings were displayed alongside other similar works in Rothko’s retrospective at London’s Whitechapel Gallery in 1961, where they caught the eye of Norman Reid, then director at Tate. Reid invited Rothko to display a group of paintings from the Seagram series in their own sanctuary space at Tate, where they have generally been on display since this time. In the space known today as the ‘Rothko Room’, low level lighting sets the scene for viewers to become enveloped by the rich, dark depths of colour and quietly textural surfaces, which suggest the faintest trace of movement and dwindling light.