Fashion With a Conscience

Faircloth’s gorgeous line of linen womenswear is testament to the talents of an exceptionally hardworking designer who, despite the challenges of running her own business, is saving the planet one girl at a time.

Phoebe Dahl, friend of the Fabric Store and much admired for her beautifully crafted linen designs, is the founder and owner of Faircloth Clothing. With a focus on timeless, simple designs, featuring feminine cuts, quality materials and an elegant palette of wearable colors, Faircloth Clothing is also intrinsically committed to giving back to society. Dahl’s promise is to provide a school uniform to a young Nepalese girl every time one of her garments is purchased. We found out more about her clothing line, her love of linen, the difficulties of going it alone, and her passion for helping improve the lives of others. 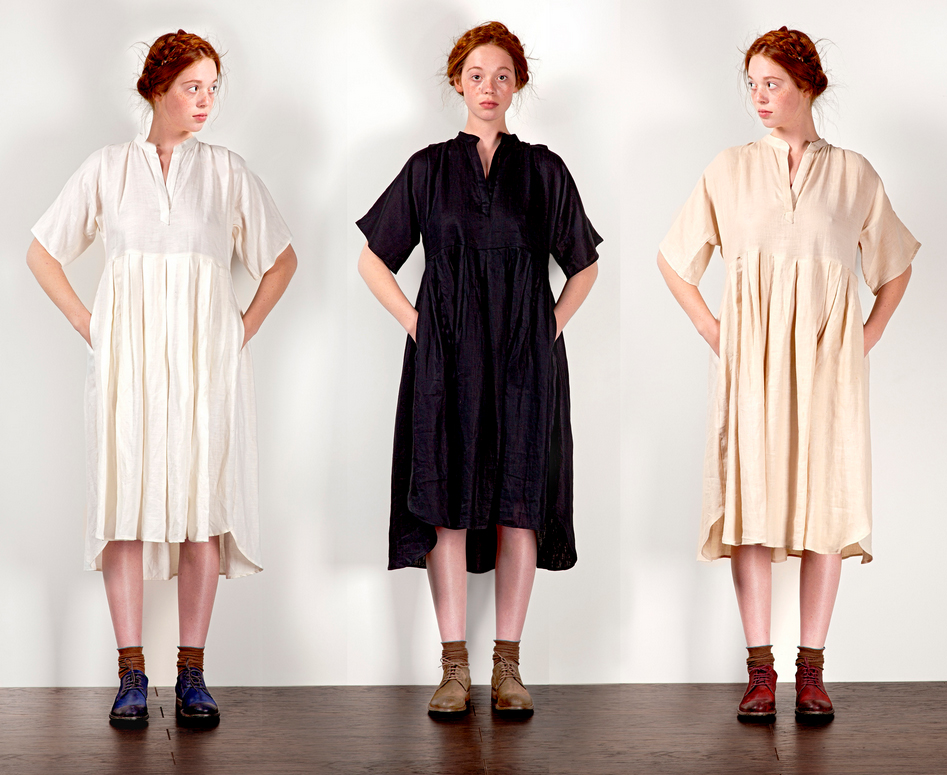 Alice: Can you introduce yourself and tell us what you do?


Phoebe: Hello! My name is Phoebe Dahl, and I’m the owner of Faircloth Clothing. Faircloth offers seasonless women’s collections loosely based on one fabrication: linen. Linen is a fabric that can lead many lives and tell many stories. Our inspiration has always been found fabric, heritage textiles and antique treasures, such as French linens and old Japanese indigo-dyed utilitarian wear. Through this inspiration we concoct a creation that embodies grace, elegance and comfort. All of our pieces feel soft and worn, to be thrown together with anything and everything. We pride ourselves in producing quintessential pieces that we hope will live, love and travel with you. 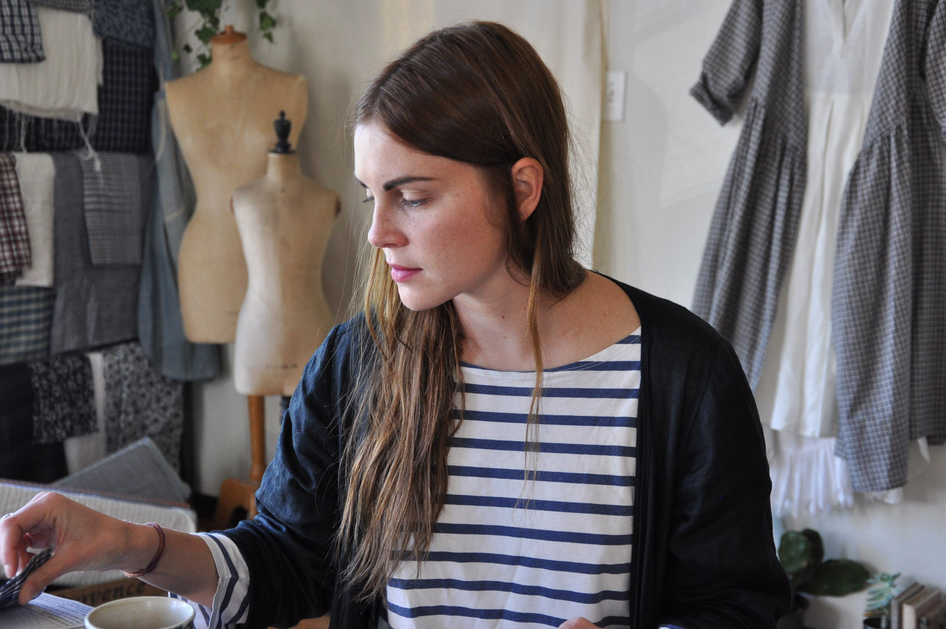 A: How did Faircloth Clothing start?

P:’ Faircloth started about a year ago. I was living in Amsterdam and assisting another designer. We went on a trip to Japan for meetings, followed by India, for production. Walking around the streets of Japan, my jaw was on the floor. The way people dressed had me in total and utter amazement. In Tokyo, there are thousands of eccentric styles, but there was one in particular that grabbed my attention: girls were wearing oversized linen dresses over ripped Levi jeans with espadrilles. A very natural early 1900s farm style. It was a very simple and minimal but there was something so beautiful about it. We were then given a tour around the most inspiring shops and most beautiful linen mills. I left Tokyo, with a reignited itch, stronger than ever, to start designing again.
India followed Tokyo. Being the first third-world country I’d ever been to, the economic strife impacted me greatly. The juxtaposition of the two cities back to back struck a strong chord. Upon arriving home, I quit my job and started Faircloth, and that was that! 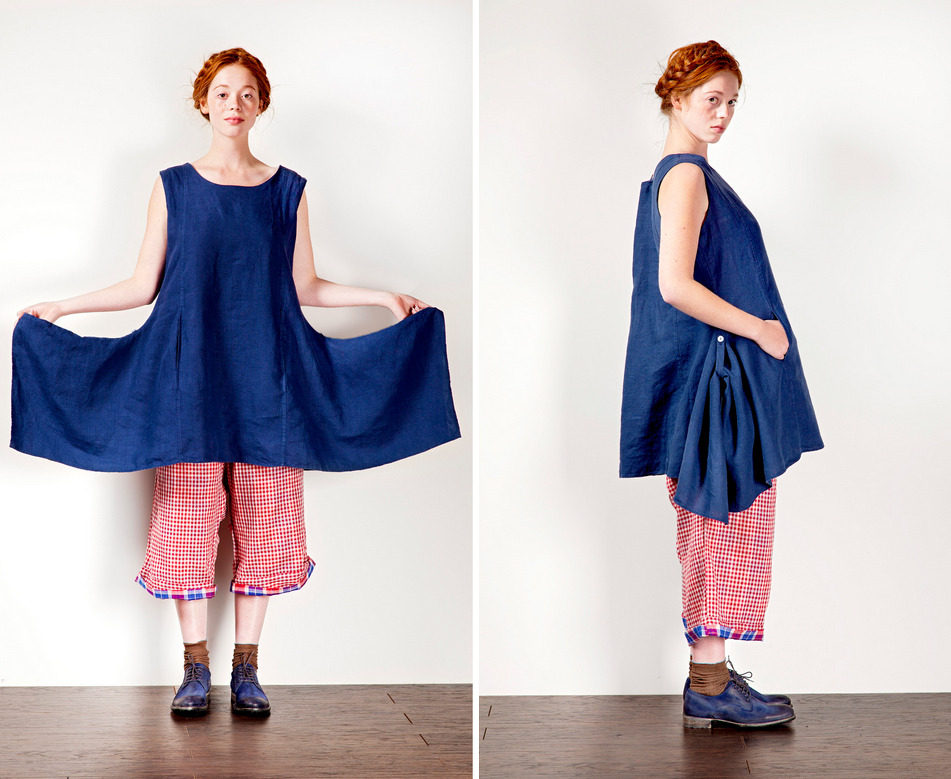 A:’ What has been the hardest part of building up your label so far?

P:’ Doing it by myself, I had no idea what I was getting in to. Even down to the littlest things, such as which color button to use, I find myself going back and forth, back and forth. It would just be great to have someone I trust as much as myself to be able to bounce ideas off. Thankfully, I’ve been able to manage, but I’m in desperate need and in a never-ending search for a partner!

A:’ Can you describe the clothes you sell?

P: ‘ I would describe them as utilitarian folkwear made of natural fibers in neutral colors and big comfortable silhouettes. I design all the clothing, and it is produced by a local family-run business in Los Angeles. 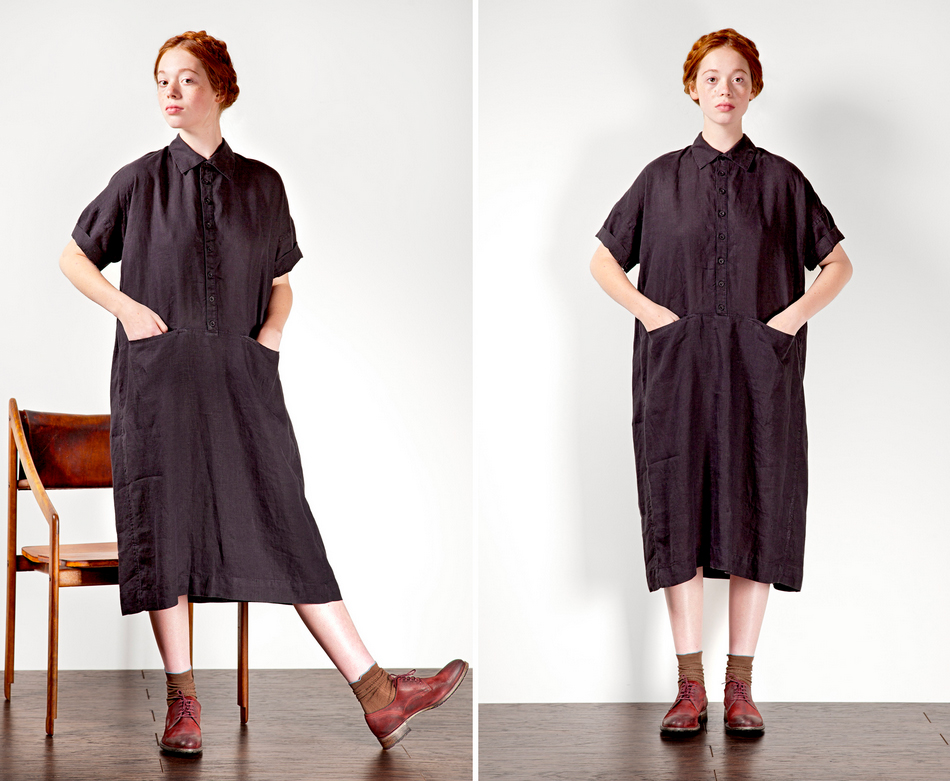 A:’ What’s great about linen?

A:’ Your fabric comes from “œdeadstock” that would normally be thrown away. How did you get the idea to do this?

P: ‘ That was actually one of those “œmistakes” that turns into a great idea. I was in a huge fabric warehouse downtown, shopping around. I selected my fabrics and as I was paying the woman said, “œYou know these are all deadstock fabrics, and once they run out, that’s it?” My first reaction was, “œOh, no!” But as I was driving home, I started thinking that this could be great, that I could incorporate this into my brand identity. It gives me the opportunity to keep changing fabric and make the pieces exclusive.

A:’ How does Faircloth Clothing support Nepalese girls? How did this initiative come about?

P: ‘ I have always been very passionate about women’s rights, and the importance of educating girls around the world. In Nepal, all students are required to wear uniforms, in order to neutralize caste discrimination. If a young girl can’t afford a uniform she is unable to attend school. In most developing nations, girls are perceived as objects, and even sold by their parents (including their mothers) into human trafficking; dealt the wrong cards, and never even given the opportunity to attain an education and furthermore a life. By donating a uniform you give a girl this chance and through her education this young girl is one step closer to lifting struggling economies out of poverty. Girls who receive an education are less vulnerable to HIV infection, human trafficking and other forms of exploitation. They are more likely to marry later, raise fewer children (who are more likely to go to school), and make important contributions to family income. This positive outcome transcends generations and thus can potentially lift whole communities out of poverty. 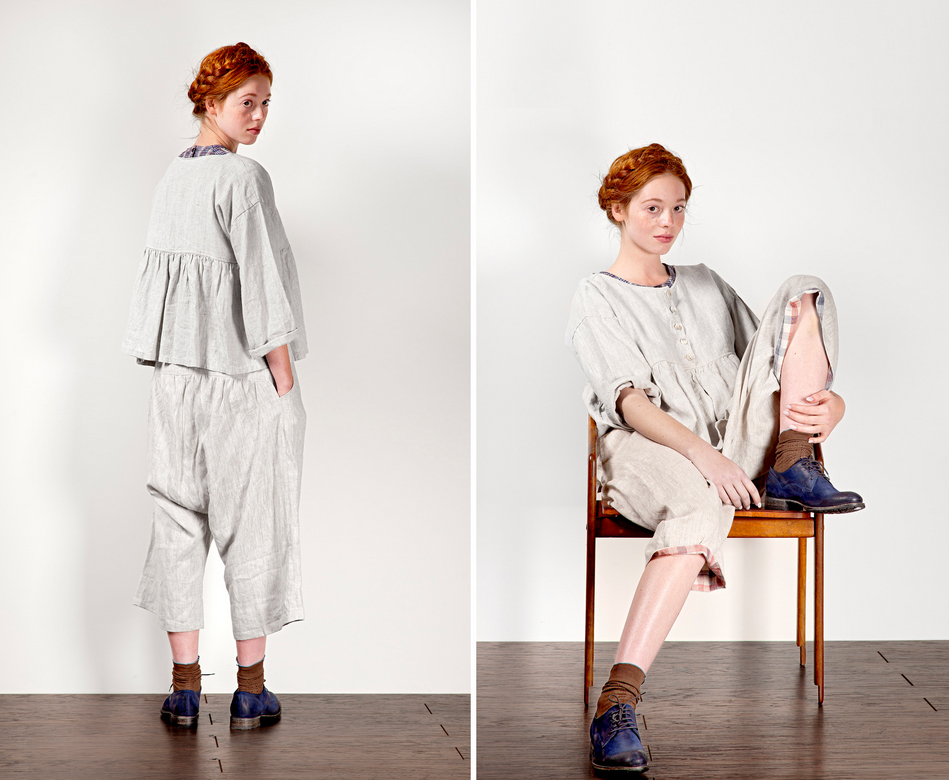 A:’ Why is it important to you to act proactively to help other women?

P: ‘ Because women around the world need help. We happen to live in a society where women are, for the most part, considered equal to men, but other women around the world are not so fortunate. These girls don’t have a voice, so someone has to be their voice for them. If I were in the position of one of the trafficked girls, I would hope that somewhere out there someone believed in me and was trying to make a difference.

A:’ Faircloth Clothing uses fashion as a vehicle for change. Do you believe the fashion industry could be a more powerful force for change? 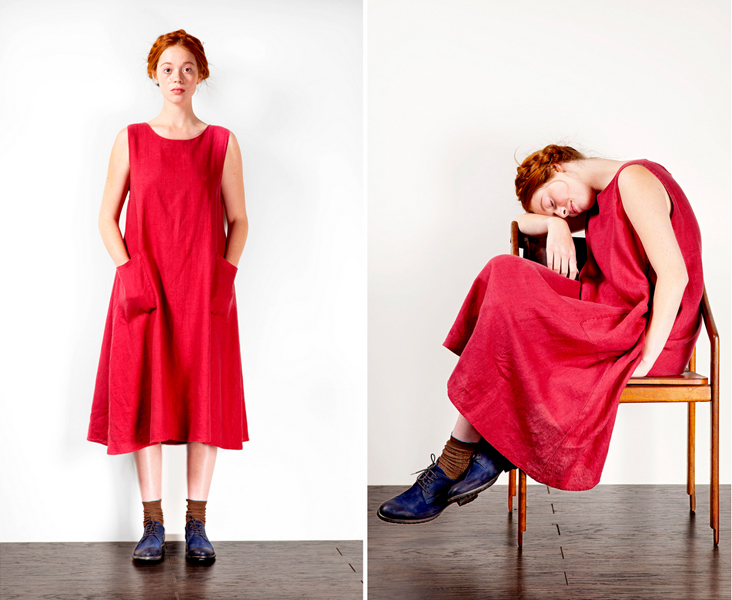 A:’ What’s ahead for Faircloth Clothing in this new year?

P: ‘ I wish I could tell you! All I know is that we will keep working hard and keep moving forward, trying to spread the word. It’s not only us that we are working for, but the hundreds of girls in Nepal.

Other posts by Alice Davis