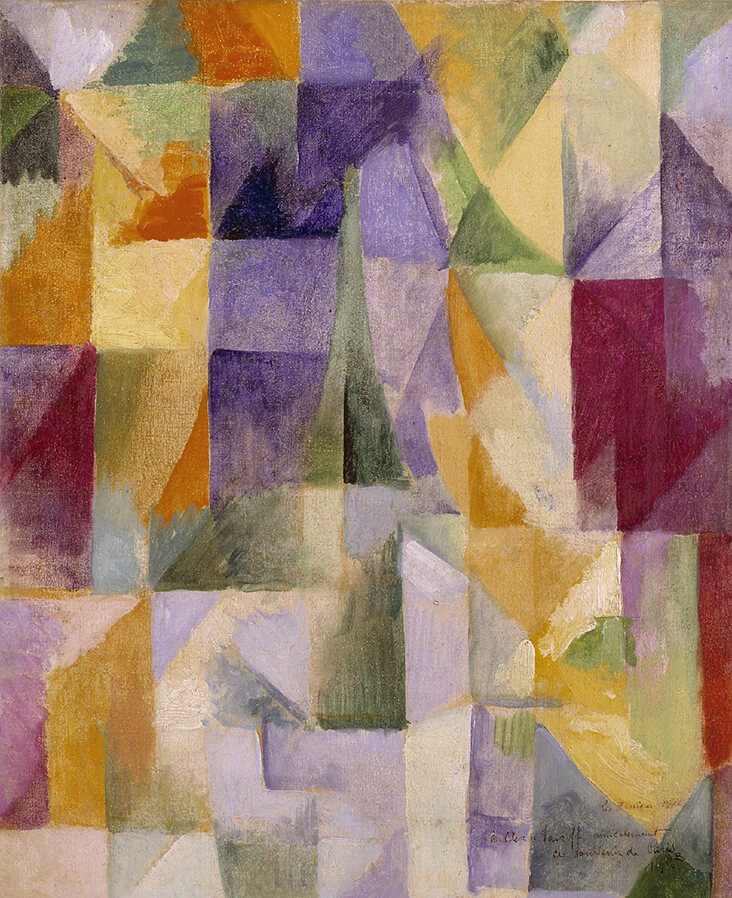 Fresh, cool air seems to radiate through French painter Robert Delaunay’s art, conveyed with luminous pastel shades like FRENCH LILAC. A Parisian through and through, Delaunay dedicated much of his life to painting the city of lights as it transformed into an urban mecca before his eyes, shifting from a small city to into a place of brimming excitement and anticipation. He painted these changes as they happened with an abstracted language of abstract shapes and circular forms, suggesting an endless state of flux. The pastel colours he chose further emphasised this transient spirit, trembling with the ephemeral fragility of the Parisian air. 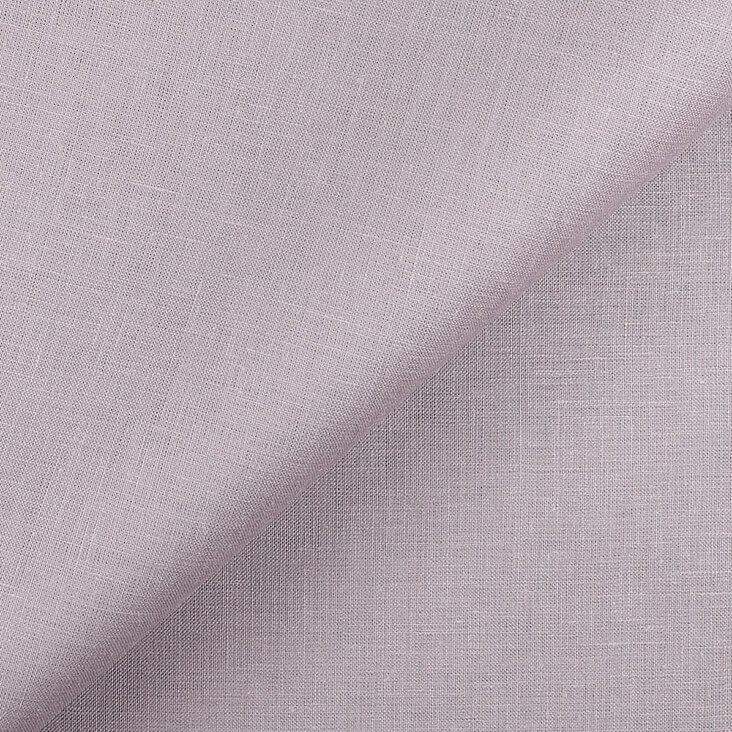 Delaunay was born in Paris in 1885 to an aristocratic family, but following his parent’s divorce he later moved to live with his aunt and uncle in La Ronchère near Bourges. His career began with set design, but he later shifted to painting in the early part of the 20th century. Sparks flew when Delaunay met and married his soul mate Sonia – the pair fuelled one another’s creative practices and went on to found the pioneering Orphism movement, a dizzying fusion of Cubism, Expressionism and Futurism. Earlier in his career Delaunay painted abstracted visions of the Parisian city, leaving traces of realism just peeking through.

Windows Open Simultaneously (First Part, Third Motif), 1912 is one of a series of paintings Delaunay made in response to the newly constructed Eiffel Tower, once a glistening symbol of progressive modernity. Here the iconic outline of the Parisian tower is barely discernible in amongst a prismatic arrangement of faceted shapes and colours. Cool shades of lilac, lavender and plum are interspersed with warm ochre yellows, suggesting the shifting skyline of the city as it weaves in between warm sunlight and cold, metallic shadows. 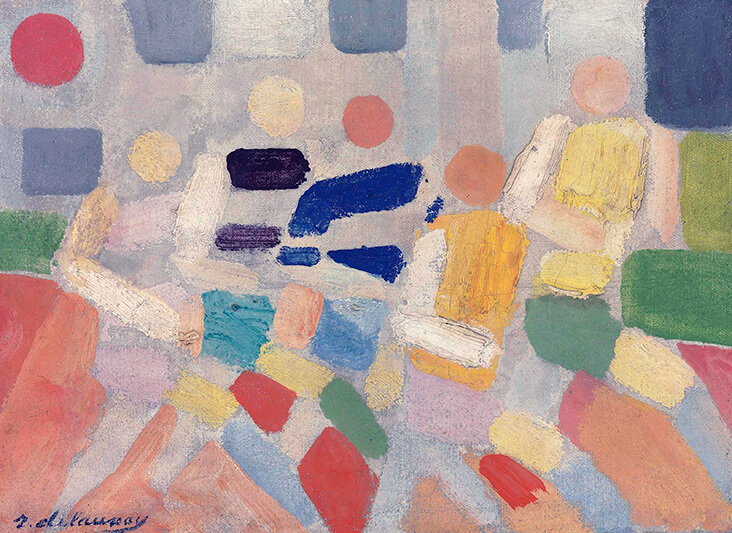 Later, Delaunay moved from painting cityscapes to a range of other subjects, but always with an emphasis on movement, modernity and his own idealistic brand of optimism. Sports were one of his favourite subjects, and he often painted runners caught mid-motion in colourful clothing. Les Coureurs, (The Runners) 1926 reduces runners into a series of pale pastel shapes that seem to carry with them the glaring sunlight of their surroundings. Subtle shades of pale lilac are scattered here and there, catching legs are torsos as they brush past at breakneck speed, running headlong into the future. 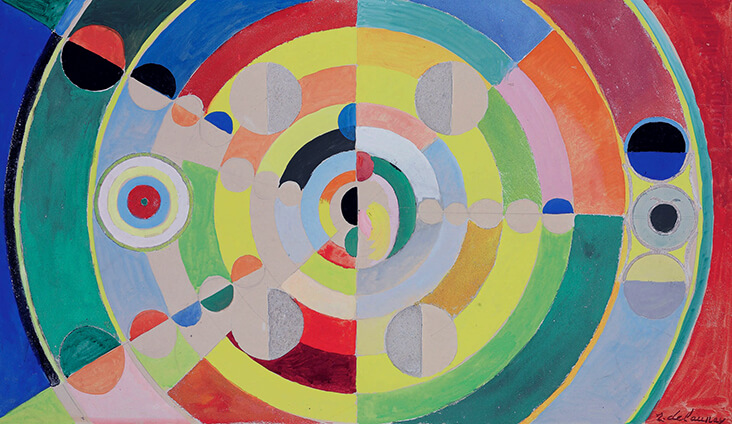 In his mature art Delaunay sometimes abandoned references to the real world, instead relying on vividly colourful concentric circles that mime sparkling auras, halos or spinning propellers. Like many artists of his generation, his desire was to convey the unseen, liminal forces of light and energy at play in the real world, which act as a gateway into a deeper spiritual realm.  Relief-disques, 1936 is a complex myriad of colourful curved lines that echo one another in a target formation. Circular shapes suggest the sensation of constantly flowing energy as it passes from one colour to the next. On the right, a curved band of tart lilac stands out, and on closer inspection this same shade is swiped into the centre of the target, where it swirls into an endless dance with a complimentary shade of pale lemon yellow. 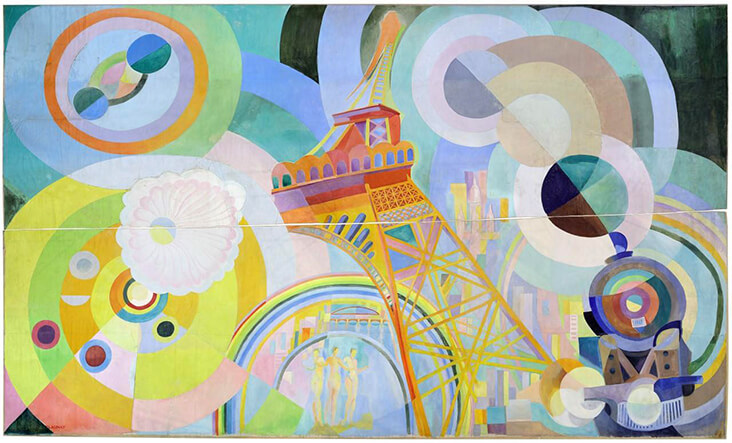 Made just a year later, Air, force, eau, 1937 is a vast celebration of industry in its many forms. In the centre of the image is the Eiffel Tower, an arc that soars up to the sky as seen from below, while billowing steam is blown from a train all around as it speeds towards us. These puffs of steam swirl round one another in shimmering shades of lilac, cornflower blue and grey, and their fragile air of excitement mimes the vibrant, pulsing energy of the early 20th century.