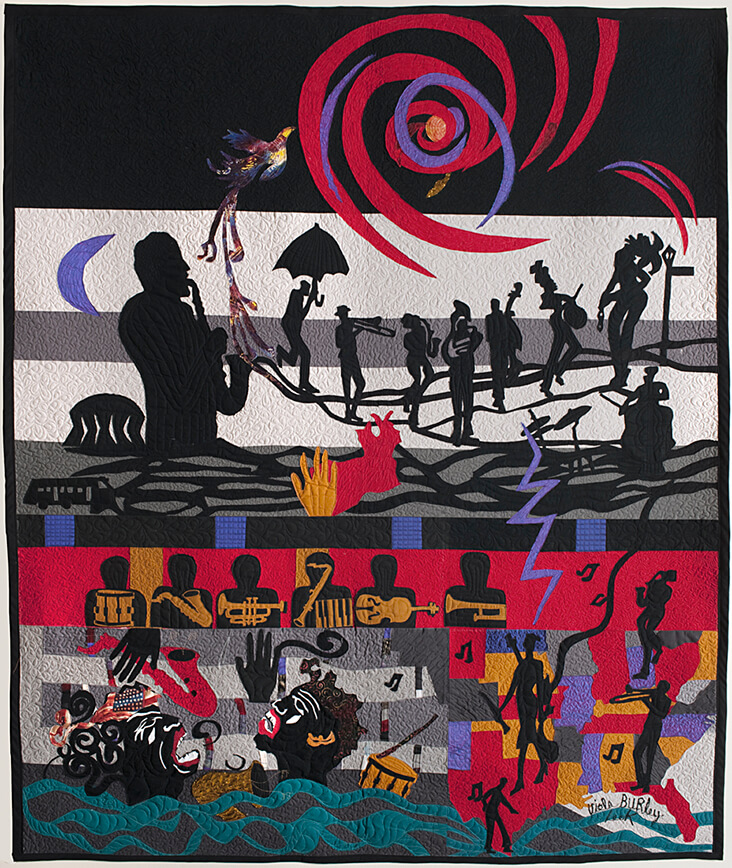 “African-American quilts are not simply a set of colours, techniques, or patterns. They’re a celebration of culture by artists who understand and love it best.”

If anyone word could define today’s flourishing culture of African American quilts, it would be ‘diverse.’ Pattern styles are diverse, ranging from densely worked abstract designs to rich, historical story quilts. The role they play today is also diverse, with some makers practicing quilting as a means of holding together communities and family ties, others for interior decoration and warmth, and a growing number of makers are also producing quilts as recognised works of art. But the conceptual meaning bound into these quilts is perhaps the most diverse quality of all, as African American writer Roland Freeman observed while growing up in 1940s America: “Quilts were special, even magical … They could heal and they could curse; they could capture history and affect the future; they could transform pain to celebration.” 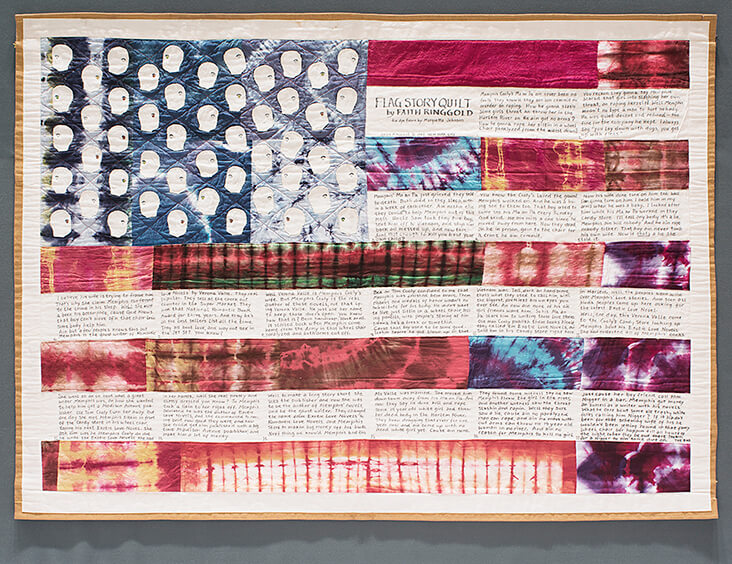 Quilting guilds are a vital strand uniting many African American communities all across the United States, allowing the chance to share family traditions of technique and pattern, as well as opening up room for creative expression with a like-minded peer group. The Rocky Mountain Wa Shonaji Quilt Guild took their name “Wa Shonaji” from the Swahili phrase meaning “people who sew” and focus on a programme of exhibitions, events, classes and lectures. Though predominantly African American, their focus is on diversity, inclusivity, and education, encouraging others with the mantra “each one, teach one.” Other prominent quilting groups with a like-minded ethos include The Daughters of Dorcas and Sons in Washington, The Flint Afro-American Quilter’s Guild in Flint, and the Souls Grown Deep Foundation of Alabama which continues to promote the quilts of Gee’s Bend. 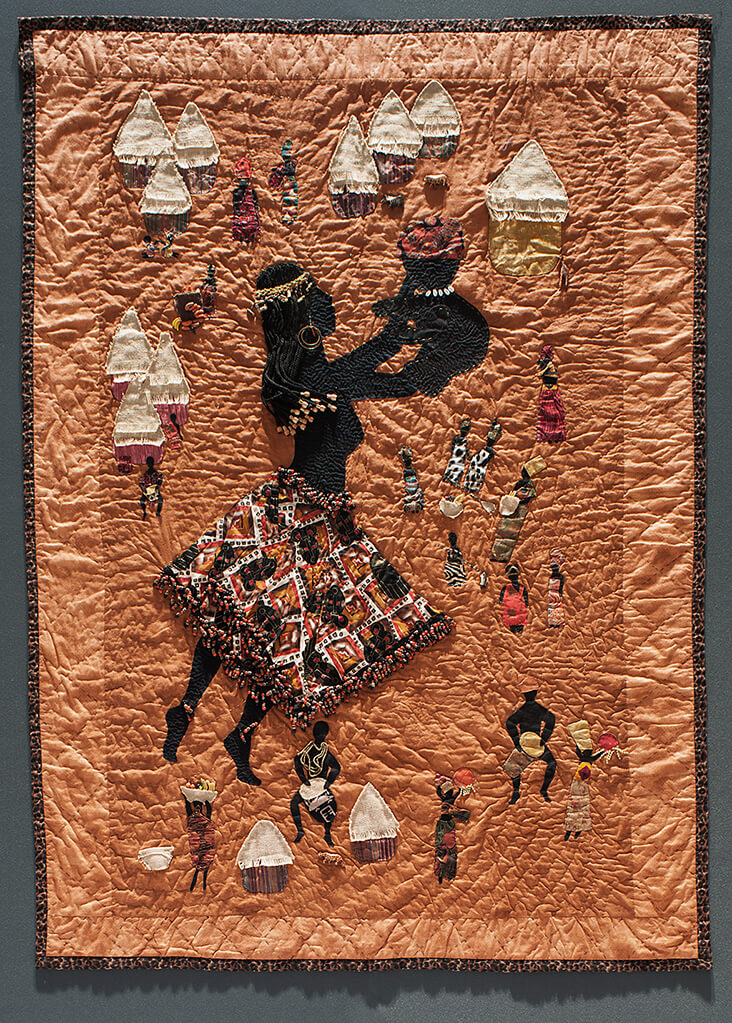 In recent decades, historical quilts have entered into various prominent museum collections including The Smithsonian, The Whitney Museum, and The Metropolitan, prompting a huge upsurge of interest in the craft, particularly amongst African Americans who recognize how vitally important the practice has been to the development of their visual culture. Makers vary hugely, from older women resurrecting what was once a rural necessity to younger urbanites forming an anti-capitalist, “mend-and-make-do” attitude, but it is predominantly a female force that drives the new quilting boom. Quilter Carolyn Mazloomi, who founded the Women of Colour Quilter’s Network in 1985 argues, “we are a people with many stories to tell.” 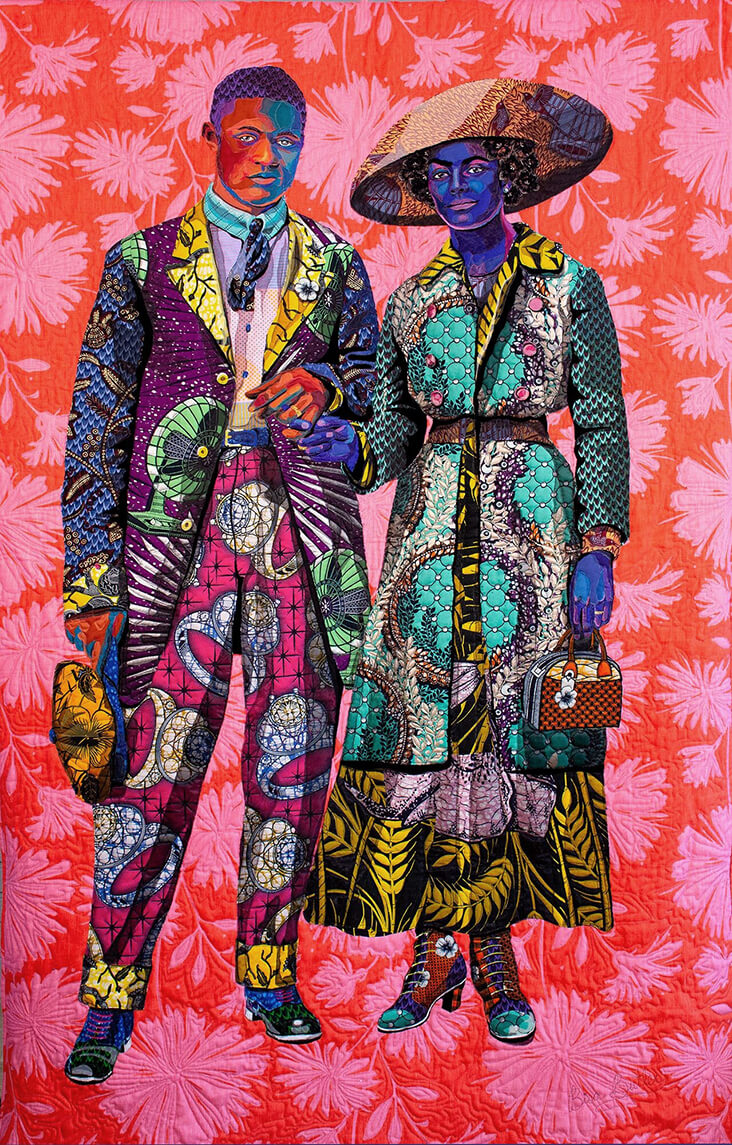 Faith Ringgold is one of the most dominant voices to emerge in contemporary times, successfully bridging the gap between a traditional craft once associated with poverty and contemporary art practice with her thought-provoking “story quilts,” which she says were inspired by her fashion designer mother Willi Posey Jones. In particular, a series of ‘Flag Story Quilts’ distort and subvert the idealized American Flag with strips of African tie-dye fabric, racist excerpts of text, or raw imagery referencing the history of slavery, asking us to acknowledge America’s deeply complex and ethnically diverse history. 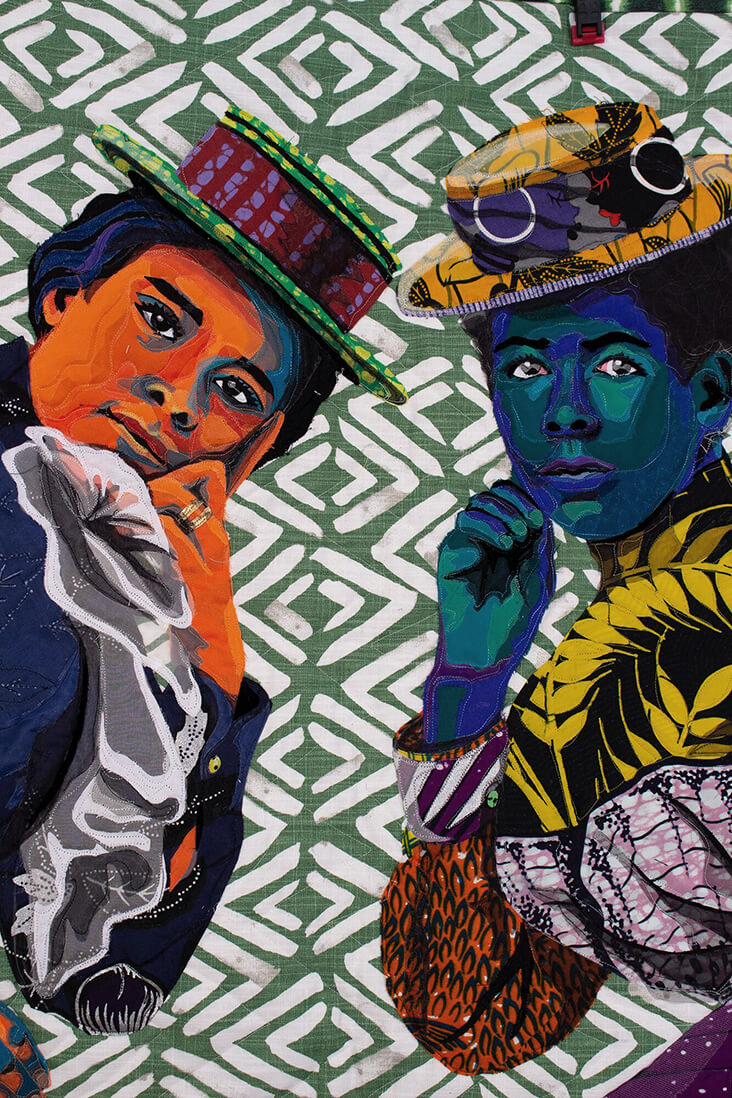 I Know Why the Caged Bird Sings (detail) / Bisa Butler

Bisa Butler has also been making waves with her ludicrously flamboyant patterned quilt portraits, dedicated to various men, women, and children with African American heritage. Her focus is on strength of spirit and optimism, bringing traditional African fabrics together with defiant, powerful figures full of strength. She argues, “I have never been drawn to artwork that provokes sympathy and makes you feel sorry for the subject.” Like Ringgold, Marla Jackson makes story quilts that illustrate episodes from African-American history, particularly the passage from slavery to freedom, but she also looks back further into her family heritage, bringing the vivid colors, patterns, and stitches of Africa into her ornately sewn designs. She sees the incredibly powerful communicative potential wrapped up in quilting as a contemporary art form because it is uniquely bound to the African American experience, but she also sees how it can inspire change in all aspects of society, noting, “Quilting provides opportunities to promote questioning and to inspire others to change their world to be a better place for all people.”