A Meeting of Minds: Power Couples in Design 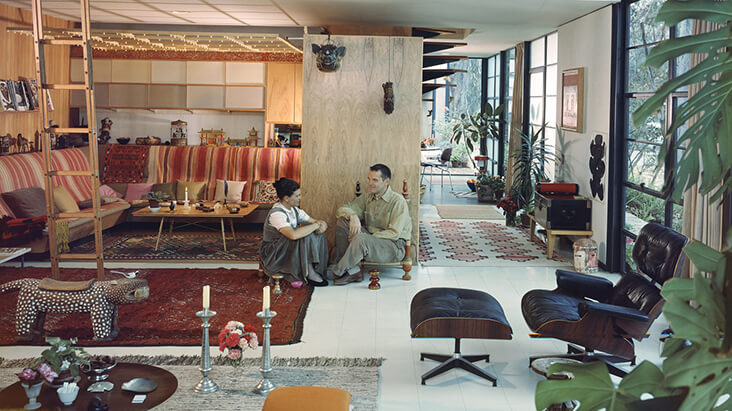 From architecture to textiles, furniture and interiors, some of the world’s most innovative designs have been produced by what we might call ‘power couples,’ romantic partners sharing an equal drive and ambition to succeed. Rising as a phenomenon from the early 20th century onwards, power couples have taken the design world by storm in the last 100 years or so. Despite the potential for struggles, inequalities and rivalries between such pairings, these creatives prove that intimate, closely-bound partnerships can lead to profound, significant moments of breakthrough. In this new series, we will examine some of the design world’s most influential power couples, delving into the unique dynamic of their relationship and how it led them to international success. 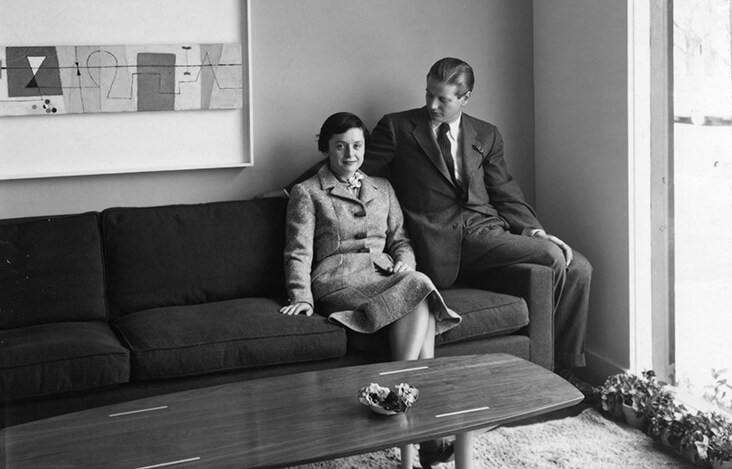 The late 19th century was an unprecedented period in design history; increased industrialisation and urbanisation led to greater opportunities in mass production and printing. This in turn led to greater employment opportunities for men and women from all walks of life. Women’s roles were changing too, as the notion of the ‘New Woman’ became increasingly popular, an early incantation for feminism and women’s rights, with rising numbers of women battling against the limitations that society placed up on them. Contemporary art historian Gail Finney observed in Women in Modern Drama: Freud, Feminism, and European Theater at the Turn of the Century, 1989, “The ‘New Woman’ pursues self-fulfilment and independence, often choosing to work for a living. She typically strives for equality in her relationships with men, seeking to eliminate the double standard that shaped the sexual mores of the time.”

Ambitious young women were heading off to University to train for jobs men had been dominating for centuries, slowly levelling the field between the sexes. Many of the early power couples we now speak of today would meet while training or working in the same jobs together, making it likely they shared similar ideas, and a passionate desire for success. 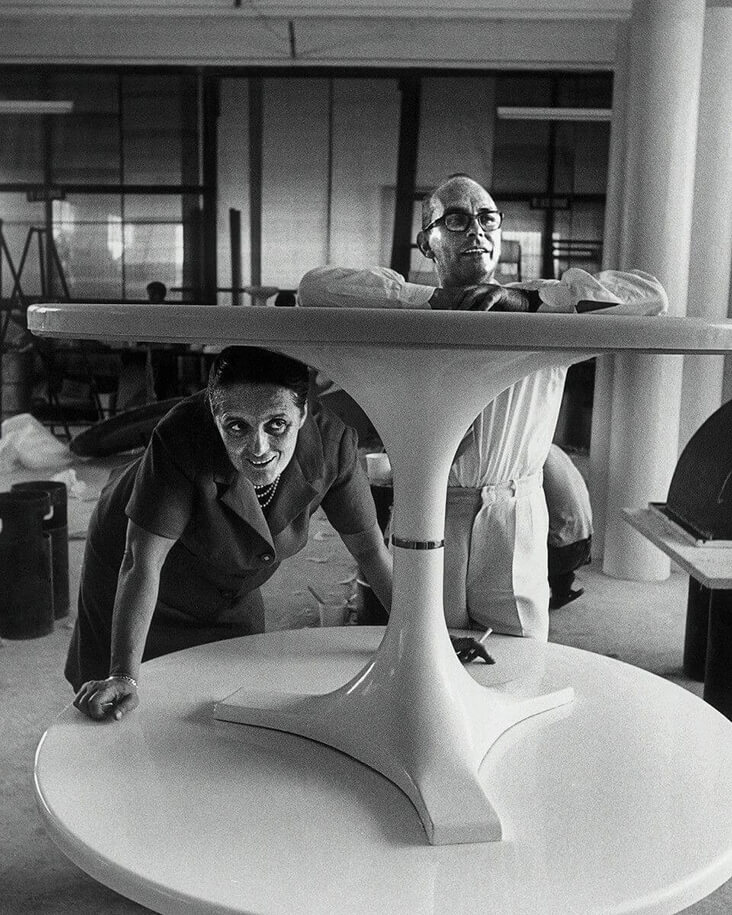 One of the earliest power couples to emerge out of the early 20th century were the American duo Marion Mahony and Walter Burley Griffin, who were based in Chicago. Mahoney was the first licenced female architect in the world and her career began in the office of Frank Lloyd Wright, where she met her future husband Walter Burley Griffin. The pair began their own business together in around 1911, famously designing the entire capital of Canberra for the Australian government. Mahoney’s vital contribution to the pair’s collaborative work has tended to be side-lined or ignored throughout history, reflecting the sexism still surrounding the industry at the time, although in recent years her legacy is receiving wider recognition. 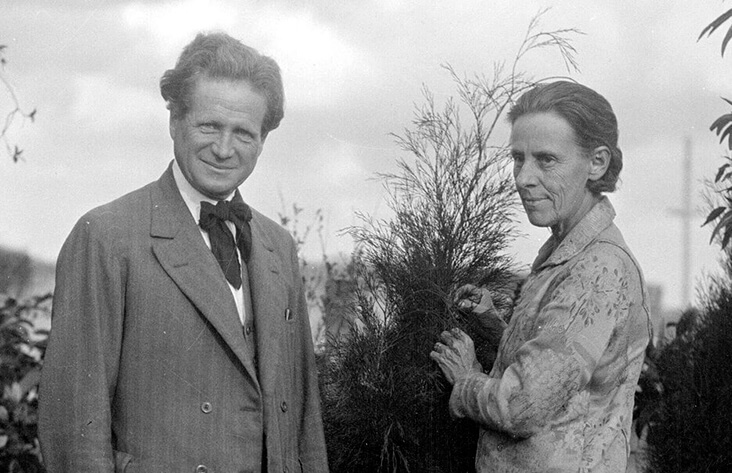 Legendary furniture brand Knoll also emerged from the United States, fronted by the husband-and-wife duo of Florence Schust and Hans Knoll. In 1938, German designer Knoll moved to New York to establish his own furniture company. He hired the recently graduated Schust as a design leader on the basis of her impressive record as an architecture student at Cranbrook Academy in Michigan, and soon found a likeminded spirit whose vision chimed closely with his. Both believed in a close harmony between all interior and exterior aspects of design, and together they went on to pioneer revolutionary approaches to furniture, interior and office design. Florence took over the company following Hans’ death in 1955, remaining with the company until her retirement in 1965. 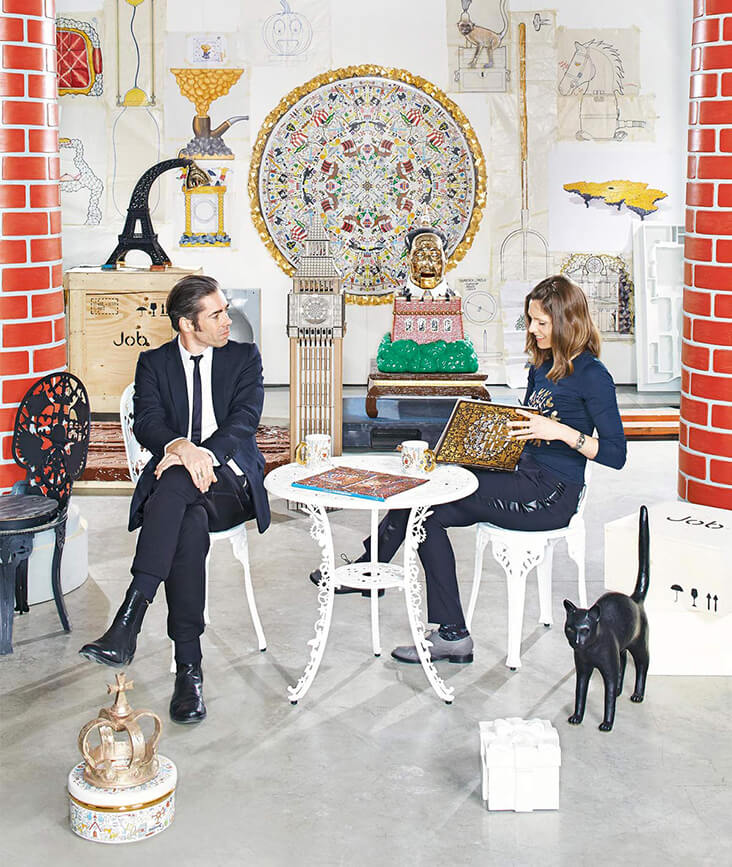 Job Smeets and Nynke Tynagel in their studio in Eindhoven

Industrial designers Ray and Charles Eames emerged out of mid-century America, going on to become some of the most important icons of the 20th century. Ray Kaiser and Charles Eames met while both were academic staff at Cranbrook Academy, and together they produced a series of organic plywood designs that would win them several awards. They married in 1941 and moved to California, where they continued to work together, famously designing and building their own home in 1949, which is now considered one of the most radical design breakthroughs of the post-war era.

Following on the great legacy of these predecessors, life partners continue to pair up within the realms of design, from Anna Castelli Ferrieri and Giulio Cartelli, to the more recent pairing of Robin Standefer and Stephen Alesch, Job Smeets and Nynke Tynagel, and many, many more; what they all demonstrate is the incredible strength that can be found through creative exchange, particularly when it’s with someone you would trust with your life.