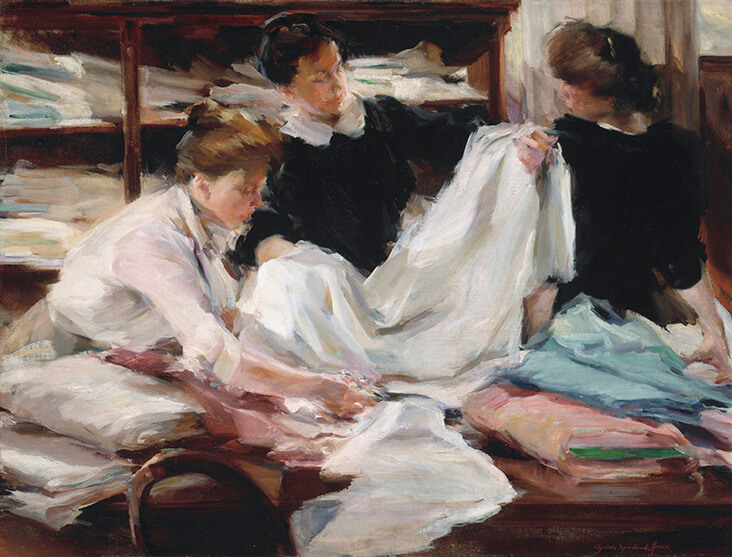 LUNAR ROCK linen’s shimmering grey often appeared in American Impressionist Elizabeth Sparhawk-Jones’ lively scenes, casting pockets of warm shadow amidst areas of colour and light. One of America’s most celebrated turn-of-the-century painters, Sparhawk-Jones portrayed ordinary urban scenes, from shoppers in department stores to children roller-skating and mothers in the park with wide brushstrokes and sparkling colours, capturing the buzzing anticipation of city life. Crisp, white fabric almost always played a part in her storytelling, forming thick shop curtains, stiff skirts or expansive tablecloths that weave in and out of the light, forming mysterious shades of yellowish-grey where shadows lurk.

Born in Baltimore in 1885, Jones showed artistic promise from an early age. When she was 9 the family moved to Philadelphia, and Sparhawk-Jones took up artistic training from 1902 to 1909 at the prestigious Pennsylvania Academy of the Fine Arts. While studying here she was taught by leading painters including Thomas Anshutz and William Merritt Chase, who first spotted and nurtured her prodigious talent. She won a series of commissions and awards including a travel scholarship throughout Europe where she encountered first hand the art of the French Impressionists, who had a profound impact on her loose, free handling of paint and en plein air observations of cast light. 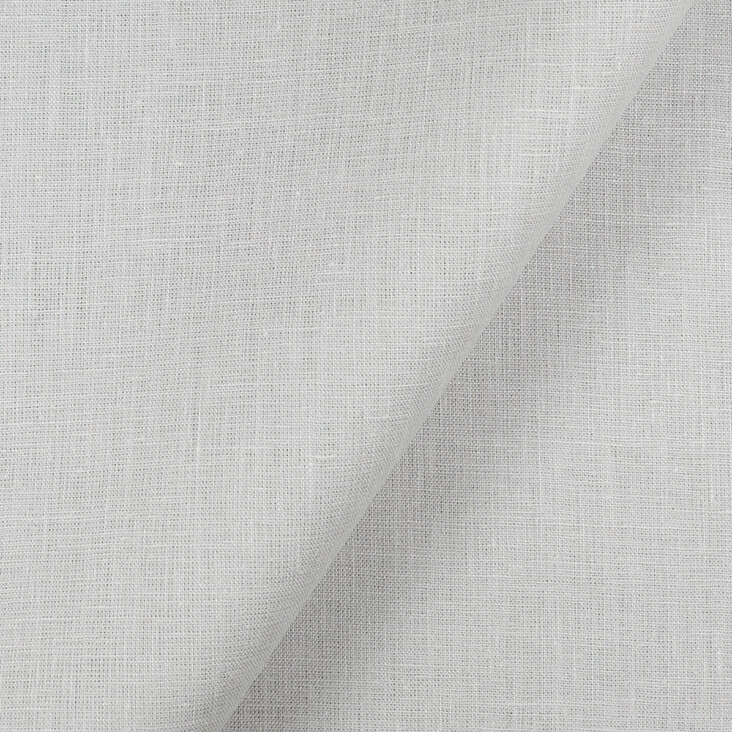 Some of her most celebrated paintings were made while still a student in Pennsylvania such as the dazzling In Rittenhouse Square, 1905, featuring young women and children bustling together in the local park. Fresh white light dominates the scene, painted with broad, sweeping strokes to capture the stark freshness of cold fabric in the chilly spring air. This white is made brighter and crisper by the addition of warm, yellowish grey cast shadows that fall in watery rivulets over the women’s white clothing and into the blanketed pram and stroller beyond, making the starched freshness of the fabric almost tangibly real.

In the following years Sparhawk-Jones continued to make fresh, concise observations of ordinary life with a loose and painterly style. One of her recurring themes was the subject of women working in shops such as florists, seamstresses and shoe fitters, or what contemporary art historian Elizabeth Carlson has called the “girl behind the counter.” Such observations challenged the traditional representation of women in art as passive and unseen, presenting instead a progressive view of the modern woman in the workplace as strident and successful members of society. The Shoe Shop, 1911, captures the bustling activity of the shop room floor with boxes and shoes strewn here and there as they are tried on by aristocratic customers. Smartly dressed shop assistants wear sharp white shirts that crease into bruised grey-blue shadows as they are tucked into black, high-waisted skirts. The same cold shadows expand across the curtains in the background, with a hint of lavender that echoes the customer’s purple dress. 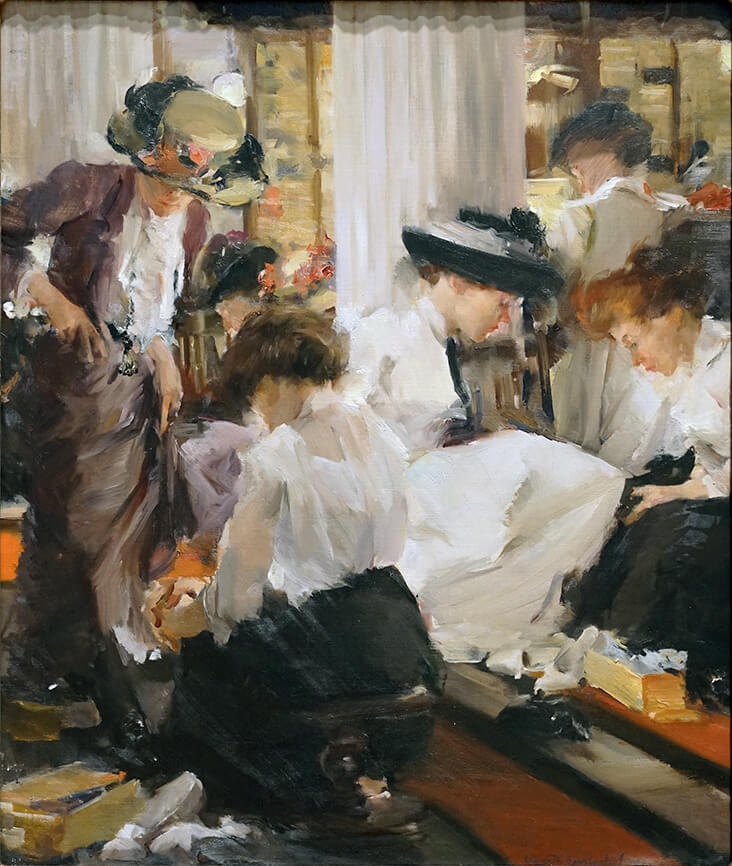 In the later Shop Girls, 1912 fabric takes centre stage, crumpling, creasing and folding across the work table like the drapes of a Renaissance masterpiece as the women set about their daily work. Paint is applied in broad, stroked passages to suggest the flickering of light and shadow that ripples across the fabric’s folded surface as it is unravelled, measured and cut. Streaks of warming white are interspliced with subtle modulations in silver, blue and lilac hues, giving the fabric an unbelievably real sense of weight, mass and volume as it swells outwards like an iceberg into the space beyond.

In the Spring, 1912 takes us into a florist’s shop, where a tangle of flowers spread out across the foreground like objects in a still life, waiting to be arranged into hat displays or corsages. Sparhawk-Jones deliberately gives equal weight here to every aspect of the painting, from the shop assistants in the distance to the grandiose department store interior and the flowers that spill outwards into it, capturing the excitement and energy of the entire scene as a unified whole. Warm grey shadows are interspersed between the colourful flowers, creating areas of stillness and tranquillity amidst the storm of activity beyond.