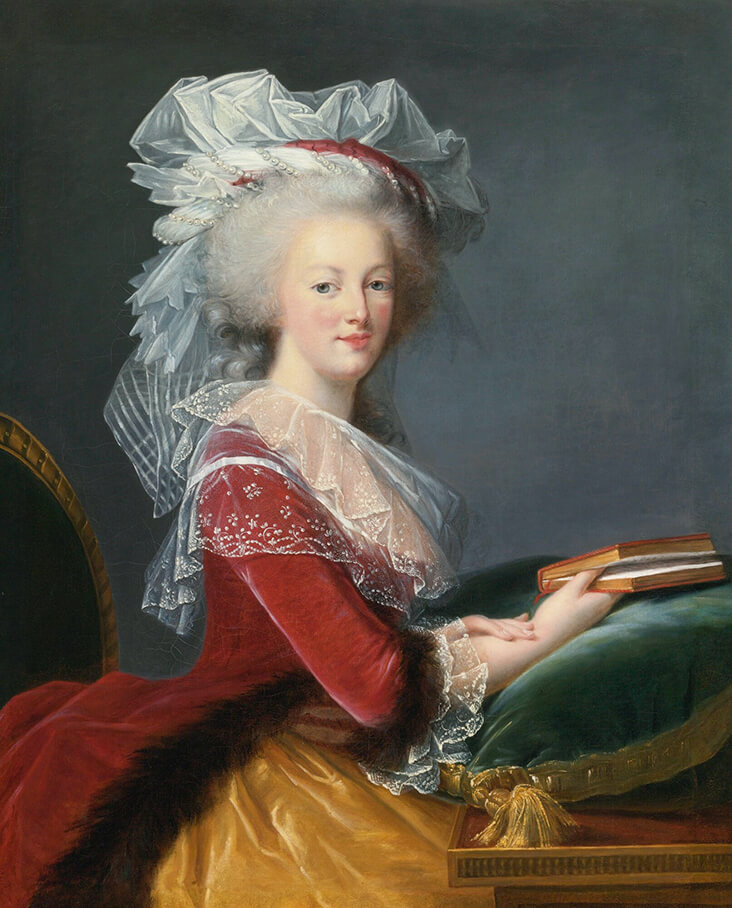 Born in Paris in 1755, the young artist rose to success early in life. After receiving training from her portraitist father at the age of 12, Le Brun showed great promise and chose to continue channeling her energy into the arts. Women were forbidden from training as artists in the 18th century, but this did little to deter Le Brun’s ambitions; by the tender age of 15 she was already building up her own roster of clients. Such was the extent of her talent and ambition, Le Brun joined the Academie de St Luc when she was 19, and just a year later was promoted to royal court painter. 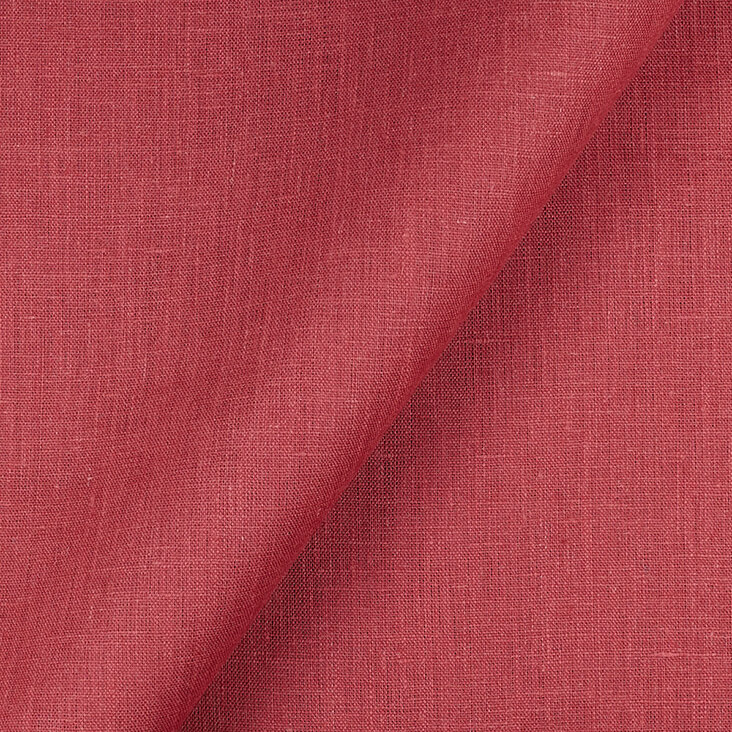 Le Brun’s reputation quickly gathered pace in the later 18th century when she was appointed Marie Antoinette’s official portraitist. She made over 30 portraits of the young queen, some of which caused quite the scandal amongst the conservative Parisian society – one, in particular, portraying the young queen in her nightdress earned Le Brun a such a notorious reputation that she was forced into a self-imposed exile. Portrait of Queen Marie-Antoinette, 1780s, is one of Le Brun’s more temperate portrayals of the young queen, capturing Marie’s intelligent determination as her unflinching stare meets ours, while one thumb holds open the page of a book. Hair and skin are as white and powdered as fresh snow, but a warm, autumnal red encircles her head and sweeps over her back in undulating curves, accentuating her youthful femininity.

Amongst Le Brun’s most prized possessions was a shawl in this exact shade of red, adorned with a decorative gold trim. This shawl cropped up again and again in Le Brun’s portraits as she playfully explored how red could add accents of rebellion or mischief into her subjects. In Portrait of Countess Golovina, 1797/1800, this determined young woman confidently sweeps Le Brun’s red shawl around herself, drenching her entire body in a fiery, impassioned red as our eyes are drawn up to her expectant young face. Glistening accents of decorative gold flicker along the trim of the shawl, further emphasising the heat of the image. 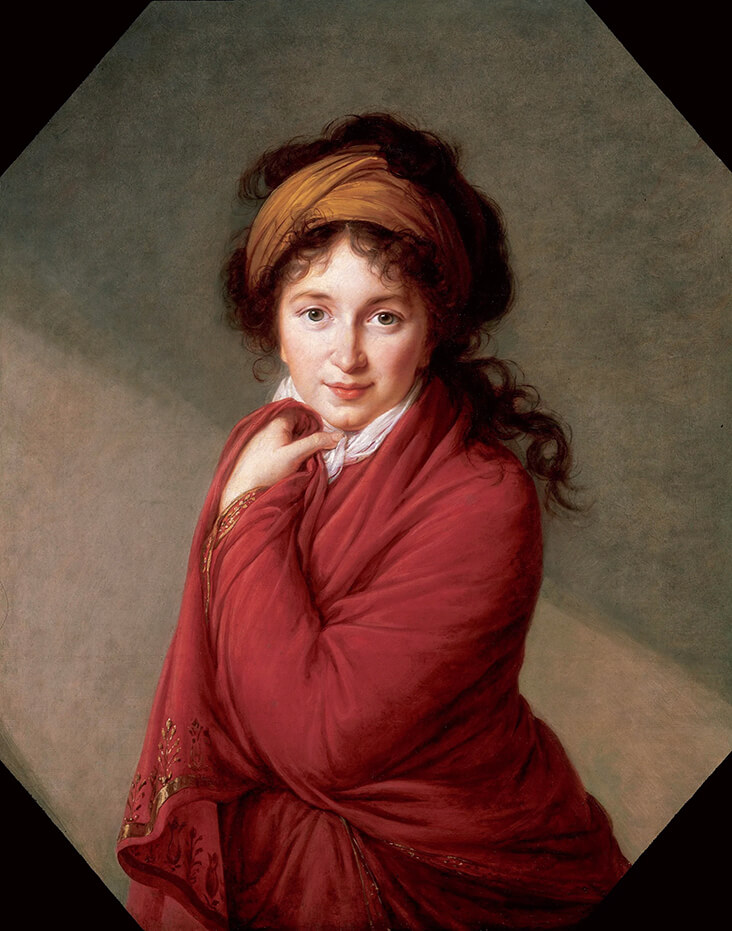 In Princess Maria Cristina di Borbone, 1790 Le Brun paints a young girl on the brink of adulthood, carelessly plucking roses that mirror her blossoming femininity. Le Brun’s gold-trimmed, red shawl is tied playfully around the model’s waist, while the same colour is echoed in a ribbon carelessly wrapped into the model’s wild, unruly hair. Here red seems to signal a rebellion against the constraints of adulthood, with streaks of daring colour hinting at the girl’s underlying free spirit waiting to break free.

As well as painting aristocrats on commission, Le Brun also made self portraits throughout her career which capture the spark of tenacity that led her towards success. In the compelling Self Portrait Age 35, 1790, Le Brun poses herself as a figure of quiet, studious determination in muted shades of black, grey and brown, while her familiar red shawl is the flash of burning life behind her, almost hidden from view, but still blazing away like an inferno.