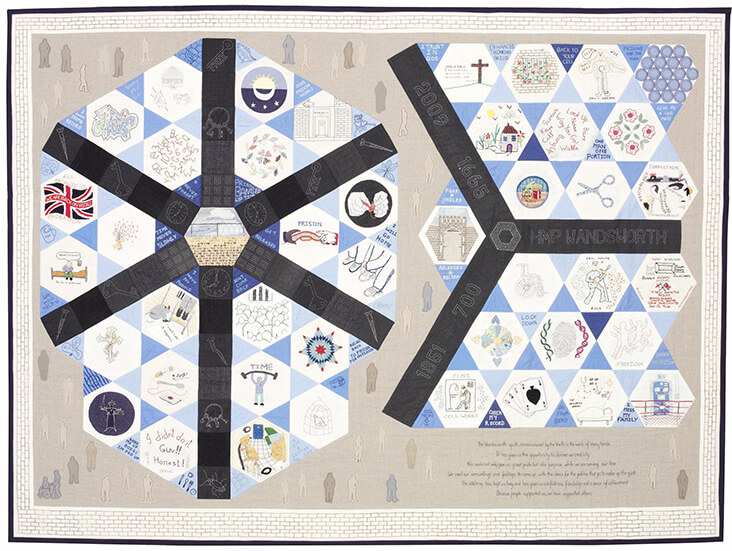 “Quilting … is an art that speaks more clearly than ever to our make and mend era.” Laura Cummings

Quilts have been in our civilization for centuries, quietly weaving themselves into the backbone of our human history. Both beautiful and practical, quilting techniques have experienced an upsurge of interest in recent decades, along with a renewed interest in the tactile physicality of hand-crafted, lovingly made objects. Defined by the process of patiently stitching together two layers with fabric in-between, the ability for quilts to provide homely, comforting warmth is undisputed, which is why they are so often associated with bedding. But the many intricately colourful styles, fabrics and patterns that have adorned quilts from all around the world are also part of a wonderfully rich and complex history, telling powerful stories about rites of passage, community and survival. Because of this, it is now just as likely to find quilted items in family homes or artisan shops as art galleries and museums. 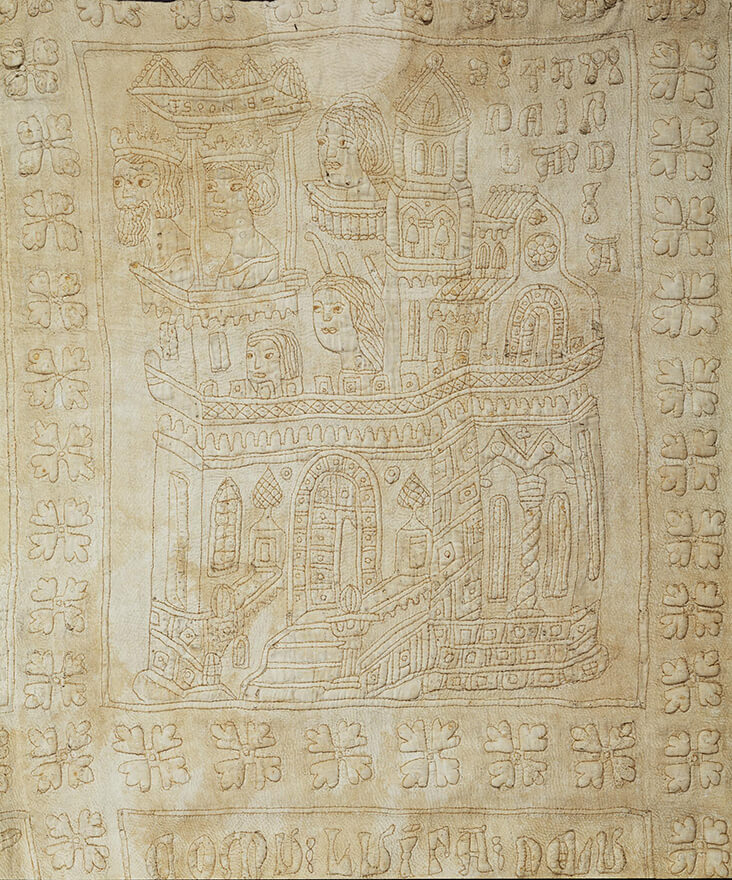 The 14th century Tristan Quilt / from the V&A Collection, London

The history of quilting can be traced back as far as ancient Egypt, where an ivory carving from the temple of Osiris at Abydos featured king of the Egyptian Dynasty wearing a quilted cloak. In medieval times, quilting techniques emerged from Europe, India and the Far East. Many of these early quilts became bed covers, so beautifully designed and made that they became adored, prized heirlooms shared amongst families as a symbol of generational love. The technique of quilting was also passed from one generation to another, making it a vitally important strand of family tradition. The Tristan Quilt, illustrating the story of Tristan and Isolde is a stunning example that emerged from this era; made in 14th Sicily, it is one of the oldest decorative quilts in the world, currently belonging to the V&A museum in London. Quilting also appeared in medieval clothing, particularly in items made for warmth such as padding under armour, or as a top layer for those who couldn’t afford the full metal garb. 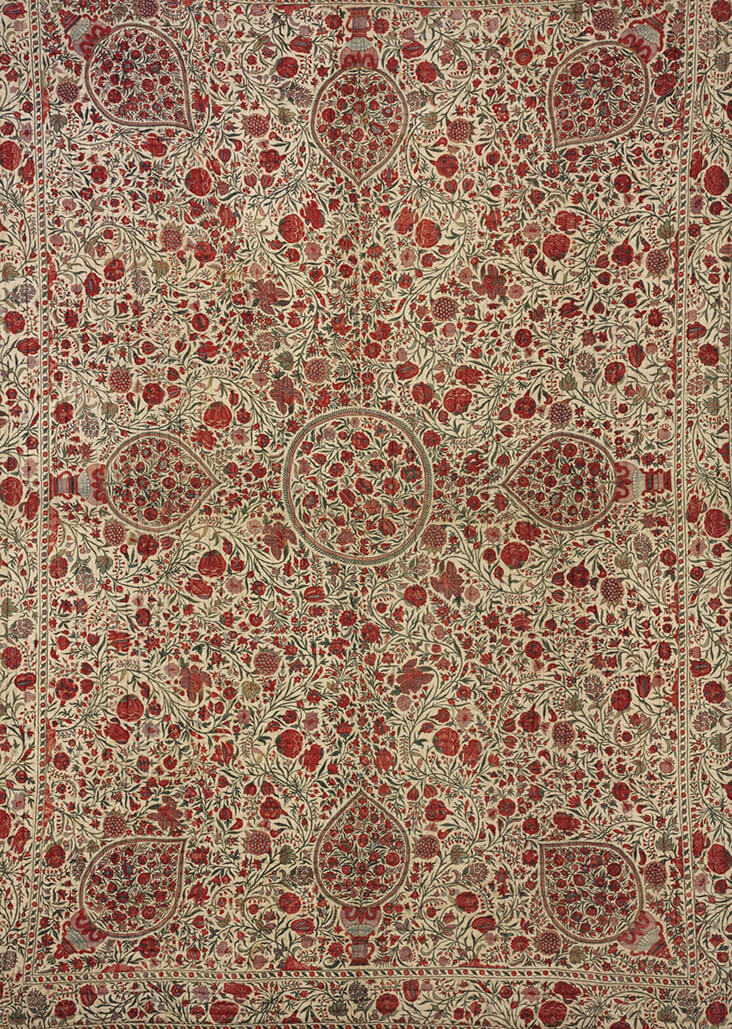 A stunning quilt from the 18th century Coromandel Coast / made in Indian chintz fabric / from the V&A Collection, London

India produced some of the finest quilts of the 17th century in stunningly coloured and patterned chintz fabric, which were incredibly popular as exports around the rest of the world. They were particularly prevalent and influential in Europe, where quilting techniques gathered pace and became a valuable part of domestic culture. Vital for human warmth and survival, European quilts also evolved into a true art form. Colourful patchwork quilts made from discarded scraps and pieces of fabric were made for life changing occasions such as getting married or having a baby, while the time and care taken to make them a powerful marker of a shared human experience. 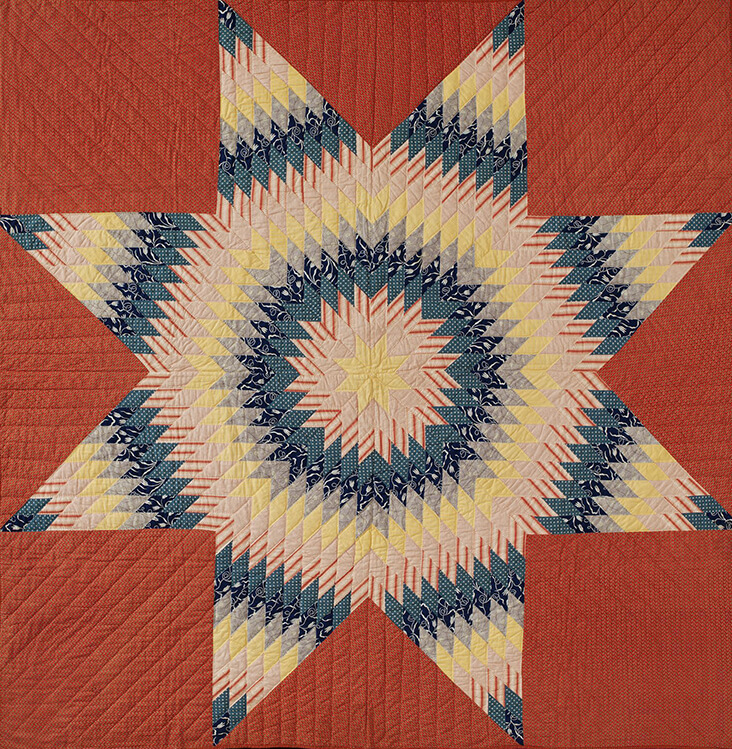 These traditions were carried by early settlers into America, where quilting truly came into its own; even today this era is still most famously associated with the historical tradition of quilting. Money was scarce but communities were strong; groups would often gather to make quilts together – one popular pastime was the quilt making ‘bee’, where women would gather together and stitch a quilt for a bride to be in just one single day. A stunning example of this tradition is seen in the bridal quilt made for the wedding of John Haldeman and Anna Reigart in 1846, featuring a ‘sunburst’ pattern as a symbol of their dawning life together.  Quilting also took on political connotations in early America; blankets were sold to raise money during the Civil War, and often contained anti-slavery stories or poems carefully woven in. Some say quilting even held a vital role in the Underground Railroad – appliqued panels were hung outside certain safe houses to show slaves where to hide. Many other makers from this era, and throughout the wide history of quilting, have explored how the medium can weave together intimately personal stories of struggle and survival with a uniquely visceral, hand-made quality. Lucinda Ward Honstain’s famous Reconciliation Quilt from 1867 is a hugely influential example which contains 40 appliqued tales illustrating her experiences following the resolution of the American Civil War. 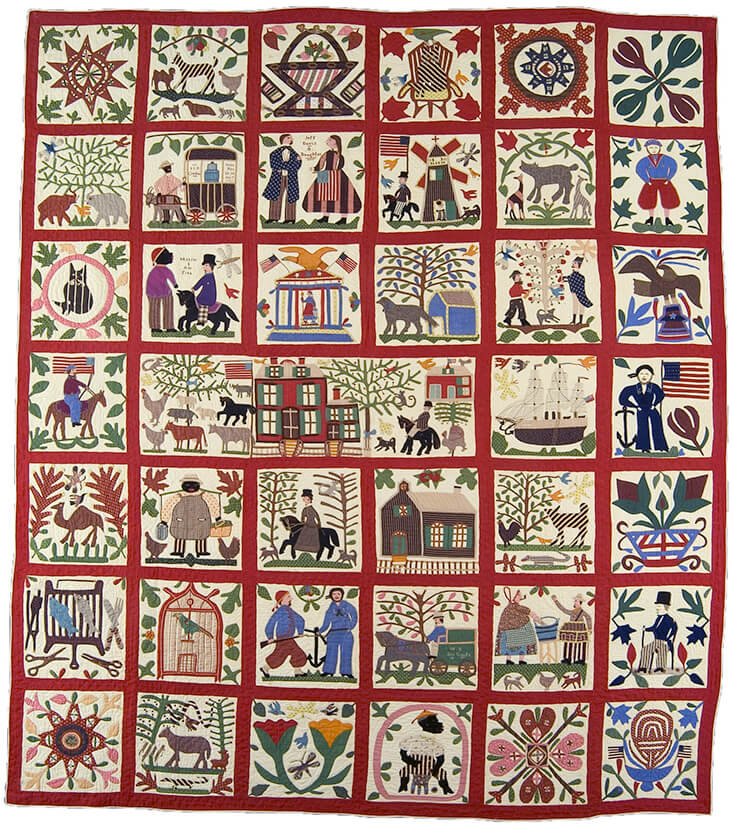 Motifs in quilts of the 19th century became increasingly varied following the invention of the sewing machine, ranging from richly complex stories, both real and imagined, that unravel over surfaces like the pages of a book, to richly adorned playing card motifs or stunningly abstract geometric designs. In the 1970s the rise of the hippie era saw homespun techniques flooding into mainstream culture like never before and since then, they have never really left. In recent years, iconic patchwork and quilting techniques have been adopted by a huge range of makers, from military men to groups of prisoners and some of the world’s most famous contemporary artists including Grayson Perry and Tracey Emin, revealing just how widespread and emotionally resonant the process continues to be.