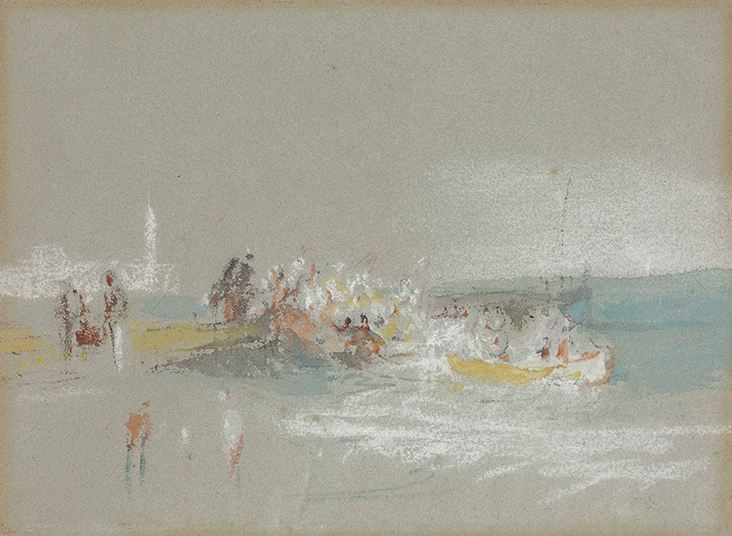 DOVE linen’s near white has just a hint of turquoise blue, mimicking the pale, salty light of JMW Turner’s stunning Venetian marine views. Known as the ‘painter of light’, Turner was entranced by Venice, with its green-blue water reflecting the sky into illusions of infinite, endless space. The floating city became a recurring theme in his breath-taking later work, in which picturesque views are dissolved into sublime, wide open vistas of colour and light. 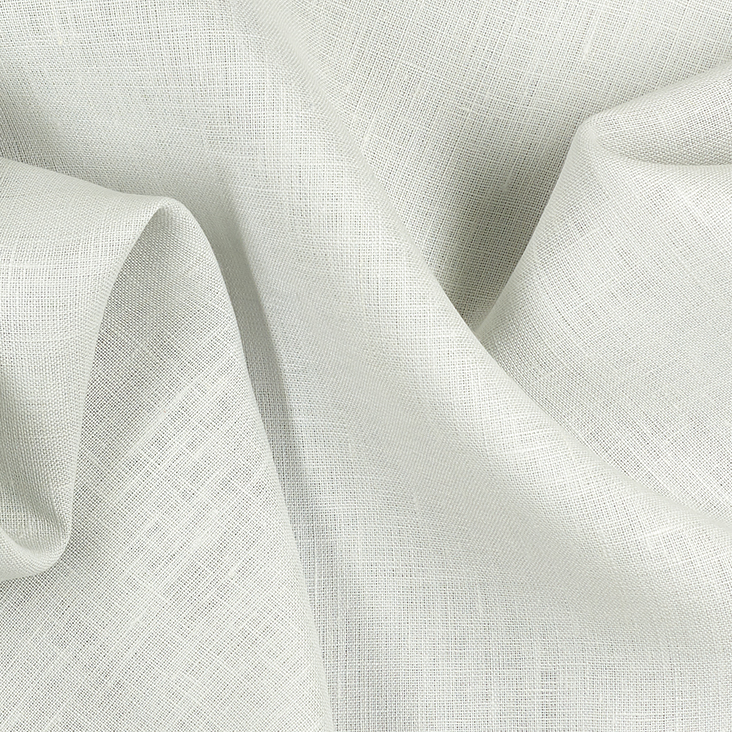 Known today as Britain’s greatest painter, Turner was born in London in 1775. Showing early signs of artistic talent, he was encouraged to train at the Royal Academy from the age of 14. By the time he was 16 he had already toured the UK to paint landscapes, which he would soon begin exhibiting and selling in London while still a teenager, enabling him to earn an income from his art. Early plans to travel were halted by the Napoleonic Wars, but by 1802 he was able to visit Paris and the Swiss Alps, making detailed topographical studies on location which would come to inform his larger oils on canvas. By 1815 he was free to travel more widely, and in 1819 he first visited Italy; so infatuated, he called it “the land of all beauty.” 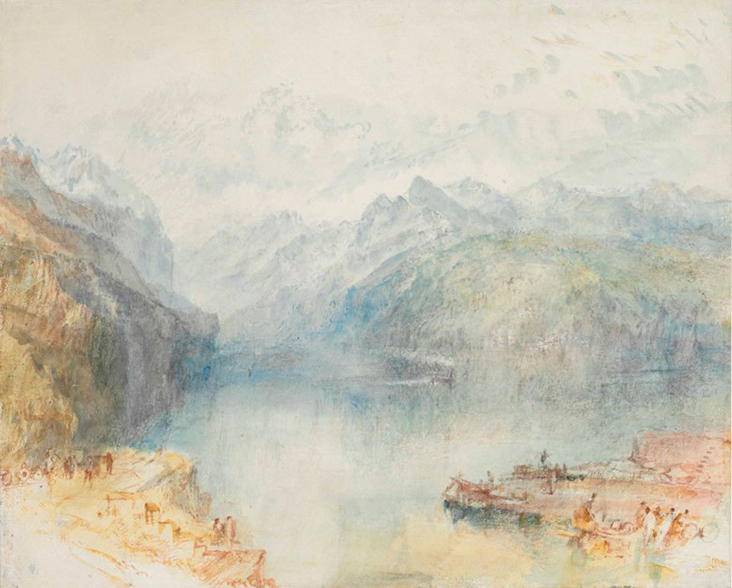 The Lake of Lucerne from Brunnen, with a Steamer / Joseph Mallord William Turner / 1828

Visits to Venice in 1819 had a particularly profound impact on Turner, and he would make return trips in 1833 and 1840, producing a seemingly endless stream of lucid pencil studies and watercolours that captured the glistening luminosity of light falling on rippling water. Painterly discoveries made in Venice led Turner to loosen his entire painterly language and the infancy of abstraction is often traced back to these radical, expressive studies, which captured fleeting energy and motion with a sparse, deft language. “My business is to paint what I see, not what I know is there,” he mused, predicting the language of Impressionism that would soon follow. Turner worked on the large oil painting Venice, from the Porch of Madonna della Salute, 1835, in London based on studies from both his early trips to Venice, translating the mesmerizing ripples of hazy light falling onto Venice’s green canals in pale turquoise and grey tinges. The city’s unique and distinctive marine light melts the warmly toned, sandy architecture around it into a soft, indistinct haze.

Though Turner’s watercolours were initially made as a cursory form of note taking, lending him just enough material to translate onto a larger scale, they are widely celebrated today as bona fide works of art in their own right. In Venice: Looking across the Lagoon at Sunset, 1840, amber sunlight fades into the misty horizon while pale blue sky reflects and shimmers across the evening water, capturing a fleeting moment in time before darkness falls. Venice: San Giorgio Maggiore at Sunset, from the Hotel Europa, 1840, conveys instead the naked, fresh coolness of morning, as silvery turquoise throws itself across the sky and ripples across the water below, contrasting with peach toned, skeletal architecture dancing across the horizon as delicate as air; he came to realise in his late career, “indistinctness is my forte.” 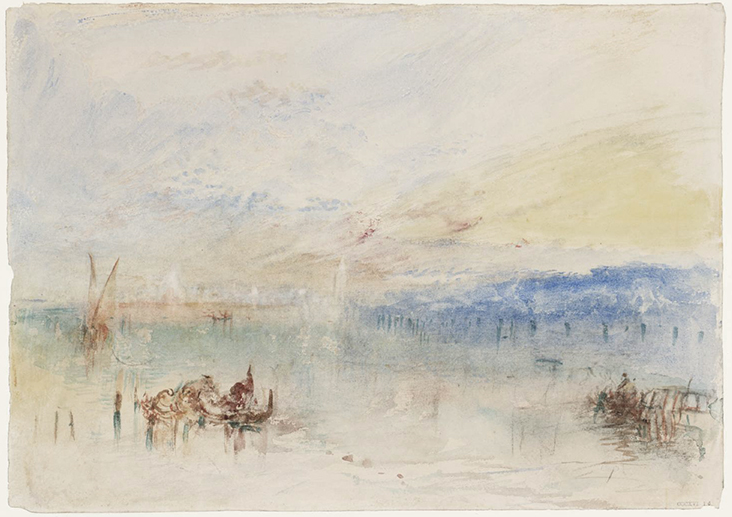 Approach to Venice, 1844 was based on these washy, ethereal watercolours, but earthy dark tones bring a pervading gothic mood into the scene, describing just enough form in the foreground to suggest an unfolding narrative. In the distance, a golden sunset shimmers with sublime energy through a misty haze and lights up the entire canvas, bleeding out into the palest baby blue sky and minty green water beyond.